US Air Force Global Strike Command (AFGSC) expects to complete an analysis of its bomber force numbers by the end of this calendar year, but already says that number will be based around a “minimum” operational requirement for 100 Northrop Grumman B-21s.

The major command’s chief Gen Robin Rand said at the Air Warfare Symposium in February that America’s needs somewhere between “175 and 200” combined strategic and conventional bombers.

The command counts 159 bombers in its inventory today including the B-1B, B-52H and B-2A.

“AFGSC continues to analyse the required future bomber force structure which includes successfully fielding a minimum of 100 B-21s,” an AFGSC spokeswoman says in an email. “AFGSC is very focused on ensuring we are ready with properly trained operators and maintainers for the B-21. The minimum of 100 B-21s that we intend to field will fly with a mix of legacy bombers and the total number of bombers required is still being evaluated.”

The air force has moved forward with its $80 billion bomber acquisition after teammates Boeing and Lockheed Martin unsuccessfully challenged the selection of Northrop.

The secretive B-21 aircraft, powered by an undisclosed Pratt & Whitney engine, will enter service sometime in the mid-2020s. It will replace the B-1 and B-52, and eventually the Northrop B-2. 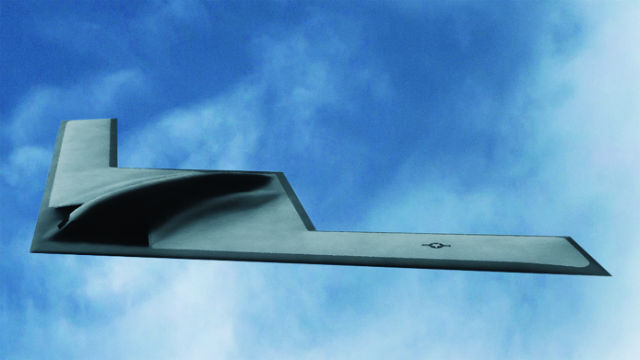 However, if Global Strike’s bomber count is bumped up, the air force may retain some of those old bombers for longer until the B-21 is fielded in greater quantities.

“Eventually, the B-21 will replace much of the legacy bomber fleet,” AFGSC confirms. “We must continue to sustain and modernise the B-1, B-2 and B-52 until sufficient B-21’s are operational.

“This process will not occur overnight, it will take time to manufacture B-21s in addition to organising and training aircrew and maintainers. One main focus is to ensure we are able to meet current taskings and US Central Command requirements by sustaining and modernising our current bomber force. The other is successfully fielding a minimum of 100 B-21s.” 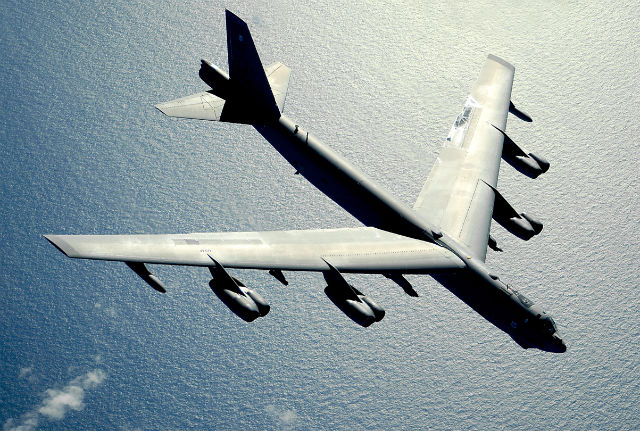 This month, B-52s from Barksdale AFB in Louisiana arrive at Al Udeid Air Base, Qatar to join the air campaign against the Islamic State terrorist group in Iraq and Syria, assuming the mission from the B-1Bs that brought home for maintenance and upgrades.

Though it’s equipped for nuclear war, air force officials say the new aircraft will operate as a conventional munitions truck and “battle network node” in its day-to-day role.