The 15,000l (4,000gal) system that can jettison 6,000l (1,600gal) of retardant per second was chosen over other types like the modular airborne firefighting system (MAFFS), which is already used by Air National Guard and Reserve C-130s in support of the wildfire mission.

The selection of the Canada's Coulson Group to deliver a firefighting system for the HC-130H platforms concludes a long-running contracting process that began in July 2014 and entered source selection one year ago with the release of the final statement of work in May 2015.

Under a congressionally mandated plane swap deal, the Forest Service is receiving second-hand Coast Guard aircraft in exchange for the USAF transferring 14 of 21 Alenia C-27J Spartan airlifters, which it retired upon delivery in 2013, to the homeland security service.

A congressional directive in the fiscal year 2014 national defence authorisation act called on the Air Force to modify the former Coast Guard aircraft on behalf of the Forest Service, which has a minuscule aviation budget compared to the military. The C-27Js would then augment the Coast Guard’s Airbus Defence & Space CN235-based HC-144 Ocean Sentry in the medium-range surveillance role.

The $16.4 million contract to “design, manufacturing and install” the HC-130H retardant delivery system was awarded to Coulson Aviation on 18 May, via the contracting office at Robins AFB, Georgia.

The statement of work called for the installation of seven 13,250l (3,500gal) systems, including one trial kit, one verification kit, three production units and two option units over a four-year period. 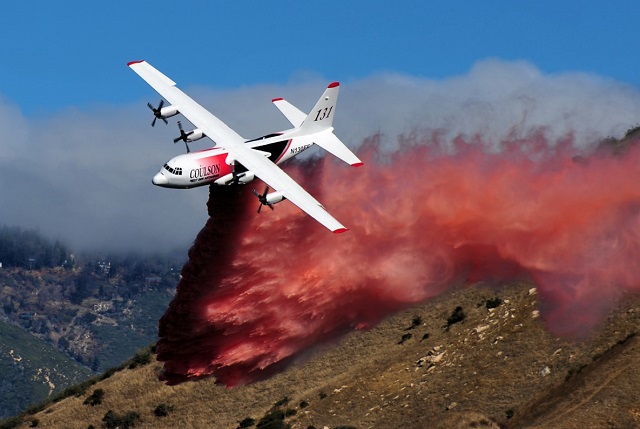 Wayne Coulson, chief executive and president of Coulson Aviation, explains in a company statement that the RADS-XXL retardant delivery system was developed in 2012 for installation on the company’s for-hire C-130H/Q firebomber that supported summer firefighting operations in Australia and is now on contract with the US government.

“Our next-generation SMART Controller, coupled to the C-130 RADS-XXL, is the premier C-130 firefighting system in the world,” says the company’s vice-president of aviation Britt Coulson. “We are the first system in the industry to employ technology to not only aid and reduce the workload of the pilots, but to produce a superior drop pattern on the ground.”

According to the delivery scheduled outlined in the Air Force’s statement of work, the first outfitted HC-130H should be delivered within one year and each kit should take no longer than six months to install. A one-month flight test period is planned to ensure proper aircraft integration and retardant delivery accuracy.

The first Coast Guard HC-130H to be transferred to the Forest Service supported the 2015 wildfire season, using an 11,360l (3,000gal) MAFFS unit as an interim solution.

Earlier this month, the Coast Guard received its second operational C-27J aircraft, assigned to Air Station Sacramento in California. The HC-27J project office in Elizabeth City, North Carolina received its sixth regenerated Spartan aircraft in April. It was delivered out of temporary storage by the aerospace maintenance and regeneration group at Davis-Monthan AFB in Arizona. It is being flown to Sacramento to support aircrew training. 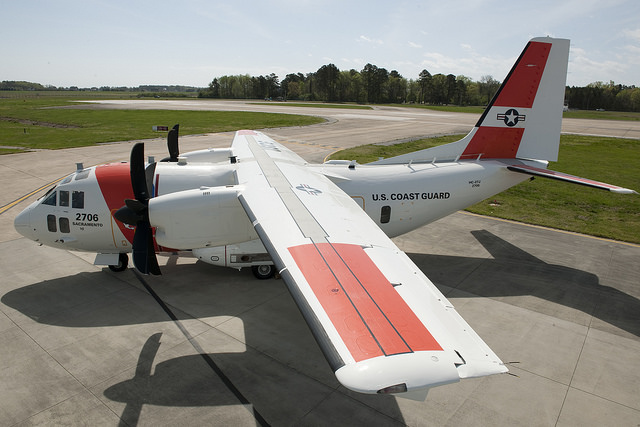