The US Air Force will survey the market for airframe manufacturers capable of delivering up to 10 “green aircraft” starting in 2018.

The desired aircraft must have the size, weight, power and cooling to accommodate 5,897kg (13,000lbs) of prime mission equipment including two 272kg (600lb) “transmitter/receiver” payloads on each side, plus defensive systems to counter electro-optical/infrared-guided missiles and "laser threats". It must support two aircrew and five mission specialist working at consoles in the main cabin.

According to the capability request for information (CRFI) notice, the “notional” timeline requires airframes to be delivered for integration at a rate of one per year starting in fiscal 2018. Initial operational capability is desired by fiscal 2020.

The air force declined to associate the CRFI with any specific mission requirement or programme, and a spokesman for the contracting office at Wright-Patterson AFB in Ohio says the notice is for market research purposes only and could influence “several programmes or none at all”.

So far, Bombardier says it will respond to the survey. “We will assess the best platform to propose, building on our past and recent experience with programs like Airborne STand-Off Radar (ASTOR), Battlefield Airborne Communications Node (BACN) and Joint Surveillance Target Attack Radar System (JSTARS),” a Bombardier spokeswoman tell Flightlgobal. 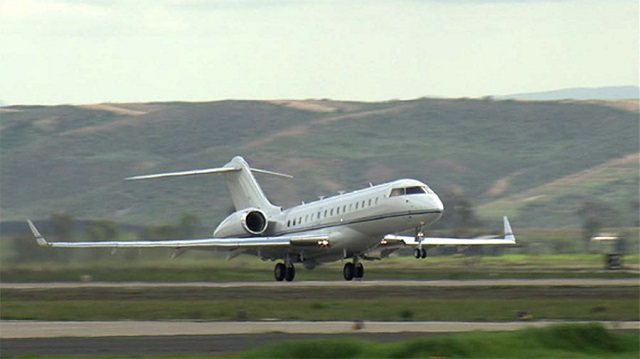 Embraer and Gulfstream could also put forward competitive offers, ranging from the ERJ-145 to the G550 or G650 business jets. Boeing and Airbus could also provide input regaring their smaller airframes.

The prospective aircraft must be capable of maintaining Mach 0.75 and an altitude of 41,000ft with an on-station loiter time of 3.5h minimum,” the notice says. It must have a power output of 170kVA.

The CRFI comes as USAF seeks to replace the E-8C “JSTARS” fleet with 17 radar-carrying commercial business jets. A question mark hangs over that programme after it failed to secure “milestone A” approval from the Pentagon at the most recent meeting.

USAF operates several outdated aircraft that it wants to replace with smaller platforms that are cheaper to operate and maintain. Those include the EC-130H Compass Call (electronic attack), RC-135 Rivet Joint (signals intelligence), E-3 Sentry (early warning and control). 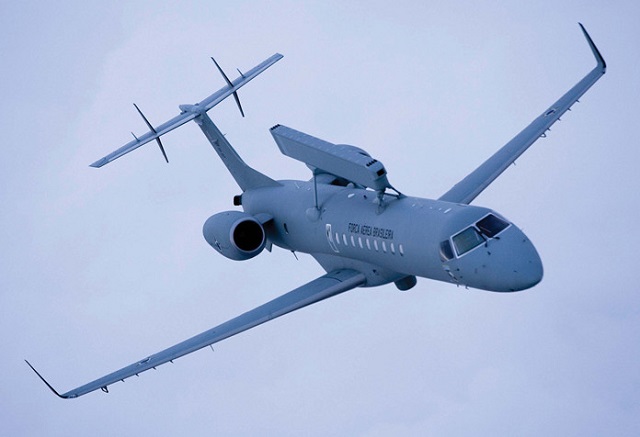 Embraer Defense Systems produces a number of special-mission aircraft based on the EMB-145 platform from its commercial side, including this example for airborne early warning and control.