The US Air Force plans to introduce Boeing and Raytheon’s “CHAMP” high-power-microwave emitting cruise missile into the combat force on board the 1990s conventional air-launched cruise missile as an “interim capability” while the technology transitions to Lockheed Martin’s JASSM-ER.

Air Combat Command chief Gen Hawk Carlisle says the computer-killing capability, which knocks out electronic equipment with bursts of high-frequency electromagnetic energy, is a “great capability” that will be fielded in small numbers initially with US Global Strike Command – the air force’s nuclear combat force.

“We’ve talked about the transition of that capability for Global Strike Command, but that will probably be small numbers because what we really want to do is get CHAMP into next-generation missiles, so JASSM-ER,” Carlisle said at an Air Force Association event in Washington.

“[Global Strike commander Gen Robin Rand] and I are talking about how to transition some number, an interim capability that’s on the current [CALCM] system and then how do we move to even an improved capability into the next generation air-to-surface cruise missiles we’re producing today.” 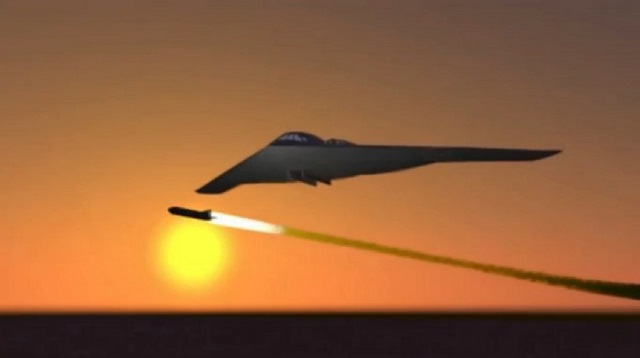 The weapon has been in development with the Air Force Research Laboratory since 2009 and was successfully demonstrated at a test range in Utah in 2012. The technology has been deemed ready for development and fielding, and is already being improved and adapted to new platforms such as the JASSM-ER and possibly even reusable unmanned aircraft.

AFRL has been pursuing the Counter-electronics High Power Microwave Advanced Missile Project (CHAMP) as a niche capability that is difficult and expensive to harden against.

In terms of air superiority weapons, Carlisle says the development of next-generation air-to-air missiles is also “an exceptionally high priority”.

Raytheon’s AMRAAM is the current go-to Western weapon for beyond-visual-range air combat, but new long-range missiles being fielded by Russia and China are a significant concern to the Pentagon.

The air force is currently exploring a range of next-generation weapon concepts as it also pursues a sixth-generation fighter aircraft.