The US Air Force has not only ditched long-standing plans to retire the hardy Fairchild Republic A-10 attack airplane but is launching a follow-on wing replacement programme to keep the combat veteran flying well into the next decade.

On Tuesday, defence secretary Ashton Carter announced plans to keep the “Warthog” that first flew in 1972 for another five years, with a revised retirement date of 2021.

The same day, the air force released a draft statement of work regarding construction of slightly updated versions of the A-10 enhanced wing assembly currently built by Boeing and Korean Aerospace Industries. Boeing’s contract includes 173 wings with options for 69 more, but the air force confirms that ordering period ends in September. Boeing has said those wings, based on 3D models of the original thick-skin wing design of the 1970s, could keep the aircraft flying past 2040.

“This will not be a sole-source acquisition to Boeing, but Boeing will have every opportunity as will other approved sources of supply to compete in the source selection process for the A-10 TUSK wing requirement,” says a spokesman for the programme. Approved sources include Boeing, Lockheed Martin, Israel Aerospace Industries and Spirit AeroSystems and representatives from each company attended an industry day at Hill AFB in November. 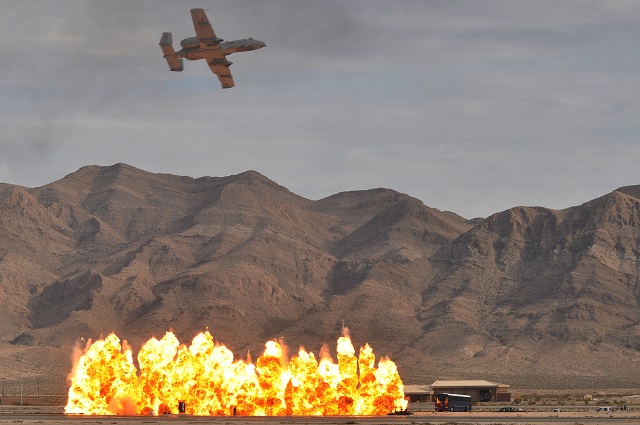 According to contracting notices, the A-10 thick-skin urgent spares kitting (TUSK) wing assemblies programme could deliver up to 120 complete wings at a rate of 10 to 25 units per year over a five-year contract period. The air force’s fiscal year 2016 budget includes funding for the first wing and three low-rate initial production units.

“Wing assembly will include all structures, fairings, flight controls, systems, electrical harnesses, and hardware that makes up a complete wing from tip to tip,” the statement of work explains. “Excluded will be weapons mounting pylons, landing gear, countermeasure and classified systems.”

The first and subsequent wing assemblies are to be installed on operational A-10Cs and will remain there once certified, the document adds. The air force maintains 284 operational A-10C with an average fleet age of 34 years and 77% mission-capable rate, air force data shows.

Though the air force has been trying to retire the A-10 since 2014 to generate savings, supporters within the organisation and in Congress have successfully lobbied against the move. Lockheed Martin’s F-35 and other fast jets were meant to assume the Thunderbolt II’s close air support role.

Introduced in 1977, the A-10 has become an invaluable tool for hunting Islamic State militants in Iraq and Syria and it frequently teams with AC-130 gunships to rain down destruction on oil trucks, tanks, utility vehicles and other insurgent-held equipment. Carter claims the aircraft’s success in ongoing counter-insurgency operations is what saved it from the boneyard. 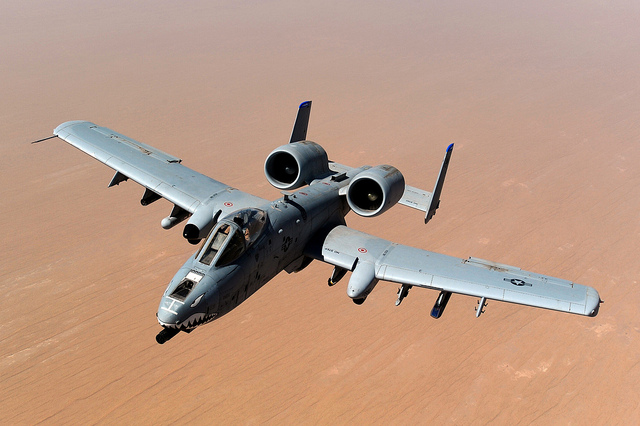