The US Air Force has revamped some firefighting training manuals and is acquiring new equipment in response to a tailpipe fire that caused $64.4 million in damage to a Northrop Grumman B-2 bomber in 2010.

In 2011 the service released an updated technical manual for firefighters that shows the location of the B-2’s exhaust nozzle bays in the tailpipe, and gives instructions on how to fight nozzle bay fires, the USAF Pacific Air Forces tells Flightglobal.

“At the time of the B-2 fire in February 2010, there was no training to provide familiarity with the tailpipe as a specific fire hazard,” says the USAF.

The fire on 26 February 2010 started on the ground at Andersen AFB in Guam, when the crew started all four of the aircraft’s engines, then shut down one following a generator problem, according to a recently-released accident report.

On restart, an adjacent running engine drew fuel vapor into the tailpipe, and the vapour ignited. The fire burned for 26min, and firefighters in Guam subsequently told investigators they did not know the tailpipe bay existed, or about the possibility of tailpipe fires. 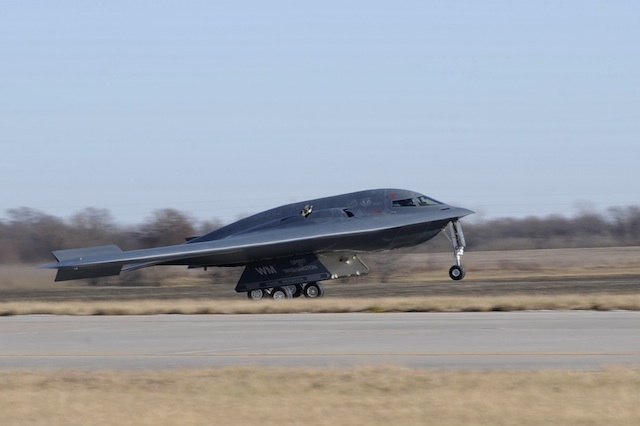 In addition to updating its training manual, the USAF also “developed special nozzle bay firefighting equipment for bases like Andersen that don't have aircraft firefighting trucks with high-reach roof turrets,” the service says.

Andersen AFB has had the new equipment since March 2010, and fire crews there have been trained to fight nozzle bay fires, the USAF says. Also, the base’s fire department will be acquiring new high-reach trucks that will enable responders to quickly fill a B-2’s engine bay with firefighting liquid, it adds.