The US Air Force’s first two combat-coded Lockheed Martin F-35s have come off the assembly line at Fort Worth in Texas, with the second aircraft completing its first flight last week.

Those aircraft, AF-77 and AF-78, are being prepped for delivery to Hill AFB in Utah where they will be operated by the 34th Fighter Squadron, the air force’s first operational F-35 group.

The former F-16 squadron known as the “Rude Rams” reactivated in July and aims to declare initial operational capability with at least 12 A-model F-35s in August 2016.

In a statement on its social media account, the squadron’s parent unit, the 388th Fighter Wing, said the second aircraft conducted its first production flight test at Fort Worth on 4 August. 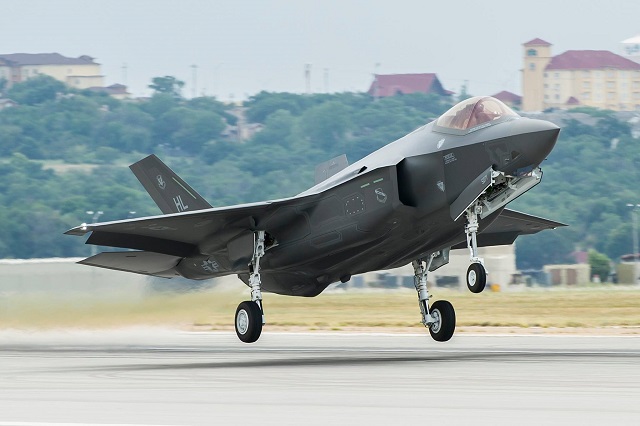 US Air Force and Lockheed Martin

“Very soon both AF-77 and AF-78, our first two combat-coded F-35s, will be taking off from the runway at Hill AFB,” the wing says, adding in an earlier post that Lockheed has already begun delivering spare parts and supplies to the base for maintenance of the first few aircraft.

The base is already well versed in F-35 maintenance and sustainment, since its Ogden Air Logistics Center is the primary location for F-35A depot maintenance.

The first batch of combat F-35s are due to arrive at the base in September, which will mark the start of the squadron’s relatively quick journey toward IOC. The US Marine Corps’ first operational F-35 squadron – the “Green Knights” of Marine Corps Air Station Yuma in Arizona – declared IOC with the B-model last month.

As of July 20, Lockheed Martin had delivered 69 F-35As including four for to international customers. The air force’s programme of record calls for production of 1763 jets.