The exhaust nozzle of the Zefiro 9 solid rocket motor was damaged during its second firing test at the Salto Di Quirra Inter-force Test Range in Sardinia on 28 March.

The Zefiro 9 will power the third stage of the European Space Agency’s future small Vega launcher, due to begin launching satellites in 2008. Sensors had detected an internal motor pressure drop 35s after ignition. ESA has set up an investigation and industry teams are analysing test data. 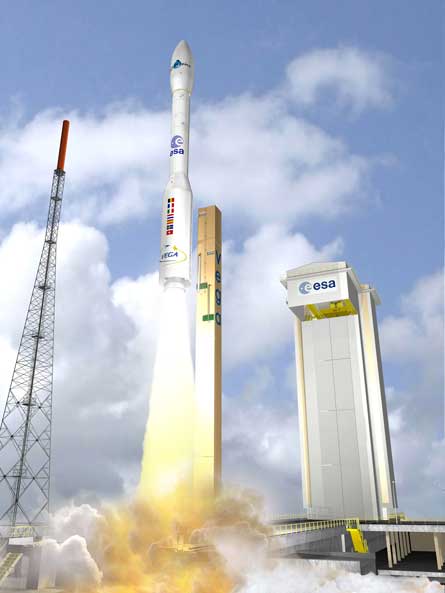 The Vega will begin launches in 2008

ESA has signed an agreement with New Zealand for a tracking station for the maiden launch of the Ariane 5 ES rocket, which will loft the agency’s Automated Transfer Vehicle (ATV) cargo spacecraft to a 260km (161 miles) orbit.

The Ariane 5 ES ATV mission analysis concluded that separation of the ATV, its injection into the target orbit and the third ignition of the launcher’s upper stage could best be monitored from the Australasian region. The ATV’s maiden flight will not be until the third quarter of this year at the earliest and is more likely to be in 2008, say ESA sources.