Airbus Defence & Space has carried out flight testing of its A400M transport on a specially prepared sand runway during certification demonstrations in Woodridge, UK.

The surface is the last of three unprepared landing strips that the company is certifying the aircraft to operate from, and involved aircraft MSN2 performing three weeks of testing in August.

This will now be followed by a final week of tests during which the Atlas will carry a higher payload, the company says.

“The A400M demonstrated excellent performance in taxiing manoeuvres, such as U-turns, and during take-off and landing on the 1,600m [5,250ft] strip,” Airbus says. 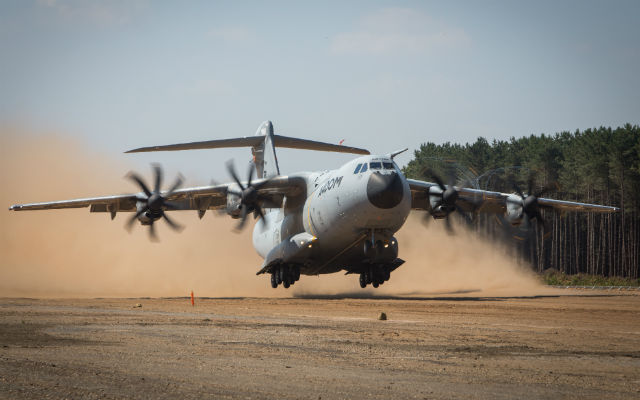 Previous testing saw the transport certificated to take off and land on a gravel surface during trials in Ablitas, Spain, while certification from a grass runway took place at Écury-sur-Coole, in France, in October 2015.

To date, 31 aircraft have been delivered, Flight Fleets Analyzer shows, including nine each to the Royal Air Force and French air force.