VIDEO: AW169 touches down at rotorcraft convention in Florida

The newest member of the now-Leonardo Helicopters civil rotorcraft family was parked at a nearby airport and seized on a break in the seasonally stormy weather to land at the conference centre.

Sources say it was not easy getting permission to land the test helicopter at the site, with about a one-week window to gather the necessary approvals from the local county, US Federal Aviation Administration (FAA) and management at the Palm Beach County Convention Centre.

AW169 project pilot Chris Hyder put the aircraft neatly down in the loading dock at about 11:45 local time, adjacent Sikorsky’s trailer which transported the S-97 Raider demonstration model to the site.

After gaining European Aviation Safety Agency certification last July, the 4,6t AW169 programme has now wrapped up flight testing in America in support of FAA approval, which is expected by mid-year, and is now focused on envelope expansion.

Hyder says the aircraft is proving very capable at altitudes of 20,00ft and at maximum gross takeoff weights at and above 4.8t. 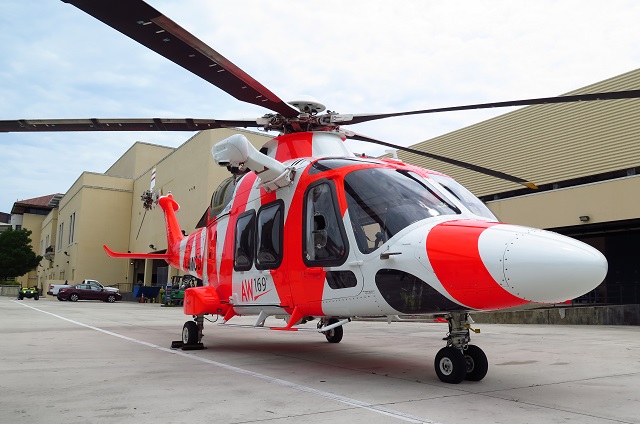 The aircraft, registered I-AWCG, is the third of four prototypes and one of two fully instrumented test aircraft. It receives any necessary modifications or equipment changes at the AgustaWestland plant in Philadelphia, Pennsylvania, where the AW169 will be manufactured.

The aircraft is currently flying from place to place to complete various test points and trial modification kits in different environmental conditions, such as the hot, dry conditions of Southern California and the sub-zero temperatures of Fairbanks, Alaska – where it can validate its ice protection system.

“This is a truly new aircraft. It’s not a 1970s-modified design,” says Hyder. “A lot of times people take an old helicopter and dress it up with new avionics and call it something else. That [new] gearbox is phenomenal, the rotor system, blades, cockpit.

“What we’ve found with our baby is it handles altitude very well, so we decided to continue high-altitude envelope expansion to include Category A performance in single-engine profiles. The aircraft handles very well at 20,000ft, but we’re trying to get some of that single-engine safety." 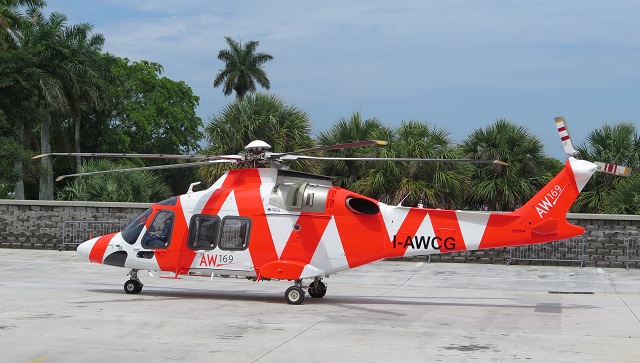 Hyder says the aircraft is undergoing full ice testing and it has demonstrated an exceptional “run dry” capability in the event of a lubricant system failure. The AW189 has proven that its transmission can run without lubricant for 50mins and the AW139 has demonstrated 60mins. Hyder would not say what run dry times the AW169 has achieved, except to say the company’s transmission designers are “both artists and engineers”.

Daniele Romiti, managing director of Leonardo Helicopters, said during a panel session on 17 May that the 8.6t AW189, 6.8t AW139 and 4.6t AW169 were a “living testimony” to the company's rotorcraft family concept.

“[It] allows us to meet the vast majority of our customers' requests with a standardised and therefore singular and cost-effective solution,” he says.

Romiti believes the company must continue to introduce new technologies like the full ice protection system in current designs as it also introduces completely new aircraft like the AW609, the world’s first civil tiltrotor. He says the company should not invest precious research and development dollars in new technologies “for the sake of playing with something more sophisticated”. Instead, Leonardo Helicopters must focus on bringing improvements online that provide value. 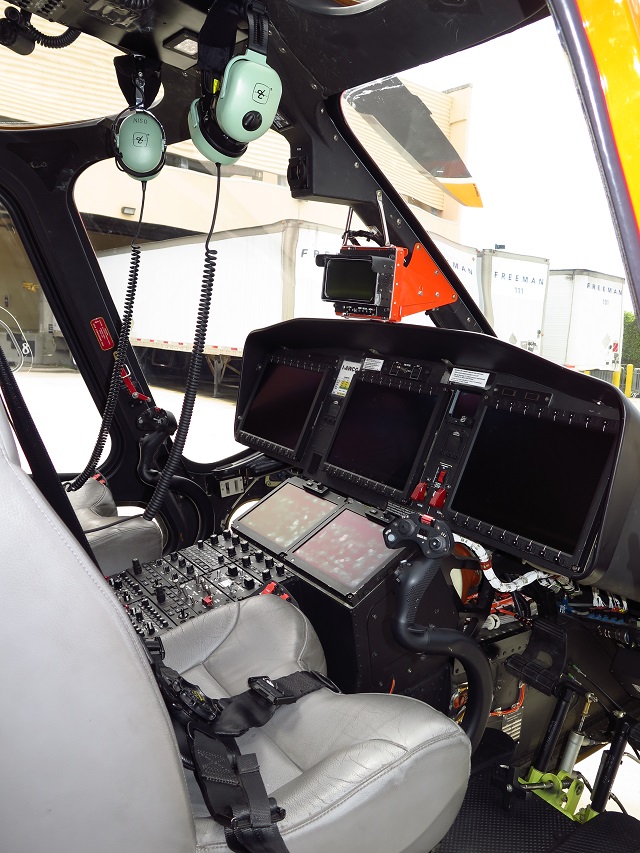