Boeing’s lead 737 Max the “Spirit of Renton” defied Seattle’s seasonal drizzle to complete its maiden flight today, taking off over Lake Washington in front of thousands of cheering employees, who the company is hailing for having completed an “extremely clean airplane” marginally ahead of schedule.

The CFM International Leap-1B-powered rival to the Airbus A320neo departed early from the Renton, Washington factory, taking off at 9.46am local time to avoid a fast-approaching storm that threatened to spoil the occasion.

At the helm was Boeing 737 chief pilot Capt Ed Wilson and VP of flight operations Craig Bomben, who touched down at Boeing Field 2h 47min later without incident.

“Luckily, we got out of Renton just in time,” says Wilson. “We didn’t look back.” 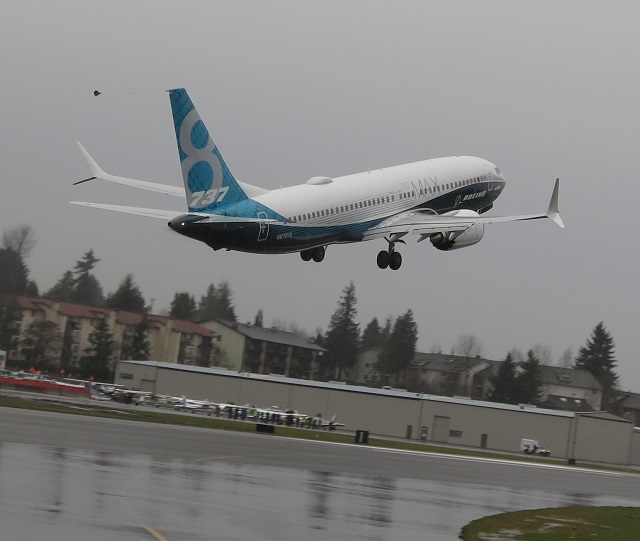 Though not the official start of flight testing, the crew says all standard flight checks were completed and the aircraft should be airborne again tomorrow to formally kick off the new aircraft test and certification process.

Keith Leverkuhn, VP and general manager of the 737 Max project, says it was a “beautiful landing” back in Boeing Field, where he and the pilots held a press conference. He says the flight was a testament to the Renton plant, which is steadily ramping up production to meet record backlogs of the 737NG and future Max 7, 8 and 9.

“I believe we have just now ushered in the new era of the ‘37 as we complete the successful flight,” says Leverkuhn. 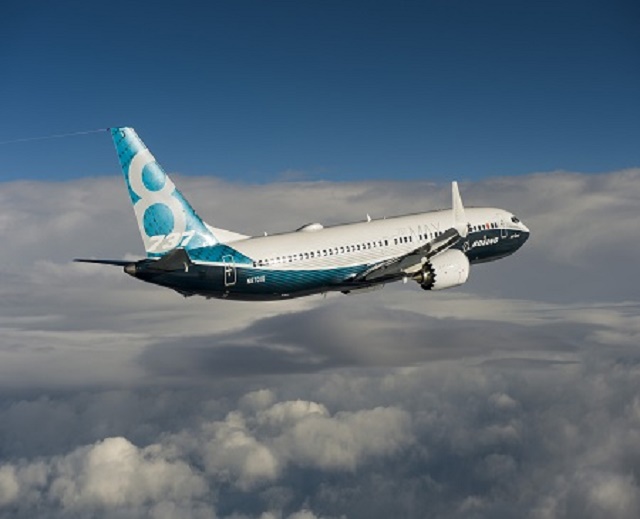 The first flight proceeds a company announcement that monthly 737 output will rise 35% through 2019, from 42 per month today to 57 in 2019. That news was countered by a spooked Wall Street, which reacted unfavourably to an expected 3% decline in commercial deliveries in 2016, mainly widebodies.

There are three lines now pumping out 737s in Renton, and the most recent addition nestled between the east and west 747NG plants is dedicated to assembling the Max series.

“The plan since we launched the Max was to have our two existing lines produce at a high rate, and then our Max line would be our go-slow line as we learn about the Max,” says Leverkuhn. “Through 2016, we’ll continue to build those Maxs at a fairly low rate while we continue flight test, and then in 2017, we’ll deliver those airplanes.”

Bomben expects “about nine months of flight testing,” and says the second jet is approximately one month away from joining the campaign.

Touching down at Boeing Field

Leverkuhn is optimistic about achieving, and potentially exceeding, the 14% fuel savings goal over the CFM56-powered 737NG.

“Compared to the initial NGs, we’re over 20% improved fuel efficiency,” he says. “Frankly, initial indications are that we can do even better than 14%.”

At the heart of the re-engined design is the Leap-1B, which CFM is confident of certifying soon. The company did not offer a date, saying that depends on the FAA process. To date, 6,144 Leap-1Bs have been ordered as the Max backlog reaches 3,072 aircraft for 62 customers.

According to the company, the engine has completed more than 8,000h and 17,000 cycles of ground and flight testing since trials began in June 2014, including almost 300h over 50 flights on a 747 testbed aircraft.

“We couldn’t be more proud to achieve this major milestone in our long history with Boeing; a relationship that began in 1981 with the launch of the 737 Classic,” says CFM International president and chief executive Jean-Paul Ebanga. 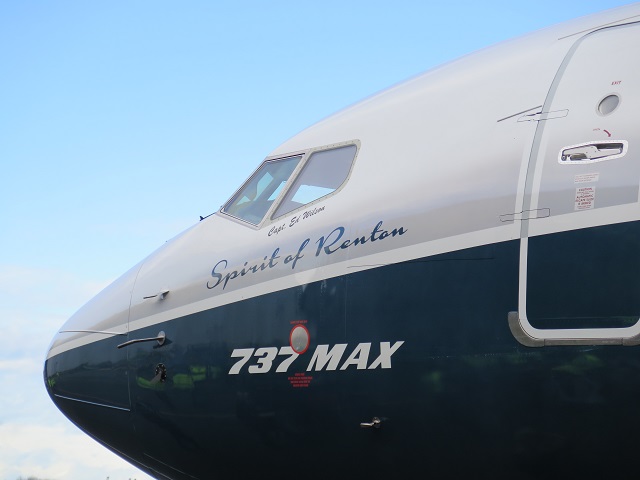 Boeing came late to the re-engining party as it mulled a clean sheet design over another 737 model, while Airbus captured market share with its “next engine option” that included a refreshed A320 powered by either the CFM Leap-1A or Pratt & Whitney PW1100G. 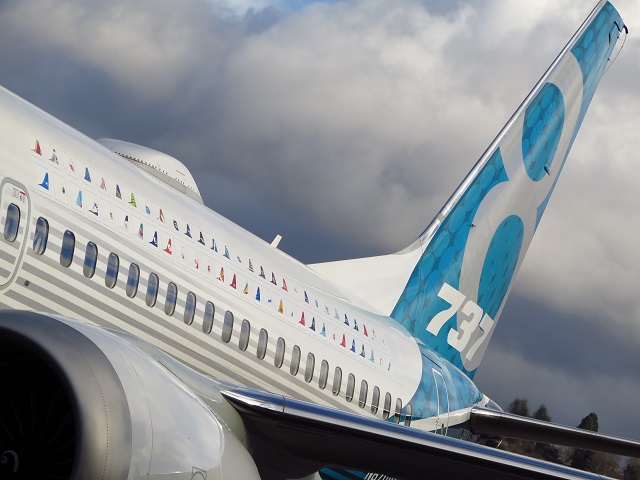 Today, the A320neo enjoys a backlog of approaching 4,500 compared to Boeing’s 3,000. But Leverkuhn is determined to gain market share and make the Max series the “preferred airplane” over its European rival.

“We think we have a terrific product here, not only in terms of technology and the fuel savings we are really confident in achieving, but we really think it will be the preferred airplane as well,” he says. 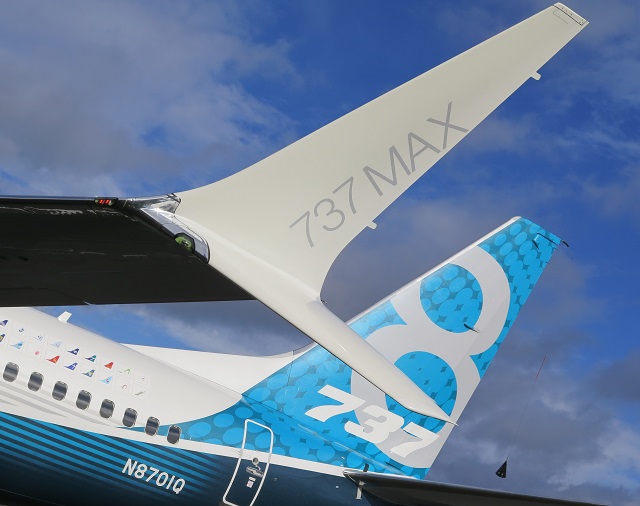