Virgin Galactic's White Knight II to roll out in May

Construction of the four-engine, twin-fuselage prototype is 80% complete at Scaled's Mojave, California facility, said Virgin Galactic at the New York unveiling of SS2 and WK2 on 23 January. 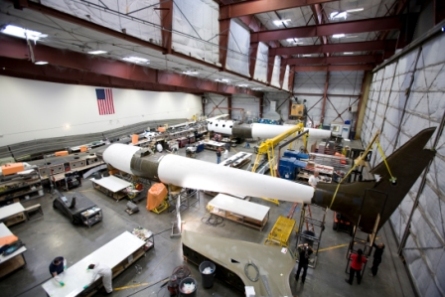 Without its SS2 payload, says Virgin Galactic president Will Whitehorn, the WK2 will have sufficient power-to- weight ratio to climb vertically after take-off.

Whitehorn tells Flight the WK2 roll out is expected 14 weeks after the New York unveiling. 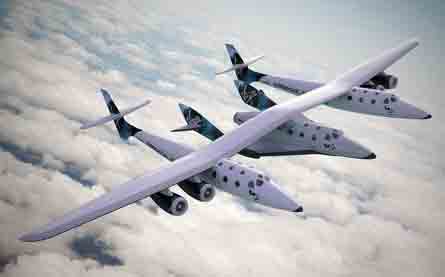 "First flight will be during the summer", and will follow a period of ground-testing, says the space tourism company's commercial director Stephen Attenborough.

Scaled's engineers had been hoping to make WK2 ready to fly at the AirVenture show in Oshkosh in July, but that is now "unlikely", says Attenborough.

Because the WK2's two fuselages will share a common cabin design with the SS2 suborbital vehicle, the carrier aircraft will be used for pilot and passenger training for the spaceship's flights.