Ronald Reagan Washington National airport is kicking off construction of a new concourse and expanded secure area, as it addresses rapidly rising passenger demand at the slot-controlled airport.

The $1 billion capital works include a 14-gate commuter concourse on the north side of the airport that will serve American Airlines regional operations and new security checkpoints that will allow the main hall in terminal B/C to move behind security.

Demolition of an existing hangar on the site of the new concourse will begin in April or May, and construction of the new security areas between the passenger pick up and drop off roadways this summer, says the operator.

The new checkpoints are scheduled to open in 2020 and the concourse in 2021.

The improvements cannot come soon enough. Passenger traffic at Washington National hit an all-time high of 23.6 million in 2016, despite having terminals designed for roughly 15 million passengers.

“Smaller planes have been replaced with larger ones that have more seats, which are usually filled,” says Potter. "This makes the concourses and the security lines crowded at certain times of the day.”

Gate 35X, through which passengers on the majority of American’s regional flights from National board buses to their aircraft, is the airport’s “biggest chokepoint”, he says. Roughly 6,000 passengers pass through the gate daily. 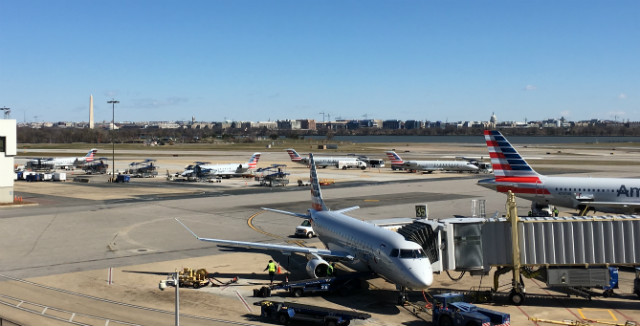 The commuter concourse will replace all 14 remote parking positions used by gate 35X with contact gates when it is complete.

The 14 contact gates are sized for up to Embraer 175 aircraft, says Roger Natsuhara, vice-president for engineering at MWAA, adding that they have been in constant communication with American on the project.

However, the operator would have to do a new "analysis" of the aircraft parking positions for the next generation of regional jets, including the E175-E2, he says.

While American does not have any orders for the E175-E2s or its competitor the Mitsubishi MRJ90, the industry expectation is that regional fleet upgauging will continue to these next generation aircraft at some point in the next decade.

During construction of the new concourse, passengers will continue to be bussed to 12 remote parking positions around the airport from 35X while two positions will be replaced by “dual” jet bridges, which allow two aircraft to park instead of one, on the north concourse, says Potter.

“The goal is to create a sense of continuity and uniformity with the existing architecture,” he says.

Terminal B/C, the last major expansion project at Washington National, opened in 1997.

The new concourse is not the first time MWAA considered such an expansion. The operator approved a $16 million, nine-gate commuter concourse on the same site for US Airways Express in early 1998, The Washington Post reported at the time.

However, US Airways dropped the plans later that year as it faced financial difficulties.

The new security checkpoints and the move of National Hall in terminal B/C inside security will ease connections between concourses, which have increased significantly since the American-US Airways merger in 2013.

Rendering of the new security checkpoint 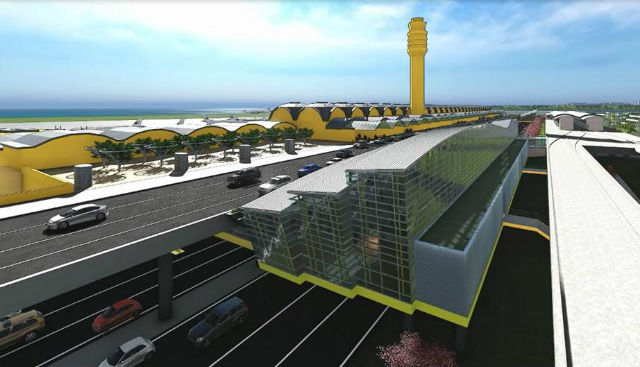 American splits its mainline and large regional aircraft operation between the central and north concourses in terminal B/C today. It offers a shuttle bus to passengers connecting between the two.

In addition, Alaska Airlines’ operations at Washington National are split between the south and central concourses, following its merger with Virgin America in December.

There are no plans yet to co-locate Alaska and Virgin America at the airport, a MWAA spokesperson says.

The capital works at Washington National have been under development since at least 2013. Following the American-US Airways merger, various proposals were floated regarding how to connect the central and north concourses, including an underground tunnel and a secure passageway along the windows of National Hall.

American, which stands to benefit the most from the projects, was not immediately available for comment on them.