The F-35 programme office has been keen to advertise progress on weapons integration for the F-35, particularly the gun, amid criticism from some that the aircraft is coming online too late and with too few advanced weapons.

The US Marine Corps declared its F-35Bs “combat ready” in July with a limited number of basic air-to-air and air-to-ground weapons and without the external gun pod being developed for the B- and C-model aircraft. USAF will also declare initial operational capability (IOC) for the A-model without its internal gun, since the GAU-22/A will enter service in 2017 for Block 3F at the conclusion of the development phase. 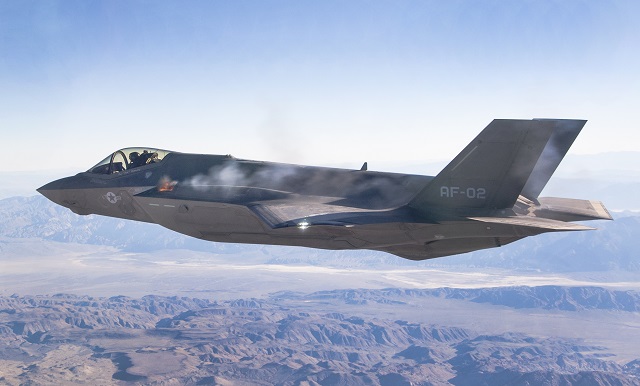 Ground testing of the gun involved 13 ground test firing events over three months and concluded ahead of schedule. F-35 programme chief Lt Gen Christopher Bogdan said in written testimony to Congress that air-to-ground accuracy testing had been due to start in August 2016, but is now evidently underway.

The gun system carries 181 rounds, which rattle off in seconds. The A-model houses the gun internally to maintain the aircraft’s low-observable characteristics while the short-takeoff/vertical-landing (STOVL) and carrier-variants have an external pod for certain missions.

“The successful aerial gun test sortie was a culmination of several years of planning, which intensified in the first half of 2015 at the Edwards F-35 Integrated Test Force (ITF) Flight Test Squadron with a team of [USAF], Lockheed Martin, Pratt & Whitney, General Dynamics, and Northrop Grumman personnel,” says Edwards ITF flight test director Mike Glass. “The results of this testing will be used in future blocks of testing, where the accuracy and mission effectiveness capabilities will be evaluated.”

The final test step involves testing the gun from a production aircraft in operational conditions. 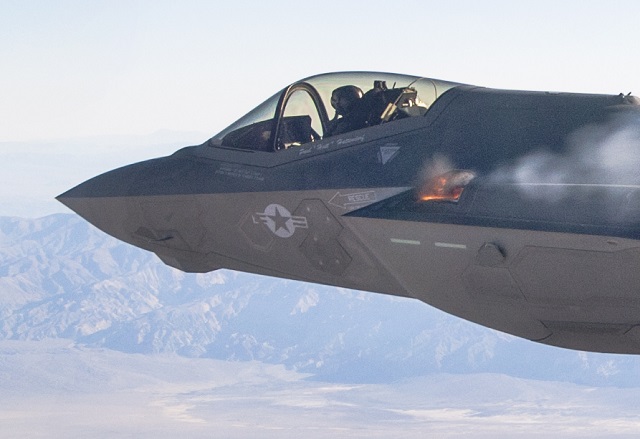