The sensor industry appears to be going through something of a wide-area motion imagery, or WAMI, revolution with an across-the-board reduction in the size, weight and power of new systems, making city-wide airborne surveillance easier and cheaper.

Logos Technologies – a long-time innovator in the wide-area surveillance field – recently unveiled its latest WAMI sensor: the 16kg (35lb) Redkite, which the company says can surveil an area 4km wide and has 10 video cameras for a closer, high-resolution view of suspect areas.

The Virginia-based company said in a press statement that Redkite’s reduced size, weight and power requirement allow it to be mounted on light helicopters, planes and tactical unmanned aircraft. The sensor was first trialed last December in Colorado on a Eurocopter AS350.

“Redkite requires less than 500W to operate, making it the smallest and most power-efficient WAMI sensor in the world,” Logos says.

Logos president John Marion says the Redkite is being marketed to law enforcement agencies, firefighters and search and rescue teams, among other potential users “who traditional rely on narrow-field video cameras”.

The introduction of Redkite comes as Exelis, now owned by Harris Corp, markets its CorvusEye 1500 sensor domestically and abroad.

With a weight of 43kg (95lb), the sensor is far smaller than its military forebear, the Sierra Nevada Gorgon Stare – which is comparable in size and weight to two 227kg (500lb) bombs. The Air Force employs the twin Gorgon Stare pods on the General Atomics MQ-9 Reaper to monitor trouble spots in the Middle East and elsewhere around the globe.

CorvusEye fits inside a traditional 38cm (15in) sensor pod and can covers an area 3km wide during the day and 2km at night from an altitude of 15,000ft. 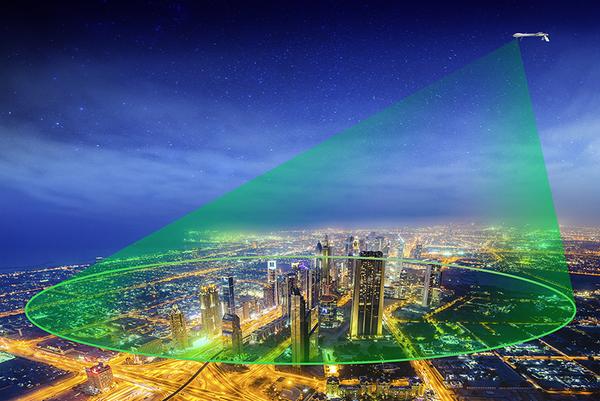 “This is a smaller version with many of the same capabilities, but for commercial and international use,” says Dwight Greenlee, director of regional persistent surveillance at Exelis. “Satellites were a huge step forward to cover wide swaths, and we’re just bringing that down to the airborne world so we can capture a huge swath with a lot more ground resolution.

“It’s actually actionable intelligence and puts the information into context. Everything’s recorded, so if there’s a security event that happens we can re-wind the clip.”

WAMI technology sensors went into combat during the wars in Afghanistan and Iraq, through programmes like Gorgon Stare, Army Constant Hawk, and the defunct Blue Devil surveillance blimp. Today, the largest demand for WAMI capabilities is coming from various government entities and law enforcement agencies. 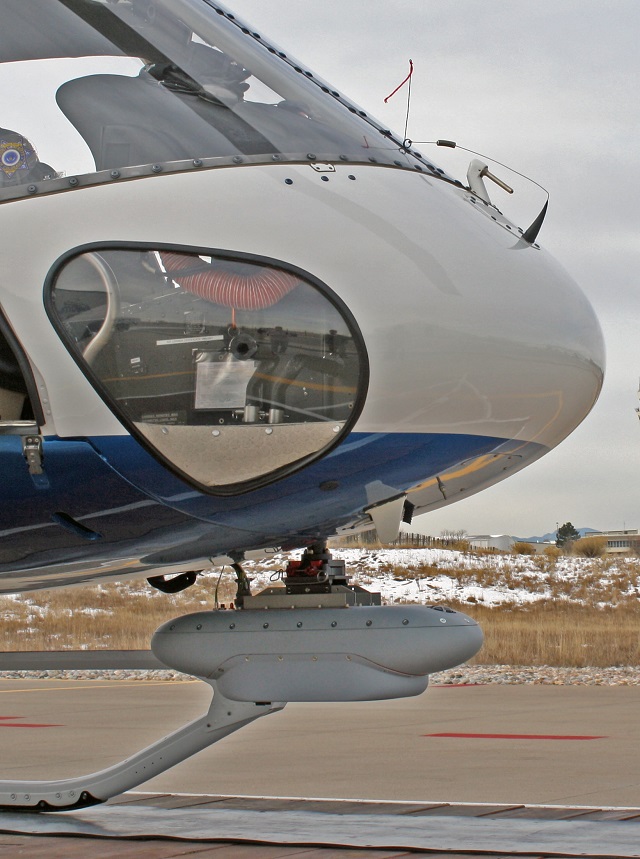