Bell is optimistic about growing the number of law enforcement operators of its Bell 429 light-twin rotorcraft, including around the Asia-Pacific region.

At a media briefing held before a Bell 429 demonstration flight, Bell regional sales manager Eric Ng says there are two areas where the company is focusing on securing more commitments. 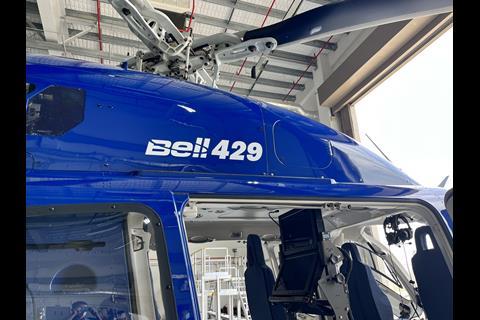 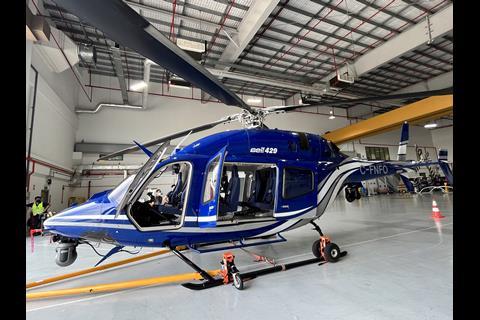 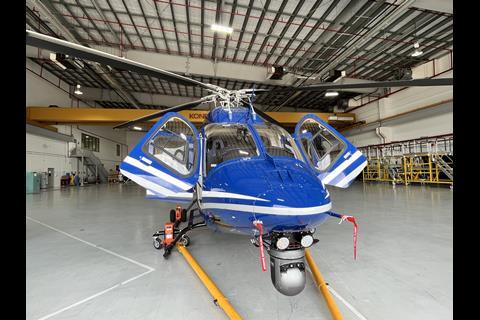 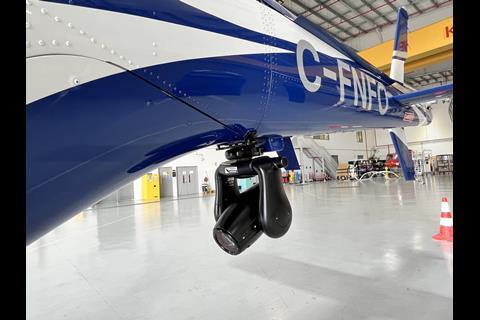 The searchlight mounted on the rear of the Bell 429 demonstrator. 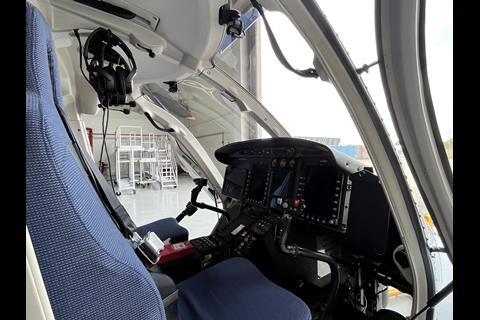 The cockpit display on the Bell 429 demonstrator.

The first are law enforcement operators with existing helicopter capabilities, but who are seeing the scope of work increase and change.

“So in the past, they could be using more utility helicopters, but now they need to upgrade them to include search-and-rescue [missions], patrol, or [emergency medical services],” says Ng.

Bell is also targeting law enforcement bodies without existing helicopter capabilities, but who are “starting to think” about setting up such operations.

Ng says that Bell is “targeting almost all police operators” in the region to pitch the Bell 429, but declined to provide any target numbers.

Existing law enforcement operators of the Bell 429 light twin in the region include the Royal Thai Police, the New South Wales Police Force, as well as the New Zealand Police.

Ng says the Thai police used the Bell 429s during the well-documented rescue mission of 12 boys who were stranded in a cave for nearly a month in 2018.

Among its features, the ESG system comprises a main operator station fitted at the rear seats, as well as a searchlight and camera mounted at the front.

The ESG-configured Bell 429s received European Union and Canadian certification end-2021. ESG product manager for mission helicopters Alf Gerlach says the system has been already certificated for military use, such as on the Sikorsky CH-53 Sea Stallion.

There are currently no Asia-Pacific operators of Bell 429s equipped with ESG’s mission systems — given the recency of certification — but Gerlach and Ng are hopeful about prospects.

Says Ng: “We are hoping that…[by] showcasing the parapublic-configured 429 with ESG [systems]…the customers in the region know that…this is what the aircraft is fully capable of. [It] can be a streamlined system that is a packaged solution for you.