Bell is continuing to mature systems and technologies that could equip its future Nexus urban air mobility (UAM) vehicle, but has yet to commit to a timeline for its development or service entry.

Jason Hurst, head of innovation at the US manufacturer, says that the company is still “evaluating concepts on the overall vehicle side” as it works to define the market requirements. 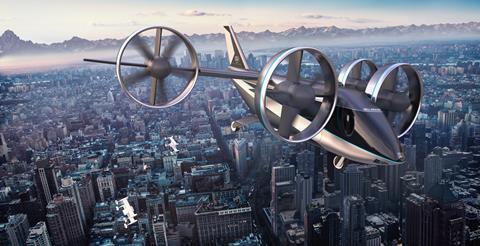 Certain technologies, such as those to support autonomous flight, are being “taken to flight in other air vehicles”, he told reporters during a 24 March press event.

While there is still some debate as to when UAM vehicles will be permitted to fly without a pilot, the development “of a highly automated and augmented sensor system” will benefit the sector’s safety from the start of operations.

Depending on the mission profile required, Bell has options for both full- and hybrid-electric versions of the Nexus, says Hurst, with its approach based on a “modular solution”.

Bell is “accelerating the technological discovery”, he says, to support any future development. However, he declines to reveal the timeline for any vehicle to enter service. 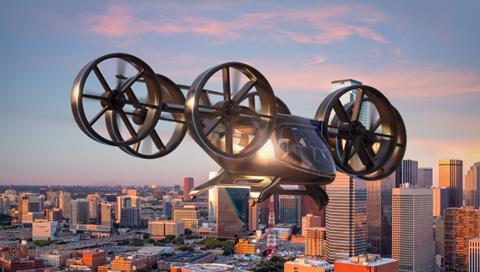 Original Nexus concept was unveiled in 2019

When the airframer unveiled the Nexus concept in 2019 it was working towards an operational debut in the mid-2020s.

Its initial design featured six tilting ducted fans and a hybrid powertrain, but in early 2020 a second iteration, the Nexus 4EX, was revealed, which used just four fans and a full-electric propulsion system.

Recent comments from Bell chief executive Mitch Snyder suggest that the company sees little advantage in being first to market while the regulatory landscape remains uncertain.

Additionally, he indicated that different vehicle concepts were being worked on and was vague as to whether a demonstrator aircraft would be flown.

Meanwhile, the manufacturer continues to eye applications for its EDAT electric tail rotor design. “We have proven the concept is viable what we have got to look at now is the market demand,” says Hurst.