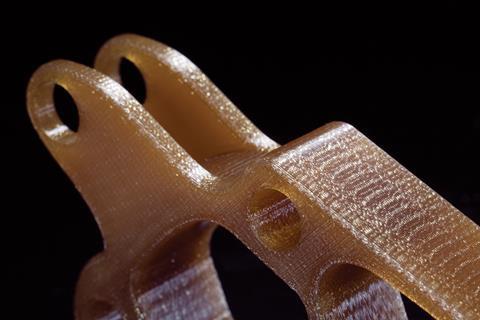 The material will allow Boeing and its suppliers to “meet applications that couldn’t have been 3D-printed before”, says Sevcik. “It delivers tremendous fatigue performances for a thermoplastic. This is the next wave for us. Antero starts moving us into higher fatigue areas.”

The US- and Israel-based company has 140,000 machines installed in industries from medical instruments to film-making, but aerospace and automotive are its biggest sectors. As well as supplying the 3D printers and the raw materials, Stratasys also offers its own 3D printing service.