Calhoun takes over as Boeing CEO with transparency pledge

Longtime Boeing board member David Calhoun became chief executive of the Chicago-based company on 13 January, stepping into the spotlight amid a seething controversy while pledging to improve Boeing’s transparency and commitment to safety.

But not even one day into the job, Calhoun faced a new controversy, with lawmakers pressuring Boeing to cancel a $7 million bonus payment that Calhoun is eligible to receive.

Boeing says Calhoun is the right person to lead the company through the 737 Max disaster.

“With deep industry experience and a proven track record of performance, Dave is the right leader to navigate Boeing through this challenging time in our 104-year legacy,” Boeing board chair Lawrence Kellner says in a media release. “We’re confident Dave will take Boeing forward with intense focus on our values, including safety, quality and integrity.” 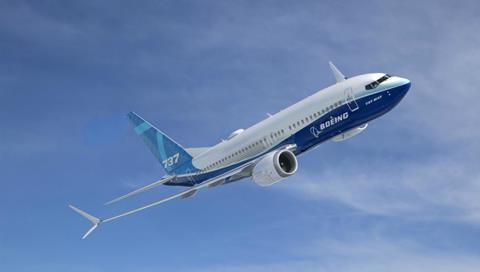 “Working together, we will strengthen our safety culture, improve transparency and rebuild trust with our customers, regulators, suppliers and the flying public,” Calhoun says in the release. “With the strength of our team, I’m confident in the future of Boeing, including the 737 Max.”

But also on 13 January, several top senators urged Boeing’s board to cancel a $7 million incentive award payable to Calhoun assuming he meets goals that include the 737 Max’s return to service.

“This reward represents an inappropriate incentive for Mr Calhoun to pressure regulators and attempt to rush the 737 Max back into the sky,” says the letter from senators Tammy Baldwin, Richard Blumenthal and Edward Markey. “We therefore urge you to cancel this incentive payment immediately and cease all efforts to rush the 737 Max.”

In response, Boeing notes the incentive payment is based on the Max’s “safe” return to service, stressing it will follow regulators’ lead.

“The incentive award for Boeing’s new CEO, David Calhoun, will vest only after he has served in his role for multiple years and if he achieves a series of challenging strategic objectives across all three principal business units, including the full, safe return to service of the 737 Max,” Boeing says.

Calhoun kicked off his new job with a 13 January letter to all Boeing staff in which he lays out priorities and promises to improve the company’s transparency and commitment to safety.

“We have work to do to uphold our values and to build on our strengths. I see greatness in this company, but I also see opportunities to be better,” Calhoun’s letter says. “That includes engaging one another and our stakeholders with greater transparency, holding ourselves accountable to the highest standards of safety and quality and incorporating outside-in perspective on what we do and how we do it.”

Top on Calhoun’s 2020 priorities is returning the 737 Max to service, which he says Boeing will accomplish by “following the lead of regulators and working with them to ensure they’re satisfied completely”.

Boeing will also seek to “rebuild trust” and to “foster an inclusive environment that embraces oversight and accountability and puts safety, quality and integrity above all else”.

He also commits to continue investing in development programmes like the 777X, to expand Boeing’s services business and to finalise a commercial aircraft joint venture with Embraer.

Calhoun takes over after ten years on the company’s board of directors. He had been board chair since October 2019, when Boeing stripped that title from then-CEO Muilenburg. Calhoun has now given up the board chair role to Lawrence Kellner.

With the change in guard, Boeing already seems to have shifted its 737 Max strategy.

Under Muilenburg, the company insisted pilots did not need simulator training to transition from the 737NG to the Max. Boeing also faced broad criticism for taking a hard stance with regulators and for not fully disclosing its role in two crashes.

Also, in a move intended to display transparency, Boeing last week released a trove of damaging internal emails. In those emails, Boeing staffers mocked regulators and described efforts to convince regulators that pilots should not need simulator training when transitioning from the 737NG to Max.

The emails also provide an inside look at Boeing’s ultimately successful effort to persuade an Indonesian carrier – possibly Lion Air – not to require its pilots have 737 Max simulator training.