China’s ATR and E-Jet certifications: a warming to the West?

At this year’s Airshow China in Zhuhai, there was some semblance of buzz on the commercial front, despite the shadow of the country’s strict zero-Covid policy.

For instance, Chinese airframer Comac clinched its first major order for its C919 narrowbody since the programme was awarded type certification by Chinese regulators, in the form of a 330-aircraft order from seven Chinese lessors.

But it was the certification of not one, but two Western programmes during the week that was arguably a key commercial highlight of the five-day show. 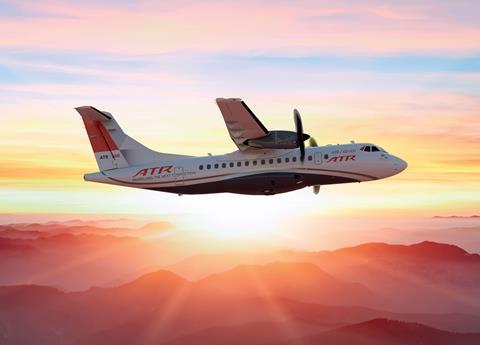 On 8 November, the second day of the biennial show, the Civil Aviation Administration of China (CAAC) validated the type certification of the ATR 42-600 turboprop.

In a statement, ATR said the move “opens the opportunity” for it to re-enter the Mainland Chinese market, forecasting that the country will require 280 new turboprops over the next 20 years. ATR also disclosed a firm order from an undisclosed customer for three aircraft.

Then, two days later, Embraer announced its E190-E2 regional jet programme had been certificated by Chinese regulators with approvals for the larger E195-E2 expected to follow shortly.

While the Brazilian airframer has yet to receive any Chinese orders for the E2 family, it says the jets are the “best aircraft to serve low density but high elevation markets in western China with the right performance [and] more profitability”.

To double down on the point, the airframer brought an E195-E2 to Zhuhai – marking the type’s debut in China.

TIMING, AND THEN SOME

Indeed, that the two certifications were announced within days of each other – and at the country’s most prestigious airshow no less – was enough to raise eyebrows.

For one, it comes as China touts its indigenous aerospace industry, a move steeped in nationalism that in recent years has gained greater momentum amid geopolitical tensions.

Comac’s C919, for instance, has been called a source of national pride, proof that the country was “capable” of a “respectable…homegrown aircraft programme” – even as  the aircraft is all but entirely reliant on Western technology. China also has its own regional aircraft programmes: Comac’s ARJ21 is already in operation, including with the country’s three largest carriers.

That two Western programmes are certificated even as relations with the West – especially with the USA – remain frigid is also very telling.

Granted, both ATR and Embraer are not from the USA, the subject of Beijing’s ire in recent months, but the symbolism, especially with anti-Western rhetoric, is buzzworthy enough. 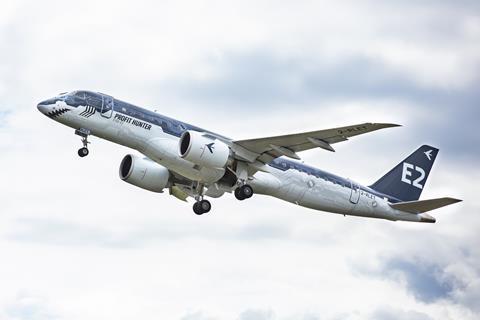 Managing director of Aerodynamic Advisory Richard Aboulafia welcomes the “progress” with Western aircraft certification, especially “given the dismal state of [Mainland China] relations with the West”.

“Hopefully, the CAAC’s timing was purely about verification of technology and safety, rather than due to any politically-induced motives. The organisation had achieved great things with China air safety, but the [737 Max] recertification process indicates an unwelcome level of political interference,” he adds, alluding to the lifting of an operational ban surrounding Boeing’s 737 Max programme following two fatal crashes.

Indeed, Beijing has played the long game with the 737 Max’s certification, with China the last major economy to lift the two-year grounding. Even then, Chinese carriers remain uncommitted to returning the type to service, a vexing situation for North American airframer.

In comments made to FlightGlobal, Aboulafia contends it is “hard to say right now” what Beijing’s ultimate motive could be.

“[It] could be that they’re signaling that they’ll work with all Western [manufacturers] except Boeing, for political reasons. It’s hard to say right now.”

Aboulafia notes that the ATR approval is “the more interesting” of the two, drawing a comparison to the in-development MA700 programme, a larger turboprop manufactured by state-owned Avic.

The MA700, which like Comac’s aircraft are dependent on Western technology, faces big roadblocks owing to Canada’s decision to block the export of the aircraft’s Pratt & Whitney Canada PW150C engines.

“Recreating it with a non-Western engine would take a decade or more, so ATR is all they have for in-country prop demand,” says Aboulafia, who points out that the larger ATR 72-600 could have its type certificate validated soon as well.

As for the Embraer certification, Aboulafia says the move “might represent a degree of recognition” about demand in the regional market.

“There’s never been much of a regional market in China, for reasons of market density, high speed rail, and other factors. While the ARJ21 is meant to fill demand in this limited space, it’s a miserable aircraft,” he adds.