HAL in ground tests for commuter version of Do-228

The tests took place at the company’s Kanpur facility, where it builds the Do-228 for India’s military, coast guard, and other customers, says the company. 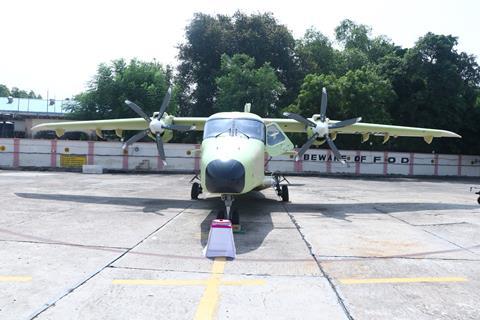 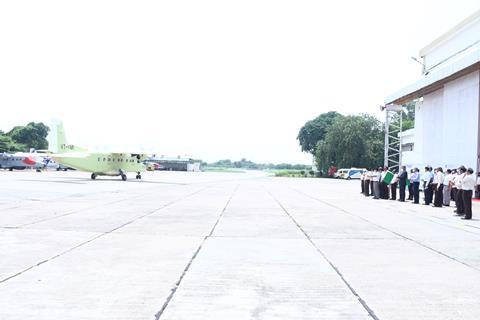 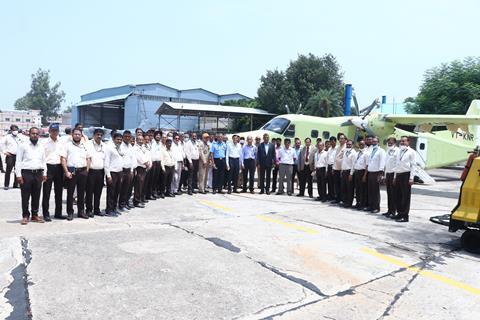 HAL's Kanpur team with the Hindustan-228

“This aircraft could be utilised successfully by civil operators and State Governments for their intra and inter-state connectivity with seamless support towards training, maintenance and logistics,” says HAL.

It says that the 19-seater can serve in missions including the transport of passengers and cargo, as well as flight inspection, cloud seeding, and various recreational roles.

In late 2016, HAL announced plans for a civil variant of the Do-228 turboprop.

The type, based on the Do-228-201, falls under the auspices of two Indian government initiatives, “Make in India” and RCS. Launched in 2017, the RCS is intended to provide affordable air transport to small airports.

The Hindustand-228 is based on the Do-228 tactical aircraft

At the time of the aircraft launch, HAL said that the first prototype would be rolled out in 2017, but this appears to have been delayed. It is not clear if HAL has secured orders for the type.

When the project was first announced in late 2016, HAL foresaw a domestic market for 200 examples.