Hard by the sweeping emptiness of Salisbury Plain, Boscombe Down airfield in southwest England is the home of experimental flight testing in the UK.

It houses the Qinetiq-run Empire Test Pilots’ School (ETPS), and, as a board located on the site reminds you, the facility was also the location of countless first flights. 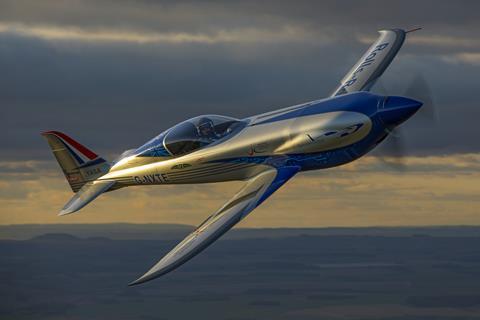 Sadly, the most recent entry on that list dates from over 50 years ago, when the ill-starred BAC TSR-2 made its maiden sortie in September 1964.

But, as Matheu Parr, customer director of Rolls-Royce Electrical, observes: “there’s a lovely bit of space at the bottom” of the board.

He is hopeful that gap can be filled by the Spirit of Innovation – a Sharp Nemesis NXT racing aircraft that R-R has modified to run entirely on battery power.

Conversion of the aircraft was carried out under a project called ACCEL – Accelerating the Electrification of Flight – led by R-R and involving energy storage specialist Electroflight and motor supplier YASA, and part funded by the UK government.

Replacement of the stock Lycoming piston engine with the 400kW electric powertrain took place at Electroflight’s premises at Gloucestershire Airport. The aircraft was then transferred to Boscombe Down by road ahead of its first flight.

While the lessons learnt through performing the conversion were important, one concrete goal of the ACCEL project was to go faster than 342km/h (184kt) – a record set by Siemens in 2017.

On 16 November R-R didn’t just nudge past that figure but obliterated it, hitting 555km/h over a 3km (1.6nm) course, well beyond the firm’s initial 482km/h target. Two further electric aircraft records are also claimed: the fastest speed over 15km and the fastest time to climb to 3,000m (9,840ft).

Although the new records are still awaiting ratification by the Federation Aeronautique Internationale, Parr is confident they will stand. 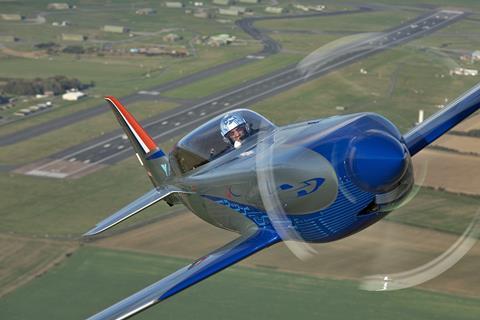 It has been a long, Covid-blighted three years for the ACCEL team where deadlines have slipped and slipped, but the 16 November sortie was the moment everything slotted into place.

But for R-R chief test pilot Phill O’Dell – the man at the controls for the record attempt – the route to that point was a turbulent one.

“It was hard. I wouldn’t say I enjoyed the first flight but I very definitely enjoyed the last one,” he says.

That thrill – the giddy euphoria of pushing a new type to its limits – eventually replaced the self-doubt that pervaded those initial flights. “Early on there were points where I didn’t feel I was the right person to fly it. But eventually I bonded with it,” he says.

O’Dell describes the Spirit of Innovation as a “thoroughbred and a bit flighty”, but over time that transformed into “the most incredible aircraft I have ever flown”.

There are definite quirks though: “It is designed to go as fast as possible with little consideration for anything else – including fitting a pilot inside,” says Parr.

In fact, to achieve the maximum aerodynamic performance the pilot is largely horizontal. “I haven’t done much flying sitting on my back as though I was in a bath,” O’Dell deadpans. In addition, cameras were added to the aircraft to overcome visibility issues. 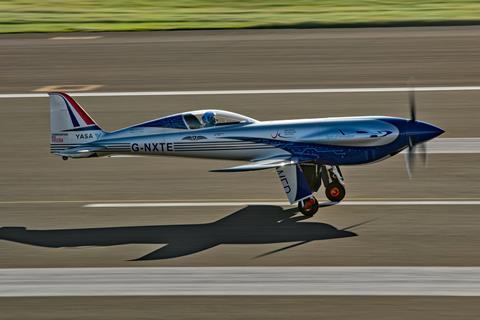 And as if flying an aircraft with a brand new powertrain wasn’t pressure enough, O’Dell says he felt the “responsibility” to deliver the record for the rest of the team who had sacrificed so much to get the project to that point.

“I never doubted that the aeroplane would deliver but I worried about my performance and the responsibility wasn’t lost on me.”

That sacrifice was not confined to the team involved on the project though; tensions spilled over into O’Dell’s domestic life too. “I have seen my wife send me off every Sunday night back to Salisbury to do some flying that she knew was a bit tricky,” he says with a dose of understatement.

“There would be that little squeeze of the hand and she’d tell me to be safe.”

Achieving the speed record may be the end of the ACCEL effort, but for R-R the longer term goal is to turn the technologies it has tested – the batteries, motors and power electronics – into a suite of commercial products.

“What we have learned from the project leads directly into what we are selling into the market in 2025,” says Parr.

That does not necessarily mean standalone hardware – for instance, battery technology will be driven by the automotive sector, he notes – but a system which is integrated “into a high-performance package”. Or, in other words: “How can Rolls-Royce ensure that if you buy our system your aircraft will have the best performance?” 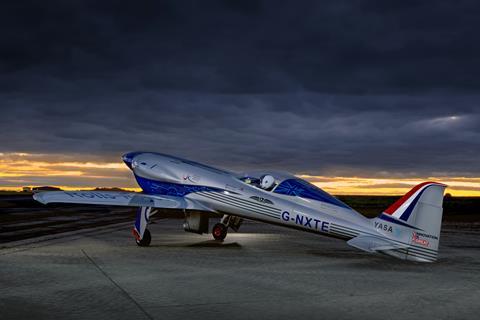 Aircraft programmes in which R-R is involved, such as the Vertical Aerospace VA-X4 and Tecnam P-Volt, will benefit from the lessons taken from ACCEL.

In all, the Spirit of Innovation performed 30 flights totalling 7h “and we didn’t have a single problem with the batteries, motors or power electronics,” says Parr.

Aside from the reliability of the system, O’Dell says the company has learned how an electric aircraft operates compared with a conventionally powered example – the responsiveness of the engines, its performance limitations and so on.

That includes the battery performance – early modelling suggested the cells would be at about 15% state of charge after the record attempt; that figure was actually 18%, says Parr.

O’Dell is a graduate, in one form or another, of the ETPS, leaving Boscombe Down in 2001 to join R-R.

As such, his return to the site carried extra weight: “To come back here 20 years later and conduct a first flight and break several records over this runway… I’m genuinely lost for words, because coming back here made it even more significant.”

But Parr is optimistic that the work carried out by the ACCEL team and the push towards the electrification of aviation can spur another return: the revival of the UK’s aircraft industry.

”This could spark the rejuvenation of the UK aerospace market – with more first flights to come,” he says.