Rob Watson is not excited by “interesting science projects”. For the director of Rolls-Royce Electrical, the company’s major push into developing electric propulsion technologies is about creating shareholder value by bringing certificated programmes to market. 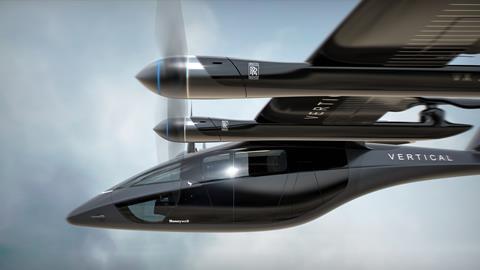 For a business that has long been known for its large jet engines, R-R has recently embraced electrical propulsion and the initial opportunities it offers in general aviation, light commuter transport, and urban air mobility, not sectors that the Derby, UK-based company has traditionally specialised in.

“For the past three years, we have had a very strong focus on electrification,” says Watson. “We have set out to create a stronger role for ourselves in electrical propulsion. We are rapidly building up a capability and direct customer relations in the field.”

In October 2019, R-R took a major step when it acquired the electric and hybrid-electric aerospace propulsion activities of Siemens. The operation, with sites in Germany and Hungary, employed around 180 electrical designers and engineers. The two companies had been collaborating on the E-Fan X demonstrator alongside Airbus.

In August of that year, R-R launched a joint research programme with Norwegian regional airline Wideroe into zero-emission flying. This May, the two businesses said they will work with Tecnam to develop an all-electric passenger aircraft based on the Italian manufacturer’s nine-passenger P2012, dubbed the P-Volt – a project R-R and Tecnam had launched in October 2020.

This year, R-R has also begun testing components for a hybrid-electric power-generation system at a facility in Bristol. The system is intended to combine with an AE 2100 gas turbine engine to power a future regional aircraft.

In another initiative, the company is later this year aiming to break the world speed record for an electric aircraft with a modified Sharp Nemesis NXT, under a project part-funded by the UK’s Aerospace Technology Institute.

The last of these – an experimental one-off – is the exception to Watson’s rule that R-R will only invest in electrical propulsion developments for which there is a clear business case and potential market demand. “We made a choice. When we start R&T [research and technology] projects, we are designing with certification in mind,” he says.

Watson believes the light commuter and eVTOL sectors will be the first to bring electrical aircraft into service. “I have absolutely no doubt the technology is coming,” he says.

However, one of the biggest challenges for companies such as R-R in developing a business in such a relatively new field as electrical propulsion is that there is no supply chain. “A lot of our process is looking for partners,” says Watson.

Watson is one of five technology heads taking part in a panel at Farnborough Connect on 14 July entitled “Sustainability: engineering the propulsion of the future”. He will be joined by Manish Dalal, vice-president of advanced technology at GE Aviation, GKN’s chief technology officer Russ Dunn, and Michael Winter, senior fellow advanced technology at Pratt & Whitney.

To view the full programme for FIA Connect register at https://webapp.spotme.com/welcome/farnboroughinternationalairshowconnect