Rolls-Royce is to supply an all-electric powertrain for an urban air mobility vehicle being developed by UK-based Vertical Aerospace – the propulsion specialist’s first commercial deal in the emerging segment. 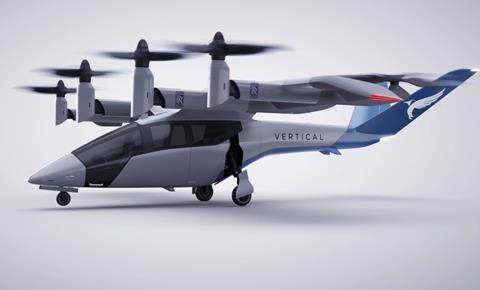 Rolls-Royce will be responsible for designing the architecture of the whole electrical propulsion system, and the power distribution and monitoring system.

The manned vertical take-off and landing design will be able to carry up to four passengers on journeys of around 100nm (190km); certification is targeted for 2024.

Vertical Aerospace has already flown multiple full-scale prototypes of its design. Assembly of the first VA-X4 will begin shortly, ahead of a first flight later this year.

In its most recent accounts, for the year ended 31 December 2019, Vertical Aerospace registered a pre-tax loss of £8.1 million ($11.2 million), having spent £5.1 million on research and development activities in the period.