Rolls-Royce waits on ratification for Spirit of Innovation speed records

Rolls-Royce hopes that its Spirit of Innovation has claimed three world speed records for an electric aircraft following several runs conducted on 16 November.

Data from the record attempts has been submitted to the Federation Aeronautique Internationale for ratification. 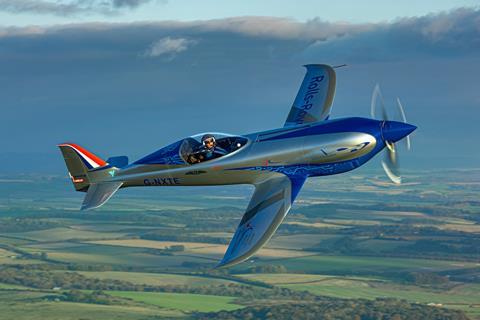 Record attempts were conducted on 16 November

Maximum speed during the runs was recorded as 623km/h – R-R claims this makes the aircraft the world’s fastest all-electric vehicle.

Part funded by the UK government through the Aerospace Technology Institute, the record bid was the goal of a R-R-led programme called ACCEL – Accelerating the Electrification of Flight.

Key partners in developing the 400kW powertrain included energy storage specialist Electroflight and YASA, which provided the three electric motors for the conversion.

Phill O’Dell, test pilot and R-R director of flight operations, says: “Flying the Spirit of Innovation at these incredible speeds and believing we have broken the world-record for all-electric flight is a momentous occasion.

“This is the highlight of my career and is an incredible achievement for the whole team.”