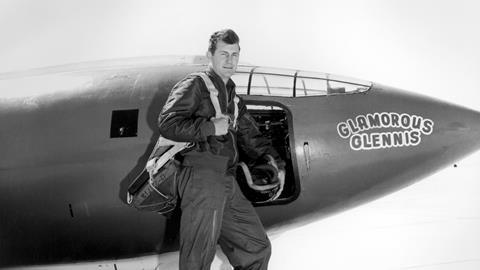 Aviation pioneer Charles ‘Chuck’ Yeager passed away on 7 December at the age of 97.

Yeager’s death was announced by his wife, Victoria, on Twitter. 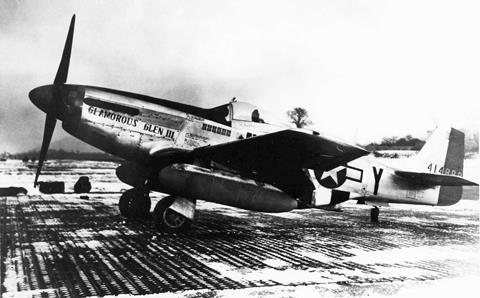 A P-51D flown by Yeager in World War II

“It is w/ profound sorrow, I must tell you that my life love General Chuck Yeager passed just before 9pm ET,” she wrote.

Yeager became an aviation icon on 14 October 1947 when he broke the sound barrier, hitting a top speed of Mach 1.06, in a Bell X-1 rocket plane that had been dropped from a Boeing B-29 bomber.

In a 1991 interview, Yeager disclosed how he felt when his X-1 was released.

“You don’t feel anything. You are too busy. You are going through your checklist, loading the pressure regulators, the dome and checking all the instrumentation. And that’s about the way of it. You listen to the B-29, he is hauling you up, and you start diving to pick up speed. You are heavy, and it’s a compact little airplane, and you come out of a dark place into bright sunlight, and for a second you’re kind of blinded.” 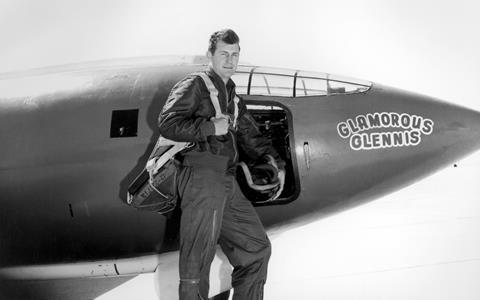 “This is an epochal achievement in the history of world aviation – the greatest since the first successful flight of the original Wright Brothers’ airplane, forty-five years ago,” said the words accompanying the trophy.

Prior to this Yeager served in the US Army Air Force during the Second World War. Flying the North American P-51 Mustang, Yeager scored 12.5 combat victories, making him a double ace.

“When I enlisted in the Army, it was just to be a mechanic,” he said. “There was no intention to be a pilot, or anything like that. When I got in, in September of 1941, I was trained as a mechanic, which was easy. I had already had so much experience in mechanical things, like engines and things that dad exposed us to all the time, that I trained and began working on airplanes as crew chief. I serviced them, overhauled the engines, and things like that.” 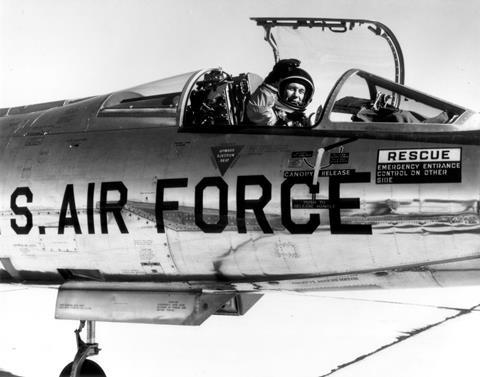 Subsequently, he spotted a notice on a bulletin board calling for pilots and he decided to apply, setting him on the path to becoming an aviation icon.

In the years after his record breaking flight in the X-1, Yeager served in a number of US Air Force roles, rising to the rank of Brigadier General and retiring from the military in 1975.

Subsequently, he held a number of corporate and consulting roles, and continued flying in a private capacity.