Airbus and Boeing parts manufacturer Gardner Aerospace has laid out the devastating impact of the industry downturn on its business, highlighting a 45% drop in revenue across the first nine months of 2020 and a full-year operating loss for the Derby, UK-headquartered firm.

In addition, a cash-crunch triggered by the fall in revenues forced the company to seek more than $60 million in additional funding: $20 million from the UK government; $14.6 million from France; and $30 million from Chinese owner Ligeance Aerospace Technology. 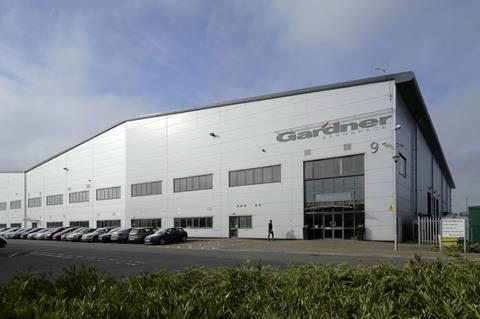 And while extensive cost-cutting and restructuring measures enabled Gardner to become profitable at an EBITDA level in the final quarter of the year, it is pessimistic about a rapid recovery for the sector.

Details of the crisis are laid out in the latest full-year accounts for Gardner Aerospace Holdings. Although these cover the 12 months to 31 December 2019 – prior to the coronavirus pandemic – more up-to-date information is covered in the strategic review of the business, which was signed off on 23 December last year.

“Post the year-end, transportation, and the commercial aerospace industry in particular, faced the most significant challenge that the industry has previously encountered,” the review states.

“The impact on Gardner’s sales volume has been significant and the expectations are that recovery to 2019 levels of air travel will take a number of years.”

While a strategic plan drawn up in April 2020 were based on “worst case assumptions” at the time that did not see a recovery to 2019 levels until 2024-2025, Gardner says this view may now be too optimistic.

“This assumption is increasingly becoming the best case estimate within the industry,” it says.

Cumulative revenue across the business was 45% lower across the first nine months of 2020 than the same period a year earlier, it says. Operating results “declined significantly” and are “negative for the financial year”, it says.

In response to the downturn, Gardner cut capacity at its plants in France and the UK, shifting production to facilities in India and Poland “thereby lowering future manufacturing costs and reducing the break-even point for Gardner to below FY20 exit production volumes”.

UK plants were closed in Broughton, Chester and Hull, slashing the workforce by 700 posts.

Government-backed job retention schemes were implemented where available and expenditures slashed, it says.

Gardner says that the “timely restructuring activity” across 2020 enabled the “group to return to EBITDA profitability” in the fourth quarter.

But the slumping revenues had knock-on effects. Rules governing Gardner’s bank facilities required that the company remain EBITDA positive – negotiation with its lenders was required to “waive these breaches and any forecast breaches”.

In addition, availability of working capital was negatively affected due to the link between its asset based lending facility and group turnover.

“With liquidity negatively impacted, we were required to obtain additional support from our banks, government-backed lending schemes and our investors,” it states.

Gardner expects to be EBITDA positive this year “despite the prudent expectation of limited growth in revenues in 2021”, it states.

“This will set up Gardner for a strong recovery in financial performance as aircraft build rates recover over the next 3-5 years.”

In addition, the firm hopes to continue with its strategy of bolt-on acquisitions. A takeover of additive layer manufacturing specialist FDM Digital Solutions in November 2019 followed the purchase of Northern Aerospace in July 2018.

Although a deal for UK firm Impcross was blocked on national security grounds in 2020, Gardner says “near-term opportunities are expected to come through customer-led supply chain consolidation”.