Bristol-headquartered Vertical Aerospace has called for the UK government to urgently set out clear policy goals to enable advanced aerial mobility (AAM) operations to begin at scale from mid-decade or risk missing out on the economic and social opportunities they promise.

Vertical is hoping to bring its VA-X4 electric vertical take-off and landing (eVTOL) aircraft into service by 2025 and on 19 October set out in a white paper the steps that need to be taken ahead of that milestone. 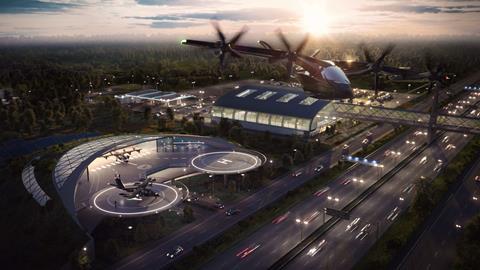 New infrastructure will be vital to scale operations

Andrew Macmillan, Vertical’s director of infrastructure, who joined the company from Heathrow Airport in September, says that while various actors – be they airlines, airport operators, regulators or local authorities – will have a role to play in readying the country for eVTOL operations, the strategic direction needs to be set by the government.

And, he says, the nation needs to set out its ambitions quickly. “I think in terms of a statement of intent and interest, as soon as possible is good because people need momentum and confidence,” he says.

As the white paper points out “A lack of government direction on the ambition for AAM risks leading to over-complex or fragmented regulation and policy making.”

Individual cities such as Los Angeles, Osaka and Paris have already indicated that they want to begin eVTOL services by the middle of the decade and “what’s powerful there is that sense of momentum,” Macmillan says.

However, he believes the early feedback from the UK authorities has been positive: “What I’m hearing a month in [to my role] is that excitement being reflected back by government.”

In the white paper, titled The Future of Advanced Aerial Mobility, Vertical stresses the potential benefits the sector could bring, notably an uptick in GDP of 1.8% by 2030, based on the government’s own forecasts. 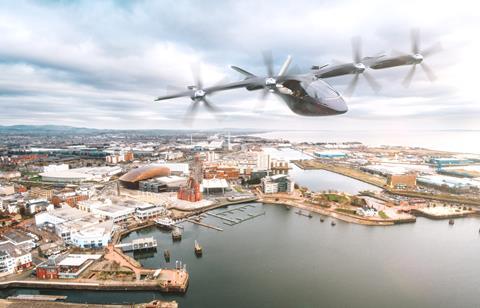 Airspace integration will be a key challenge to overcome

In addition, the UK “can reclaim its position as an end-to-end designer and manufacturer of commercial aircraft”, the report notes, building a product with huge export potential.

Connectivity between cities with poor or congestion road or rail links will also be improved, the company argues, helping the government’s much trumpeted ‘levelling up agenda’.

While Macmillan says that once certification is achieved - a milestone expected in 2024 – the VA-X4 could be operated under current rules from existing infrastructure.

But to achieve the expected national growth in eVTOL operations, numerous activities need to be completed by 2025, with many needing to be started as early as next year.

“It is coming a lot faster than people think,” says Macmillan. “We are saying to the government ‘let’s get ready to make this a reality by 2025’. Yes, there’s a lot to do and we are going to need lots of parties coming together to do that.”

Key areas highlighted by the white paper as needing action include: the provision of suitable locations for landing sites to meet passenger demand, and the modification of existing aerodromes with facilities such as high-voltage charging points; changes to existing airspace management frameworks to allow the safe incorporation of eVTOL aircraft; and engagement with the public to ensure acceptance of this new transport mode. 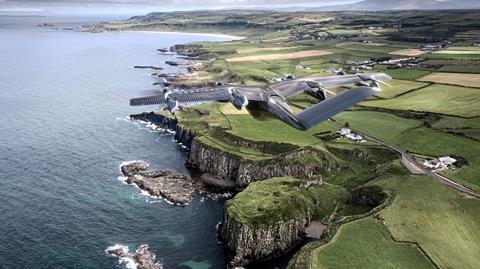 Vertical says regional connectivity will be improved by eVTOL services

That, for example, has already examined the feasibility of flights between London City and Heathrow airports. Macmillan says that as the VA-X4 moves closer to certification, test flights of potential routes are envisaged.

In addition, Macmillan sees the requirement for the whole industry to collectively engage with the public in order to head off any potential concerns about eVTOL operations.

He points to the high levels of safety inherent in the VA-X4’s design, its low noise and zero carbon emissions, plus the “fantastic new service” eVTOL aircraft can provide.

“People will connect to that, particularly if it’s a service they see the benefit of.”

Vertical has tentative commitments for over 1,300 VA-X4s, from carriers including American Airlines and Virgin Atlantic, plus lessor Avolon, which in turn has struck deals with Gol and Japan Airlines.