Hydrogen powertrain developer ZeroAvia has secured an additional $37.7 million in investment – including backing from funds created by Bill Gates and Jeff Bezos, alongside a commitment from the UK government.

As part of its Series A funding round, California-based ZeroAvia has raised $21.4 million, led by Breakthrough Energy Ventures – a company founded by Gates – and Ecosystem Integrity Fund. Additional contributions were made by Amazon Climate Pledge Fund, Horizons Ventures, Shell Ventures, and Summa Equity. 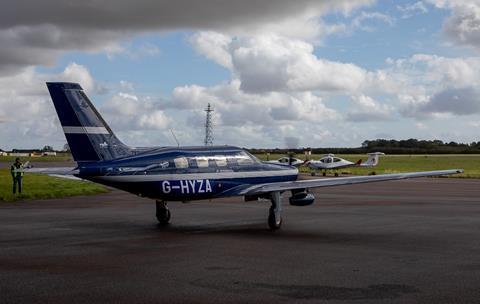 Separately, ZeroAvia will receive £12.3 million ($16.3 million) via the UK’s Aerospace Technology Institute as part of programme, called HiFlyer II, to deliver a market-ready – for which read certifiable – hydrogen powertrain to equip a 19-seat passenger aircraft by 2023.

ZeroAvia in June performed the UK’s first commercial-scale battery-electric flight, followed by the first flight of the largest hydrogen fuel cell aircraft in September 2020 using a six-seat Piper Malibu M350 as part of the HyFlyer I project; a longer, 250-300nm flight is anticipated “in the next three months”. 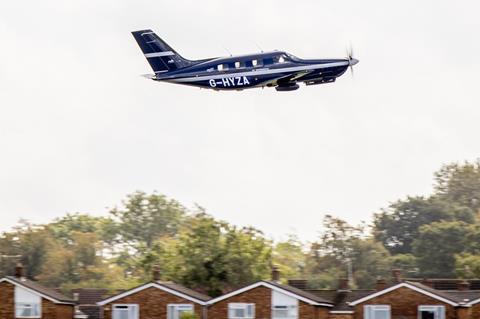 Val Miftakhov, founder and chief executive of ZeroAvia, says that more than 10 airlines are looking to “implement our powertrains” from 2023.

“Both aviation and the financial markets are waking up to the idea that hydrogen is the only meaningful path towards large-scale, zero-emission commercial flight,” he says.

“Powering a 100-seat plane on hydrogen is not out of the question.”

News of the latest investments comes hot on the heels of a 12 December announcement that ZeroAvia will partner with British Airways to analyse how hydrogen-powered aircraft can play a role in the carrier’s future fleet.

The pact is part of the Hangar 51 technology accelerator programme run by BA parent IAG.