AgustaWestland has proposed a version of the commercial AW119Kx to replace the US Navy’s outdated fleet of Bell 206-based TH-57 SeaRanger trainers.

Rebranded as the TH-119, the light single was on display at the Navy League’s Sea-Air-Space exposition in Washington DC this week.

The aircraft has been updated from the Garmin G1000 all-glass avionics suite to a dual-display Genesys Aerospace cockpit, which allows visual and instrumental flight rules (VFR/IFR) training and instruction from either seat. The TH-119 retains the AW119's full commercial US Federal Aviation Administration type certification.

Other features that Leonardo-Helicopters brnad hopes will set its Pratt & Whitney Canada-powered type apart from the crowded field vying for the navy’s advanced helicopter trainer requirement is a 180° adjustable observation seat and night vision device-compatible cockpit. The cabin has "high-visibility cockpit doors and a low-profile instrument panel to ensure maximum visibility,” says Leonardo in a statement.

It also has re-enforced skids with replaceable skid shoes to reduce fatigue from repetitious touchdown training manoeuvres. Leonardo is also offering a configuration with five fuel cells and a pressurised refuelling post for faster top-ups, even when the engine is running.

The navy owns 117 SeaRangers. The 48-year-old aircraft is assigned to the navy’s rotorcraft training school at Naval Air Station Whiting Field in Florida. Students complete their visual flight rules training on the C-models before completing their IFR certification on the B-models.

Since August 2013, the maritime branch has been exploring options for bringing its entire training enterprise into the 21st century through greater use of computer-based training and high-fidelity simulators. 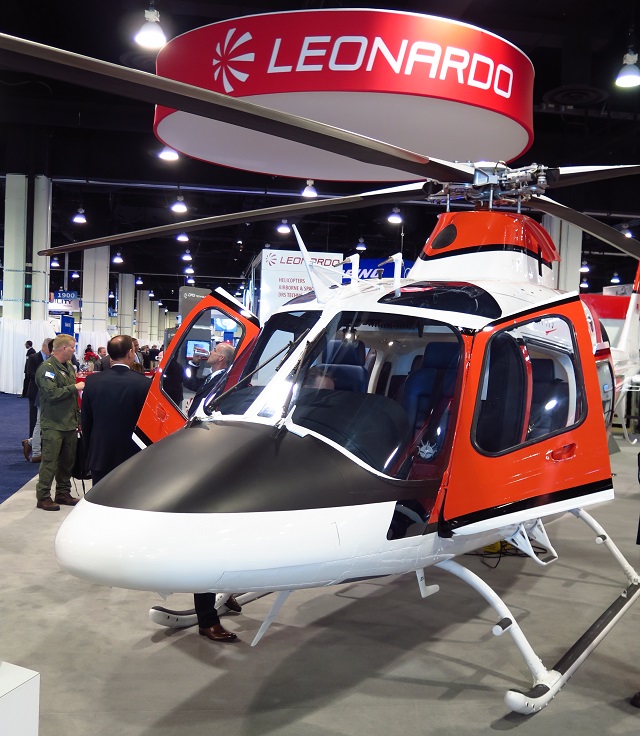 Industry sources say the navy wants a light, single-engine helicopter, but would prefer to sign up to a pay-by-the-hour service or leasing arrangement, instead of owning the units outright.

Funding would likely come from the service’s operations and maintenance budget instead of procurement, partly to avoid creating another lengthy and expensive acquisition programme.

The AW119 is manufactured at the AgustaWestland plant in Philadelphia, Pennsylvania, as is the AW139 medium twin that Leonardo is pitching to the US Air Force as a Bell UH-1N Twin Huey replacement.

Airbus Helicopters will not say which aircraft it would offer, but is likely to propose the Turbomeca-powered H135 commercial helicopter if the navy opts for a single-engine type to reduce operating costs. If a twin-engine helicopter is preferred, Airbus could offer the light medium H135.

Nothing has been announced by Lockheed Martin-owned Sikorsky, but the helicopter manufacturer could team with another airframe to offer a complete training package. 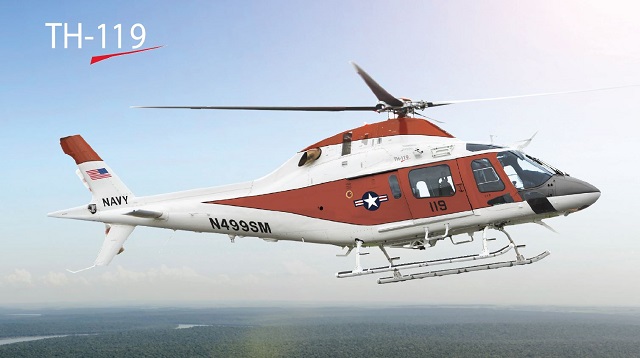