While the European Union, in its transatlantic civil aircraft subsidy dispute, had sought World Trade Organization authorisation to impose a higher penalty than the $7.5 billion awarded to the US government, it ultimately failed to convince the WTO of its case.

Over the course of the long-running dispute the EU has submitted various claims for the total countermeasures penalty – including figures of $12 billion in September 2012 and just over $10 billion in July 2019.

The EU had calculated its figure based on two primary sources of adverse effects on Airbus’s business.

These comprised a tax break for Boeing in Washington state – leading to lost sales to Air Canada, Flydubai and Icelandair, and the “threat of impedance” of imports to the USA and exports to the United Arab Emirates – plus aeronautics research and development subsidies, which led to lost Airbus A330 and original A350 sales to Qantas, Icelandair, Kenya Airways and Ethiopian Airlines.

According to the WTO the EU’s ultimate value for the penalty, combining these effects, amounted to just under $8.6 billion.

The US side had raised several objections to the claimed level of countermeasures, notably arguing that the impact of the aeronautics research fell outside the scope of the proceedings.

It also challenged other aspects of the valuation, insisting that Airbus would not necessarily have won each contested sales campaign, and that this uncertainty should be taken into account. 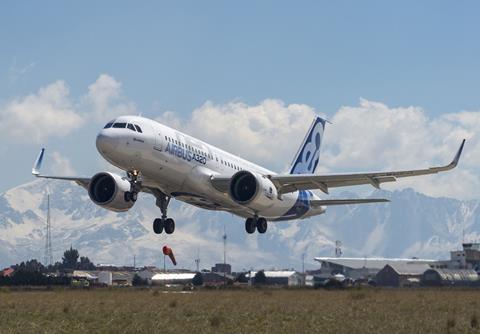 Crucially the WTO accepted the aeronautical research objection, ruling that its impact did “not…fall within the scope” of the adverse effects under consideration.

Its calculations ultimately reduced the size of the penalty award to $3.99 billion.

“I would much prefer not to do so. Additional duties are not in the economic interest of either side.”

The US Trade Representative’s office argues that the penalty award to the EU should be reduced further, and that the EU has “no lawful basis” to impose tariffs on US imports, including civil aircraft.

This is because, the office claims, the WTO “did not take into consideration” the legislative measure on 1 April 2020 through which Washington state raised a business tax rate to the “generally applicable level”, eliminating the controversial tax break at the centre of Airbus’s case.

“Under WTO rules, [the EU] can apply authorised countermeasures only until the illegal measure, or the harm from that measure, is eliminated, which has already occurred in this dispute,” it adds.

US Trade Representative Robert Lighthizer says: “Any imposition of tariffs based on a measure that has been eliminated is plainly contrary to WTO principles and will force a US response.”

Lighthizer emphasises that the EU’s case largely fell apart under scrutiny, with the WTO’s arbitrator declining to authorise any retaliation for subsidies other than the Washington state tax situation, rejecting the claims for reparations from aeronautical research effects.

Neither side’s penalty awards can be appealed, says a senior European industry source close to the dispute: “The only way a party can get rid of the authorisation [to impose tariffs] is to show compliance with WTO findings.”

The appeals process to demonstrate compliance, however, has been held up by an impasse in the selection of members for the WTO appeals body.

While the US side fired the first shot in the dispute, some 16 years ago, and the EU has attempted to encourage negotiation while simultaneously pursuing its own counter-complaint, there is evidence that both parties are prepared to find a way of settling the long-running spat.

“We are waiting for a response from the EU to a recent US proposal and will intensify our ongoing negotiations with the EU to restore fair competition and a level playing field to this sector,” says Lighthizer.

His office insists that the US has “exercised restraint” by opting against imposing the full extent of available penalties on the EU, in order to “maximise the chances of success” for talks aimed at ending the dispute.

The US side has nevertheless maintained a 15% tariff on imported Airbus aircraft, despite the EU’s efforts to persuade the US government to withdraw the duties by modifying terms of launch aid for programmes including the A350 – measures which Airbus claims put the airframer in full compliance with WTO requirements.

EU trade commissioner Dombrovskis similarly hints at prospects for a settlement, stating that he has been “engaging” with Lighthizer on the matter. The EU, he says, is open to seeking a “fair and balanced” settlement and an agreement on disciplines governing future civil aircraft subsidies.

“It is my hope that the US will now drop the tariffs imposed on EU exports last year,” he adds. “This would generate positive momentum both economically and politically, and help us to find common ground in other key areas. The EU will continue to vigorously pursue this outcome.”

Given the current economic crisis, which is affecting not only air transport but other industrial and agricultural sectors, the two sides have mutual interest in alleviating the tariff burden, he says.

But Dombrovskis also warns that the EU is prepared “reluctantly” to impose its own counterstrike, through tariffs on imported Boeing aircraft, if it does not see evidence of a US rethink.