Canadian and US officials believe Iranian military forces, possibly by mistake, shot down the Ukraine International Airlines Boeing 737-800 that crashed outside Tehran on 8 January, killing 176 people.

“The evidence indicates that the plane was shot down by an Iranian surface-to-air missile,” Canadian prime minister Justin Trudeau tells reporters on 9 January.

Canada reached that conclusion, which Iran has denied, after reviewing “intelligence from multiple sources, including our allies and our own intelligence.” 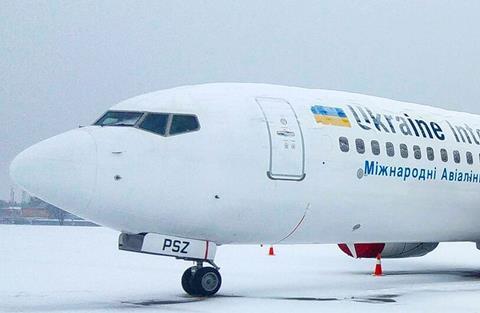 The crash of Ukraine flight PS752 came in the tense hours after Iran launched missile strikes against US-occupied bases in Iraq, a response to the US military’s killing of Iranian general Qasem Soleimani.

Trudeau adds that Iran’s actions may have been “unintentional” or “accidental”, but stresses that officials remain uncertain about circumstances surrounding the alleged missile strike.

Trudeau says the conclusion that Iranian military forces downed the aircraft “reconfirms the need for a thorough investigation” into the crash.

Canadian foreign minister Francois-Philippe Champagne has already told his Iranian counterpart that “Canadian officials must immediately be granted access to Iran, to be granted consular services, to identify victims and participate in a thorough investigation”, Trudeau says.

He says Iran has expressed “an openness to Canadian involvement in the investigation from the beginning”.

But Trudeau provides no confirmation of Canada’s involvement, and Iran has said it intends to keep the aircraft’s cockpit voice and flight data recorders within its borders.

The aircraft took off from Tehran at 06:13 local time on 8 January and climbed westward to 8,000ft before disappearing from radar, Iran has said. Purported video of the crash shows a fiery object, breaking apart and falling from the sky.

Prime minister Trudeau says he has spoken to Netherlands prime minister Mark Rutte about the Netherlands’ experience investigating the crash of Malaysian Airlines flight MH17 in 2014. Dutch investigators determined a Russian missile downed that aircraft, a 777-200.

On Thursday, some European airlines decided to aviod Iran airspace altogether as a precautionary measure. Lufthansa’s daily direct flight from Frankfurt to Teheran, LH600, was turned around over Romaina and is currently returning to Germany. Austrian Airlines flight OS871 from Vienna to Teheran landed in Sofia, according to flight tracking website Flightradar24.