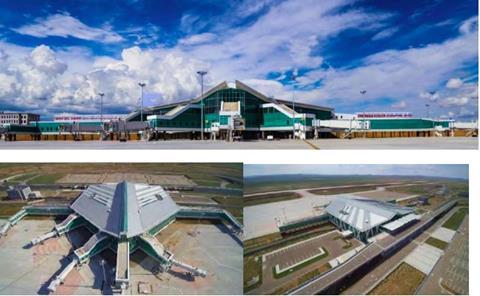 NUBIA has a concession agreement with the local government to manage airport operations for the next 15 years.

The new airport, located 50km to the south of the capital city Ulaanbaatar, was originally scheduled to commence operations in 2020, but the opening was delayed because of the Covid-19 pandemic.

“All assets have now been safely transferred from the old airport (Buyant-Ukhaa International airport), thereby readying the new airport for flights and passenger traffic,” the Japanese entities say.

Although the pandemic has significantly reduced air travel in Mongolia, demand for flights is expected to increase over the medium to long term, particularly in Ulaanbaatar, according to the statement. The new airport will likely play an increasingly prominent role over the coming years, it adds.

“In addition to prioritising passenger safety, security and comfort, NUBIA plans to leverage the new airport to increase the number of routes and flights servicing Ulaanbaatar, develop attractive in-terminal commercial facilities, and otherwise enhance the new airport’s services and profitability.”

As of 2019, the old airport was capable of servicing 1.6 million passengers, comprising 1.2 million for international routes and 410,000 for domestic routes.