Rolls-Royce is hopeful that it can increase the market share of its Trent 1000 on the Boeing 787 now that the engine’s durability issues are, in its view, behind it.

Speaking to investors on 13 May, Chris Cholerton, president of civil aerospace, admitted that the manufacturer’s reputation had “taken a knock” due to the durability problems with compressor and turbine blades on the Trent 1000, which saw 787s withdrawn from service while R-R developed a fix. 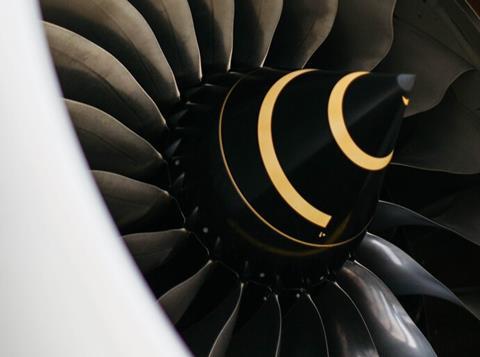 Compressor and turbine blades were affected by premature degradation

However, Cholerton argues that the way R-R responded to the crisis and the “awful disruption” that was caused, will stand it in good stead for the future.

“We have worked very closely with those customers through that period,” he says, claiming that it has earned “some credit” with operators.

“That disruption is now behind us, and we have made good progress in validating and implementing permanent fixes to those issues.”

Seven of nine fixes developed for the Trent 1000 engine have now been implemented, according to a slide displayed as part of Cholerton’s presentation.

Durability and reliability levels are now in line with other Trent powerplants, he says.

That presents the company with “opportunities to make wins” and increase a share of the 787 market that Cholerton admits is “lower” than that of its rival.

R-R continues to invest in technologies to “drive a step-change in the efficiency” of gas turbine engines across a range of sizes. “At the smaller size we are investing in technology which we are bidding on the Embraer turboprop.

“We believe there we have a compelling proposition,” he says.

Embraer expects to take a decision on launching the programme by year-end or in early 2023.