Avolon believes the fall-out from the leasing industry’s exposure to the Russian market could see airlines in emerging markets paying higher rates for leased aircraft.

Chief executive Domhnal Slattery, speaking today during a Eurocontrol webinar today, said that although Avolon’s net exposure is relatively small – “in the headache not migraine zone” – the loss of aircraft in Russia will make the wider industry take stock. 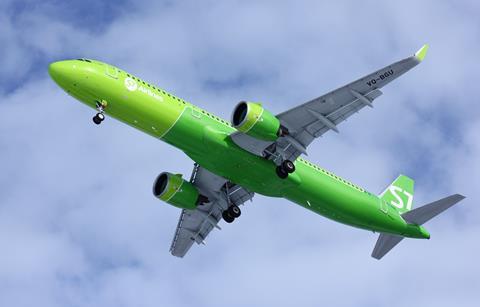 “Together we want to figure out what our attitude is to financing aircraft in the emerging markets, in certain of these more challenging jurisdictions around the world,” he says.

“And indeed, consequently, what are the lease rates? What is the risk premium that will be required for us to put our capital to work in some of these jurisdictions? My view is that it’s going to go up.”

Avolon had just 14 aircraft on lease to Russian carriers and was able to repossess four examples after sanctions were imposed on the back of Moscow’s invasion of Ukraine; Slattery says he considers the remaining jets “stolen” by Russia and will now make an insurance claim covering their loss.

With around 500 Western-built aircraft now seized by Russia – many of them leased – Slattery thinks the insurance industry will be faced with billions of dollars of claims.

“My sense is that’s going to be a really interesting and bumpy ride between the lessors and the insurance market,” he says.

That in turn is likely to increase the insurance rates charged to airlines and lessors, and the types of insurance offered to those customers, Slattery says.

Avolon’s relatively mild exposure to Russia came out of a sense of caution on Slattery’s part: “I’ve always been nervous about Russia, the geopolitical risks there,” he says.

Although regularly challenging that view, not least that “in many ways they were very good clients because they always paid on time”, Slattery never felt “comfortable” dealing with Russian airlines.

“As a consequence we just had a sort of risk-off headset towards Russia for years. And as a consequence, our portfolio size in Russia was, on a relative basis, small.”