All-Boeing cargo operator Silk Way West Airlines has placed an order for a pair of Airbus A350 Freighters, plus options for a further two examples.

Silk Way West says the aircraft will be delivered over the 2027-2028 period. No details of the contract value were disclosed, however. 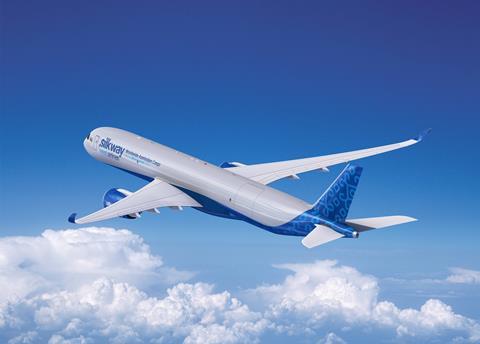 Deliveries of the widebody freighters will begin in 2027

“I am confident of the success that the acquisition of these new aircraft will bring us, and the signing of this agreement marks a new milestone in the growth of our company.

“There is no doubt that this partnership will strengthen the company’s leading position in the global air freight market over the next 15-20 years,” says the carrier’s president Wolfgang Meier.