A committee established by the US Department of Transportation has determined that the Federal Aviation Administration and Boeing properly followed FAA processes when approving the 737 Max.

In a report released 16 January, the committee also throws support behind the FAA’s controversial Organisation Designation Authorisation (ODA), under which the FAA delegates certification work to manufacturers.

But the report also urges the FAA to make significant improvements.

It recommends the FAA require aerospace manufacturers have formal risk-mitigation plans known as safety management systems (SMS). The report also calls for the agency to better account for pilot performance and pilot-system interactions, and to better review how updates to old aircraft designs affect safety.

“The committee found the FAA’s overall certification system to be effective,” says the 67-page report. “It also concluded that reforms must be adopted to help our extremely safe aviation system become even better at identifying and mitigating risk.” 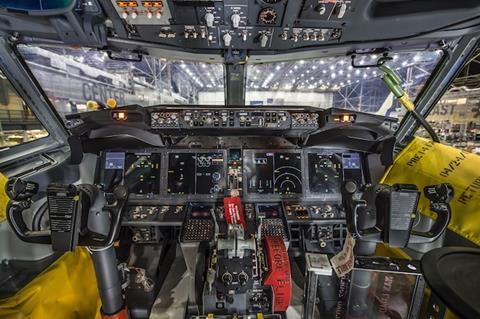 Democrat Peter DeFazio, chair of the House Committee on Transportation and Infrastructure, says he will consider the recommendations as lawmakers mull possible certification-related legislation. He also pledges to address perceived problems with the ODA programme.

“It would be the height of irresponsibility to leave the ODA system as is and just hope for the best the next time,” DeFazio says in a statement. “Not addressing the failures head-on would be a grave mistake and that will not happen on my watch.”

But Republicans read the report differently, saying it “clearly dispels the narrative that our aviation certification system is broken and must be completely rebuilt”.

FAA administrator Steve Dickson says in a statement, “We welcome and appreciate the special committee’s recommendations”.

“I was pleased to see that the committee recommended we advance the use of safety management systems throughout all sectors of the aviation industry,” Dickson adds. “The agency will carefully consider the committee’s work, along with the recommendations identified in various investigative reports and other analyses, as we take steps to enhance our aircraft certification processes.”

During its investigation, the committee interviewed FAA staff from the agency’s Boeing Aviation Safety Oversight Office, which certificated the Max. It also “met with an array of aviation and safety management specialists” and industry representatives, says the DOT.

The committee found that the FAA and Boeing did develop a “comprehensive certification plan” for the 737 Max. It says the FAA, through use of ODAs, “acted appropriately in determining its level of involvement for each element of the certification plan”.

Investigators implicated MCAS as a major factor causing two Max crashes that killed 346 people. Pilot training has also been seen as a factor.

Experts have faulted Boeing and the FAA for not adequately studying how pilots might response to failures of MCAS, which was new to the Max.

Though MCAS was tested during initial FAA Max certification flights, the FAA’s “regulations and protocols did not require testing of MCAS for combinations of mechanical and human failures,” the report says.

Boeing and the FAA believed pilots would interpret MCAS failures as a runaway stabiliser event, which pilots could address using a non-normal checklist.

But the pilots of the two crashed Max, apparently overwhelmed and confused by a bevy of cockpit alerts and warnings, were ultimately unable to counter MCAS.

Following the crashes, critics have railed against the FAA for delegating critical Max certification work to Boeing, and reports surfaced that Boeing unduly pressured employees in its ODA unit.

Still, the committee’s report finds the FAA’s ODA process, broadly speaking, “appropriate and effective”. It urges lawmakers to “recognise” that the ODA process has allowed “innovation to thrive”.

However, it urges the agency and industry to “address concerns about potential undue pressure on an ADO unit”.

The commission also urges the FAA to ensure certification work includes consideration of training and maintenance standards found at foreign airlines – standards that may differ from US carriers. And it recommends the FAA “plan an aggressive recruitment campaign” to attract skilled staff.

The report also calls on the FAA to require aircraft manufacturers to establish SMS – company-wide safety plans intended to mitigate risk. The FAA already requires US airlines have SMS.

Boeing did not immediately respond to a request for comment about SMS. However, the company has overhauled its internal structure to include a separate safety division and changed reporting lines so that engineers report to a chief engineer, not to business unit heads. Boeing also established a board-level safety committee.