Airborne early wonders: our Top 10 eyes in the sky

In the week that Royal Australian Air Force officials hailed the performance of the service’s Boeing 737-based Wedgetail aircraft over Iraq, and as the UK draws closer to announcing a successor to its Westland Sea King 7 capability, our Top 10 looks at some of the unusual and rare types delivering the airborne early warning and control mission around the globe. Our listing is derived from data on in-service and on-order aircraft contained within Flightglobal’s Ascend Fleets andMiliCASdatabases. 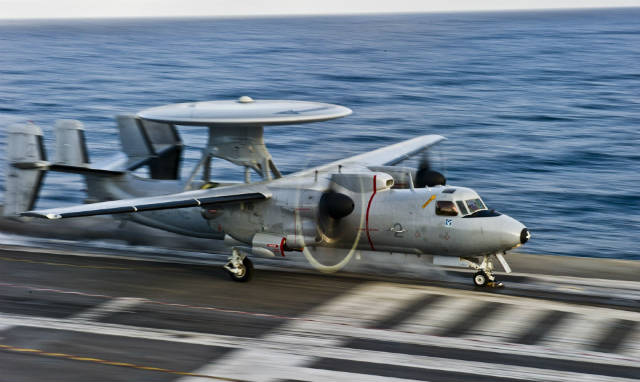 The most numerous AEW&C system type in use today, the E-2 Hawkeye is flown by the air arms of Egypt, Japan and Taiwan, and by the French and US navies as a carrier-based asset. We record these nations as having a combined 96 of the twin-engined type in active duty, while the US Navy has at least another 36 D-model examples to be delivered. The new version has an expanded capability to serve as an airborne battle management platform. 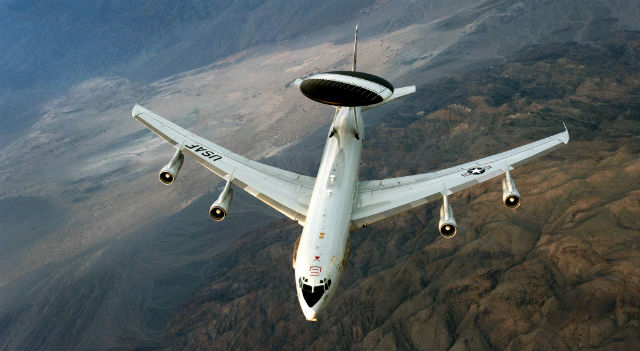 So synonymous with the role is Boeing’s E-3 that the phrase AWACS (airborne warning and control system) has become a widely used expression to describe any aircraft performing such a mission. With its distinctive above-fuselage radome, which houses a Northrop APY-1 or -2 surveillance radar, the Sentry is in use with the US Air Force – which has 31 – as well as international operators France, Saudi Arabia and the UK, which have a combined 15. A multinational NATO AWACS force also is equipped with 17 examples. 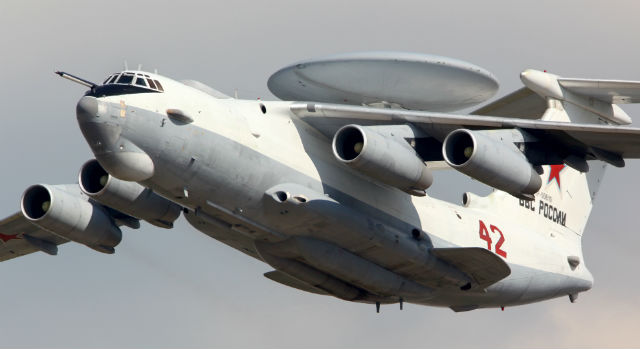 MiliCAS records Russia’s air force operating a fleet of 21 Ilyushin Il-76-based Beriev A-50 AEW&C platforms. India also has an active inventory of three of the same type, with two more on order. China’s air force also used the Il-76 as the basis for its own system, named the KJ-2000, and has five in its fleet. 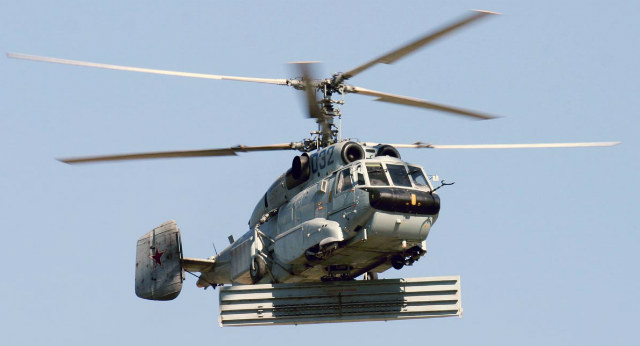 Described as a “radar picket”, the ship- or land-based Ka-31 carries a deployable, rotating array beneath its fuselage, which allows its crew to scan an area around a navy’s surface fleet for airborne and maritime threats. The type is used only by the navies of China, India and Russia, with Ascend recording these as having a respective nine, 14 and three in service. 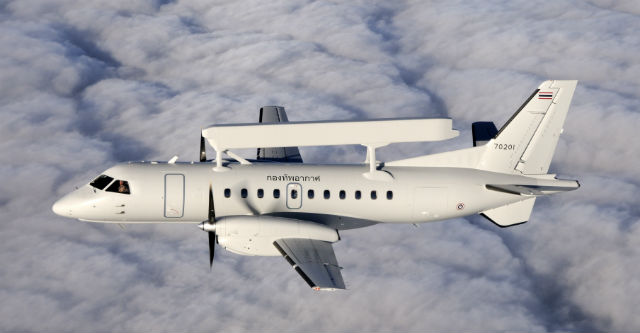 Our fifth-place entry is for a Swedish-developed mission system and radar which has so far been adapted for use aboard a trio of airframe types. Stockholm first developed the Erieye package for installation with the Saab 340 regional turboprop, which the Swedish air force flies as the Argus. It was also later adapted for the Embraer ERJ-145 and Saab 2000. A combined 20 AEW&C aircraft in these models are flown by Sweden, Brazil, Greece, Mexico, Pakistan, Thailand and the United Arab Emirates. A similar-looking antenna array has also been developed independently by India – and also mounted atop the ERJ-145. 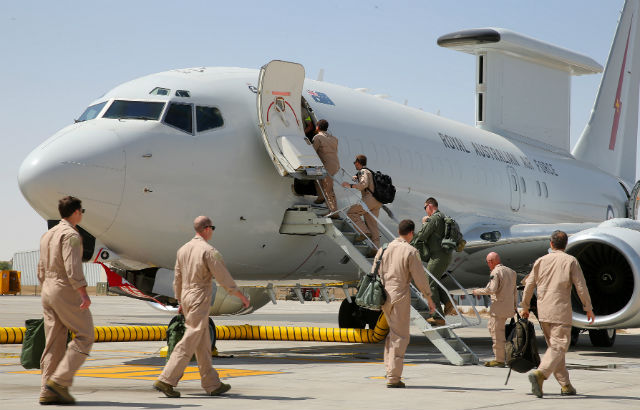 The 737-based AEW&C system is easily distinguishable from the narrowbody airliner due to its Northrop Grumman MESA active electronically scanned array, or “top hat”. Australia has the largest fleet, with six “Wedgetail” aircraft. One of these has been flying missions of up to 16h in duration during the nation’s Operation Okra contribution to the US-led campaign against Islamic State militants in Iraq and Syria. South Korea has received all four of its surveillance-roled 737s, while the Turkish air force has taken delivery of all but one of its eventually four-strong fleet. Ascend also records Qatar as interested in acquiring three. 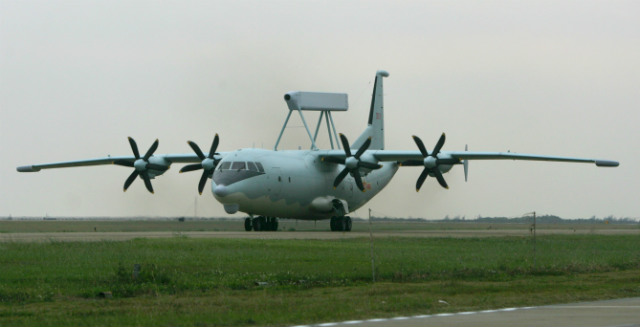 With the same installed fleet size as the AEW&C-roled 737, China’s early-warning version of the Shaanxi Y-8 has the designation KJ-200 with the nation’s armed forces. Beijing’s air force has seven in use, and its navy three. Pakistan’s air force also has acquired three examples – with a fourth on order – and designates the type as the ZDK-03. 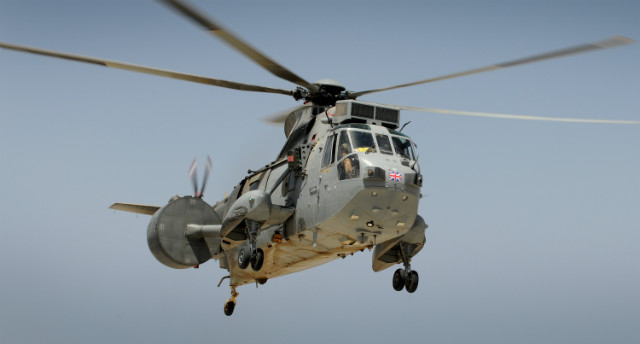 Nicknamed “baggers”, due to the inflatable housing containing the mechanically scanned array for the type’s Thales Searchwater 2000 radar, the UK Royal Navy’s Sea King 7 airborne surveillance and control system provides an organic AEW capability while deployed from surface ships. Also flown extensively in an over-land surveillance role while deployed to Afghanistan until late last year, the venerable type is nearing the end of its service, with the 10-strong fleet to retire between next year and 2018. The Ministry of Defence has opted to install a replacement system dubbed Crowsnest on 10 AgustaWestland AW101 Merlin HM2 anti-submarine warfare helicopters, and is due to choose between a Lockheed Martin UK and Thales UK team during the second quarter of this year. The UK will follow the Italian navy in operating the AW101 in an AEW&C role, with Rome having four examples in use. Meanwhile, Ascend shows the Spanish navy as still operating two AEW-adapted S-61s. 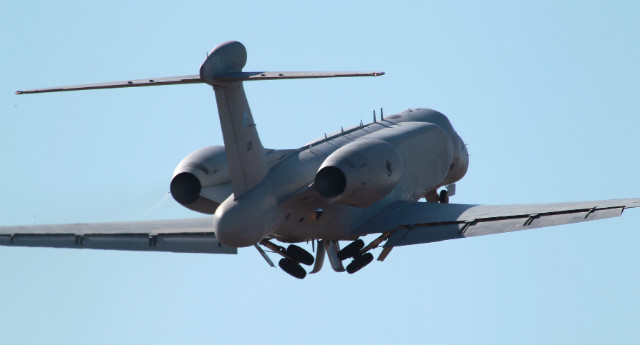 Israel and Singapore today operate a combined six Gulfstream G550 business jets that have been extensively modified by Israel Aerospace Industries’ Elta Systems subsidiary into the conformal AEW (CAEW) standard. Italy also is to receive two of the type. Rarer still is the IAI-developed Phalcon system, which integrated an AEW&C mission kit aboard the Boeing 707 platform. Single examples are flown by the air forces of Israel and Chile. 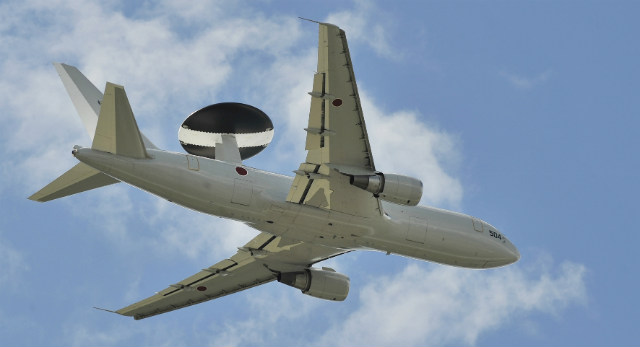 Boeing’s experience with delivering the E-3 AWACS led to the company’s development of a comparable system based on its newer 767 platform. Japan was the only nation to acquire the type, and flies four of the E-767 variant, along with the same number of KC-767 tankers.