More than four months after it performed the debut flight of Poland's enhanced PZL-130 Orlik MPT multipurpose trainer, Airbus Defence & Space has formally presented the aircraft for the first time.

Conducted at the 41st Training Aviation Base in Deblin on 6 October, the first official flight involved Krzysztof Galus, chief test pilot at Airbus's Warsaw facility, and Capt Dariusz Stachurski, leader of the Polish air force's "Orlik" aerobatic display team. The aircraft landed after about 15min in the air. 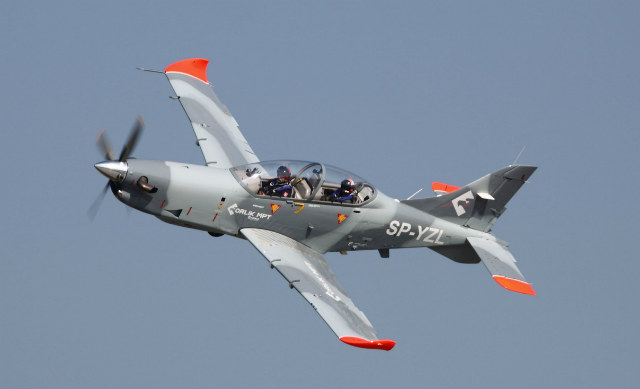 A first technical flight involving the Orlik MPT was conducted from Warsaw-Okecie airport on 23 May, following the completion of a two-month period of ground testing to check the functionality of its new glass cockpit, back-up avionics, airframe health and usage monitoring systems, antennas and electrical system.

By the time of its first public flight earlier this month, the Orlik MPT had spent about 30h in the air. Airbus says this testing has confirmed the basic operation of the aircraft's engine, hydraulics system, air conditioning, brakes and flap controls, as well as its radios, navigation equipment and flight instruments, along with its basic and emergency landing gear system controls. Pilots have also checked the ergonomics of new the cockpit configuration.

As a result of this work, the company has received permanent approval for flights in special category clearance from the Polish Civil Aviation Authority.

During the next phase of the programme, tests of the Orlik MPT's glass cockpit avionics functionality, automatic rudder trim system, engine anti-icing system and anti-skid braking system will be carried out, says Airbus. 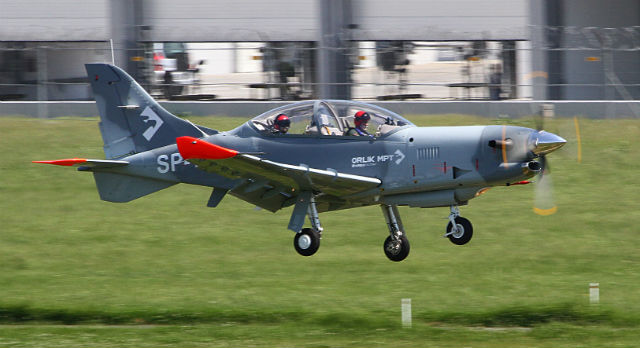 Deputy minister of national defence Czeslaw Mroczek says a market analysis for a glass cockpit upgrade to the Polish air force's PZL-130 Orlik TC-II configuration will be completed before the end of this year. The service is interested in acquiring 12 new aircraft, to enter into service from 2018.

Poland's current air force inventory includes 28 PZL-130s. Sixteen of these are in use in the upgraded TC-II standard, says Flightglobal's MiliCAS database, which records four TC-I-variant trainers as also in current use, with another eight not currently operational. It is expected that the service will upgrade its earlier aircraft to the MPT standard, which it also refers to as the TC-II GC.

Airbus officials have named Chile and Jordan as potential export customers for the Orlik MPT.