Airbus came into being as a commercial aircraft consortium 50 years ago – combining the airliner manufacturing muscle of France, Germany, Spain and the UK. However, we had to wait until the turn of the century for the next tectonic shift in the European aerospace and defence industry, with the creation of the European Aeronautic Defence & Space Company or EADS. It was a name as unwieldy as its corporate structure, but it was the forerunner of what was to become, a decade and a half later, the Airbus of today.

EADS was an ambitious attempt to consolidate, under one organisation, many of the aerospace assets of Germany and France that were still outside the Airbus consortium or Eurocopter, the joint venture between the helicopter divisions of Aerospatiale and DASA formed eight years earlier in 1992. At a time when national military budgets were under pressure and US defence contractors had gone through their own post-Cold War wave of consolidation, the governments of France, Germany and Spain had created at a stroke a genuine European heavyweight in the aerospace market. 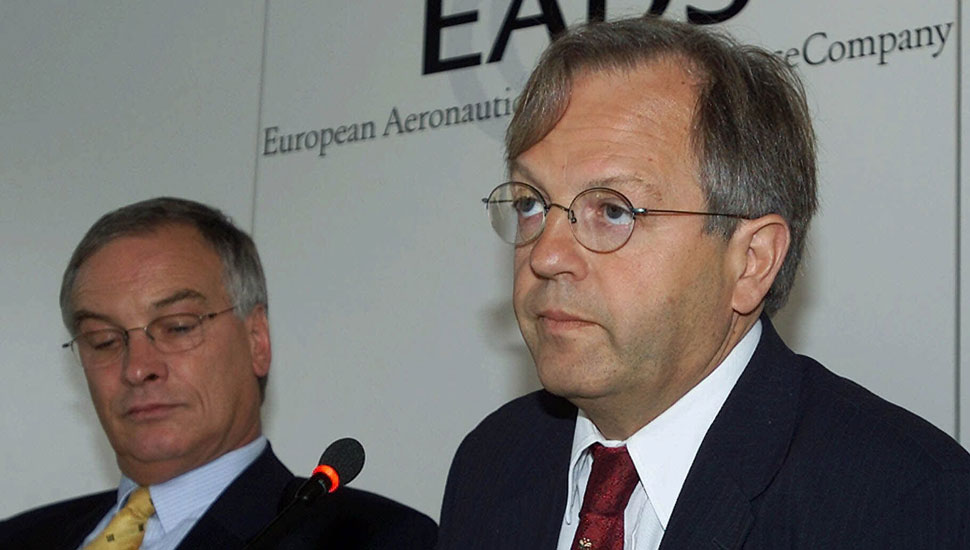 Its assets included a controlling stake in the Airbus consortium as well as Eurocopter, a largely Bavarian-based defence business, and several factories and technologies supporting the European government-funded and commercial space efforts. There was a legacy military transport operation – inherited from the Spanish arm CASA – and the blueprints for the large European airlifter that was to become the A400M. Additional entities included turboprop manufacturer Socata and a freighter conversion outfit, as well as a share in new European missile house MBDA.

The EADS that came into being in 2000, however, was a confusing creature of compromise. It owned only 80% of the Airbus consortium; BAE Systems, which refused to have anything to do with EADS, held onto the 20% “British” share. France’s biggest defence contractor – Dassault Aviation, maker of the Mirage and Rafale fighters as well as the Falcon range of business jets – also remained outside EADS. However, EADS inherited a 46% stake in Dassault, a legacy of the attempt by the socialist Mitterrand government in the 1980s to increase the state holding in the family firm.

Italy turned down a chance to be part of the EADS experiment, preferring to hold its aerospace and defence businesses within the Finmeccanica holding company. Like BAE, Finmeccanica remained a partner with EADS in the Eurofighter programme and with Airbus specifically in turboprop manufacturer ATR. Similarly, BAE, EADS and Finmeccanica pooled their weaponry manufacturers into MBDA. It all meant that a chart depicting Europe’s aerospace and defence industry in the early 2000s was a jumble of dotted lines and partial ownerships.

The ownership of EADS reflected the complex origins of the company. France and Germany each held roughly 30% of the shares, with car firm DaimlerChrysler (later Daimler) Berlin’s representative – its aerospace subsidiary had been subsumed into EADS. France’s stake was split between media firm Lagardere and the state. Spain, with its legacy military aircraft business as well as a smaller industrial presence in Airbus and Eurocopter through its national champion CASA, owned 5.5%. The remaining shares floated on various European stock exchanges.

EADS’s management structure was more byzantine. While Airbus at least had a single chief executive in Toulouse – albeit with a senior team below him carefully picked to reflect each national shareholder’s influence – EADS had an unorthodox top management layer overseeing the divisions. There were twin chairmen, and two chief executives, one of each appointed by the main national shareholders, and split between head offices in Paris and Munich. To avoid having to make a tricky decision, the registered headquarters – little more than a brass plate – was in neutral Amsterdam. 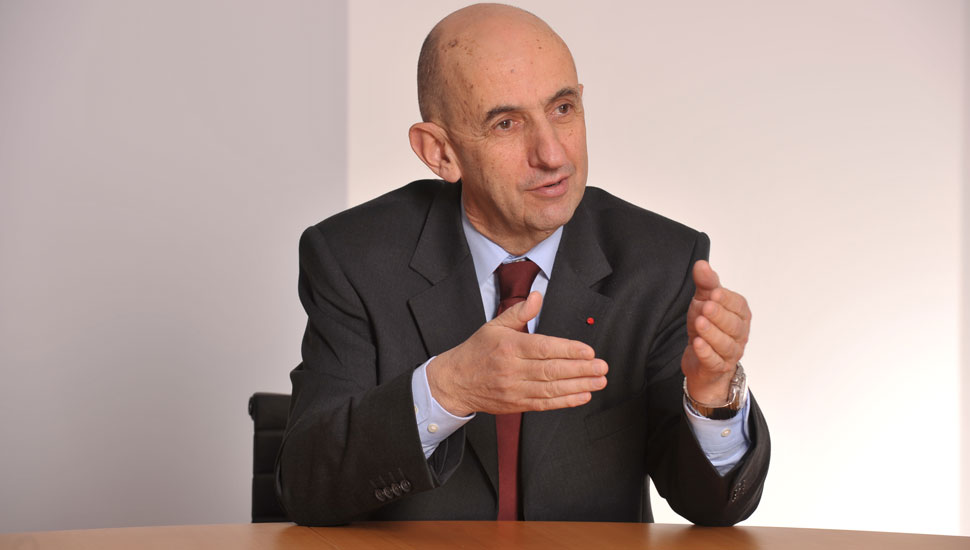 Some argued that hedging control across the Rhine was the only practical way France and Germany could have created EADS, given the huge political, industrial and security stakes involved. Philippe Camus and Rainer Hertrich, joint chief executives in the early years, were largely ceremonial presidents, providing a steer and occasionally unlocking large investments. However, most key decisions were taken at divisional level. Additionally, by 2004, rationalisation had begun, with BAE Systems selling its 20% stake in Airbus, making the airliner manufacturer a full subsidiary of EADS.

Despite this, mistrust between the French and German sides continued. However, a breakdown in communication between programme managers in the Hamburg and Toulouse factories of Airbus, rather than a political spat, proved the catalyst for a series of changes that led to the creation of a single organisation, run by one chief executive from one head office. A series of incidents in 2005 and 2006 caused a costly delay to the A380 programme and led to the resignation of chief executive Noel Forgeard, and his ultimate replacement by veteran French industrialist Louis Gallois.

In 2007, Gallois took over as the first single chief executive of EADS, with Tom Enders, a rising star of the defence business – who had briefly shared the top job at group level with Gallois – installed at Airbus, and groomed to take over from the Frenchman. Gallois instituted a savings programme to counteract the effects of a high euro cost base and revenues in a weak dollar. He also laid down a strategy to rebalance the business away from its reliance on the Airbus commercial business and generate half its revenues from defence, spaceflight, rotorcraft and other services.

Although resurgent commercial orders, sluggish sales of the A400M and a failure to break the US defence market meant Gallois never achieved that second objective, he did have some success in consolidating the sprawling empire. EADS sold off niche businesses such as Socata to French firm Daher, and a UK aerostructures plant to GKN. While an attempt to do the same with its French and German aerostructures factories failed, EADS did spin the operations off into semi-autonomous units called Aerolia (now Stelia) and Premium Aerotec. 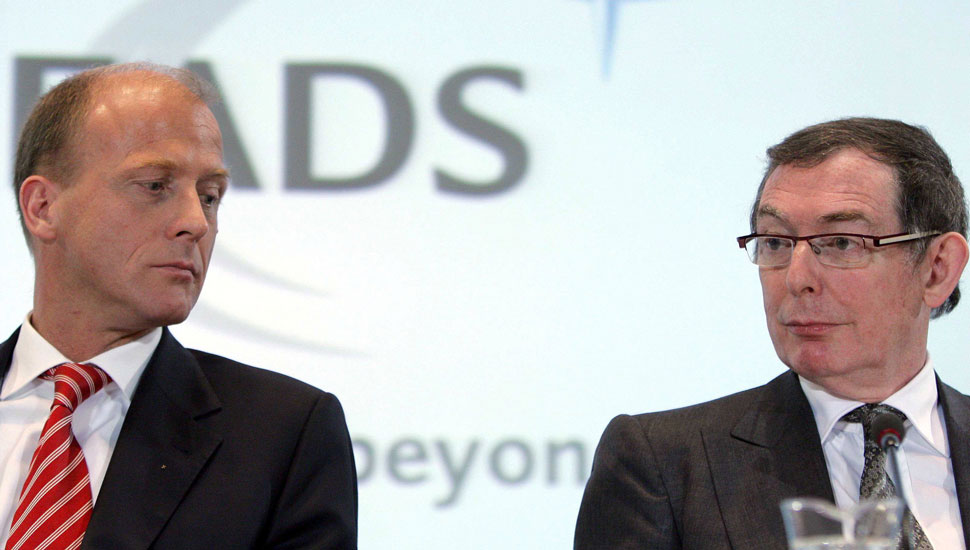 Noel Forgeard (right) resigned in 2006, to be replaced eventually by Tom Enders

It was under Enders – who succeeded Gallois in 2012 – that efforts to create a leaner and fitter company really began. EADS had already begun using a common typeface for all its divisions in 2010 – a symbolic rather than purely cosmetic exercise that made clear that Airbus, Eurocopter and the defence and space businesses were part of one enterprise. However, Enders went further, replacing corporate head offices in Munich and Paris – along with loyalties that tended more towards national shareholders than the company itself – with a single headquarters in Toulouse.

However, Enders’ reign at EADS started with a failure. His proposed merger with BAE Systems – which would have created the world’s largest aerospace and defence business – was abandoned in the face of opposition from shareholders and politicians in three capitals, just weeks after it was revealed in September 2012. Instead, the German continued to focus on simplifying the brand and company structure, announcing a name change first to Airbus Group in 2013, and then just Airbus four years later, an acknowledgement of the airliner business’s predominance in the organisation.

The company that Enders handed to his successor Guillaume Faury in April is a very different entity to the one that came into existence almost 19 years earlier, with its in-fighting and rivalries, complex ownership and management structure, and a name that was obviously the result of no one being able to agree on anything better. With the benefit of hindsight, it is almost tempting to look back on the first decade of EADS as a rather hastily arranged marriage, where each party had to work out where they stood in the relationship and learn to love each other after signing the register.

When FlightGlobal spoke to a number of top executives to mark the 10th anniversary of EADS in 2010, there was an acknowledgement that the first decade had been challenging but one of considerable achievement. Then-chairman Bodo Uebber acknowledged that EADS needed to have “a balance in the shareholding and the management structure it created” in order to function in the early years. He added: “We were doing something that had never been done before. With an imbalance, we would not have succeeded.”

Marwan Lahoud, who was the company’s chief strategy and marketing officer in 2010, echoed Uebber’s view. Without the glue and the cash reserves of the parent, Lahoud maintained, EADS’s individual businesses, particularly the Airbus commercial division, would have struggled to withstand the shock of the 2008 financial crisis and delays to programmes including the A380 and A400M. “What other company on Earth could have sustained the succession of challenges EADS has seen?” he asked. 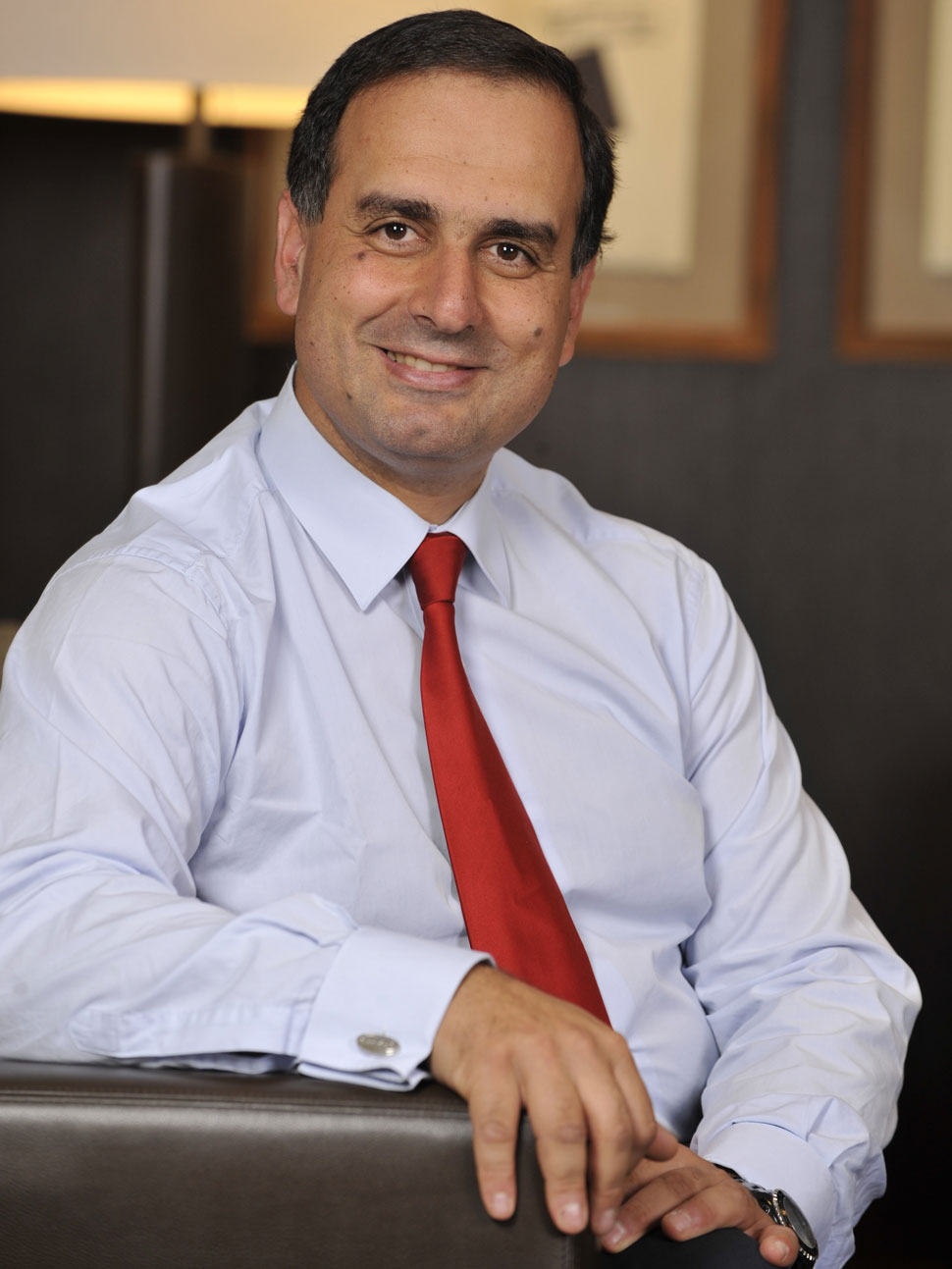 Gallois, also speaking in 2010, was equally adamant that EADS had transformed the fortunes of Europe’s aerospace industry by bringing together disparate national companies that lacked the scale to compete globally. “I am extremely proud of what we have done,” he told FlightGlobal. “You have to think of where we were at the end of the 1990s. We were very concerned with the way US industry was consolidating and it was very clear we had to do something or we would have been pushed into the second league very easily.”

Looking back to 1999, Europe’s aerospace industry was weak and fragmented compared with Boeing, Lockheed Martin and the other big beasts across the Atlantic. The Airbus consortium was 20 years old and making strides with the A320 family and A330/A340. However, it was essentially a sales and marketing entity that relied on the support of four national stakeholders. Eurocopter was much the same. Lacking the scale of the US primes, and the support of a huge national defence and space budget, Europe’s tiny national champions would have struggled to survive.

Whatever its missteps over its just under a decade and a half of existence, EADS achieved much, fulfilling the politicians’ and industrialists’ dream of creating a united European aerospace company wider than the original Airbus consortium. The Airbus of today that it gave birth to is a single company with a conventional management structure, stronger than the sum of its national parts, and with the scale to challenge Boeing for pre-eminence in commercial airliners, lead the market in helicopters, and continue to be a significant player in defence and space.