Five things Airbus got right and five it didn't

Over its 50-year history, Airbus has led the way in a number of major technological and industrial innovations and contributions to the industry. Here, we list five of the most important, together with five products or business moves that – with the glorious benefit of hindsight – failed to live up to billing. 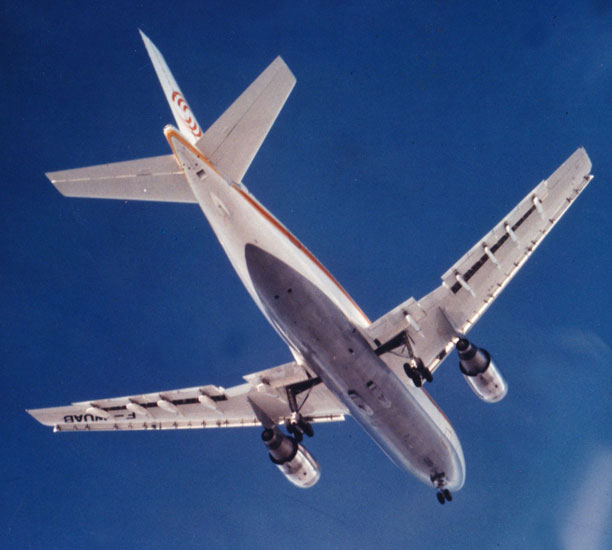 The reason the consortium was created in 1969 was to bring to market the A300. It was the world’s first twin-aisle, twin-engined airliner, a novel concept in an era that had just seen the introduction of the first twin-aisle types: the four-engine Boeing 747 and the Lockheed L-1011 and McDonnell Douglas DC-10 trijets. While the A300B, which first flew in 1972, and its followers, the A300-600 and A310, could not compete in the long-haul market with these US types, their capacity and reliability made them strong-sellers in the short- and medium-haul market. After a slow start, the family eventually notched up sales of 820 aircraft, and became a popular choice as a freighter. As the world of aviation went through tumultuous change in the 1970s, the rather utilitarian “Air bus” could never vie with the likes of the Concorde and Jumbo Jet in the glamour stakes. However, its design – engineering chiefs calculated that a 5.54m (222in) diameter fuselage was optimal for a 200- to 300-seat aircraft and it remains the basic cross-section of the A330neo – ensured it delivered the sort of economies airlines were seeking. It also gave Airbus the solid foundation it needed to go on to develop its most successful design, the A320 family, in the 1980s. 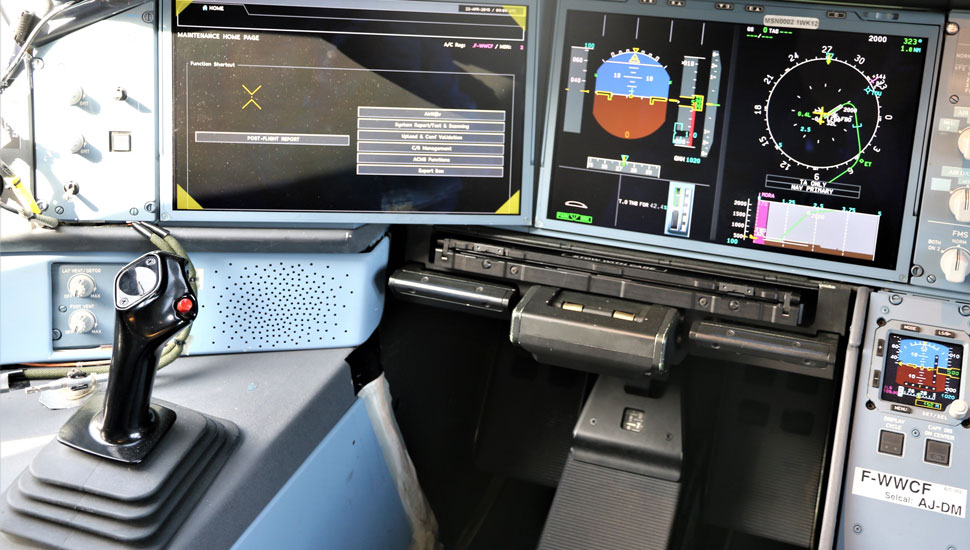 Arguably, Airbus’s biggest and boldest technological breakthrough – other than the launch of the world’s first widebody twin – was the implementation of fly-by-wire cockpit technology. Airbus had introduced electrical signalling on secondary flight controls on the A300 and A310, but Roger Beteille, one of the architects of Airbus’s success in its first two decades, wanted to take this further on the A320, with a digital system that would calculate the necessary control surface deflections needed to make the aircraft respond as the pilot wished. Its most revolutionary feature was a sidestick control in place of the traditional control column. As well as improving flight controls, the technology helped reduce weight, and introduced flight envelope protection, preventing the pilots from performing manoeuvres outside the aircraft’s performance limits. Fly-by-wire also established the idea of the common cockpit, allowing aircraft to be flown the same way regardless of its size or weight – a huge boon for airlines seeking to cut the training costs of moving pilots from one type to another. Airbus did not invent fly-by-wire: versions had featured on several earlier types, including the Concorde. However, with the A320, it brought the technology to the mass market. 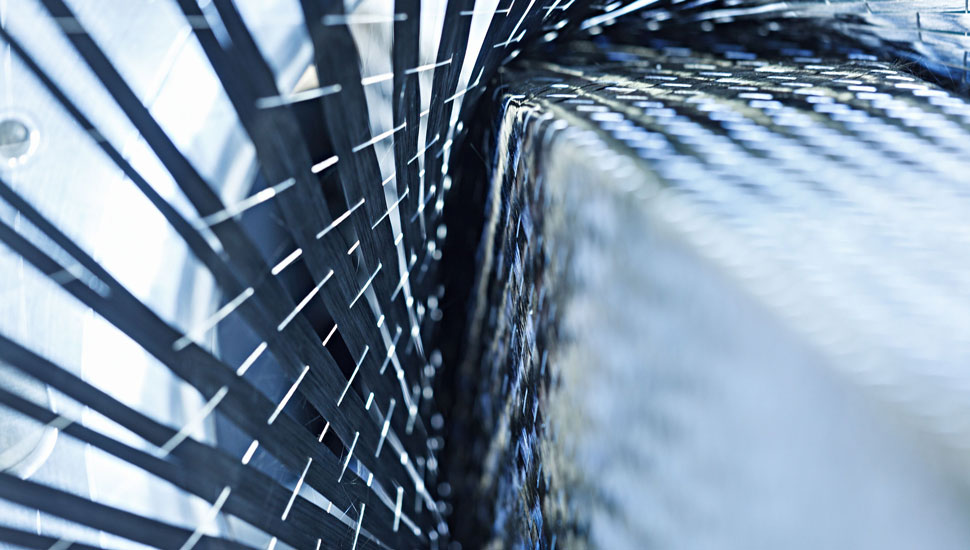 Boeing may have made a giant leap in terms of composites with the all-plastic 787, but more than three decades earlier, Airbus had pioneered non-metallic structures. The A300 featured the first use of composite materials in any passenger aircraft, with the leading and trailing edges of the tail fin composed of glass-fibre reinforced plastic. Airbus extended their deployment in the A310 into the engine pylons and other parts of the tail. Airbus’s Spanish partner CASA was the driver behind the technology, and its use has continued on every successive Airbus programme, with composite materials making up just over half the structural weight of the A350. 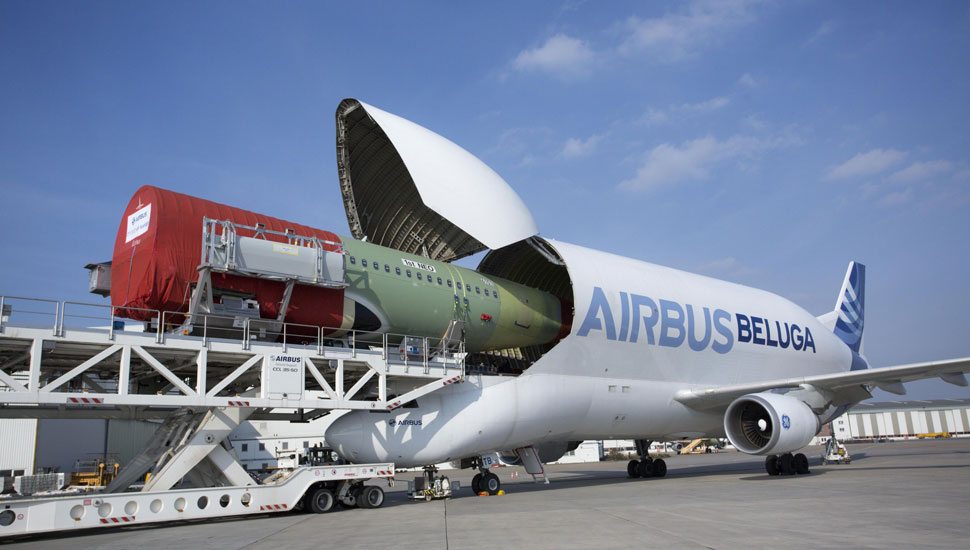 It was partly a result of political expediency – in the early days, the partner states allocated each country’s industry “workshare” according to its stake in the business – but the four-nation structure of the consortium gave Airbus an advantage over its transatlantic competitors. Rather than having one largely vertically integrated organisation, Airbus created “centres of excellence” based largely on traditional areas of expertise, with the UK, for instance, responsible for wings, Germany for sections of the fuselage, and Spain for composite materials, particularly on the tail. It could be argued (see failures) that internal, national competition, and politically influenced compromises such as the decision to have the A380 final assembly line in Toulouse and cabin completions in Hamburg, led to more inefficiencies than streamlined processes. However, pooling Europe’s aerospace expertise created an organisation much better equipped to take on the USA than the sum of its parts, and the dispersed production set-up has survived 50 years. 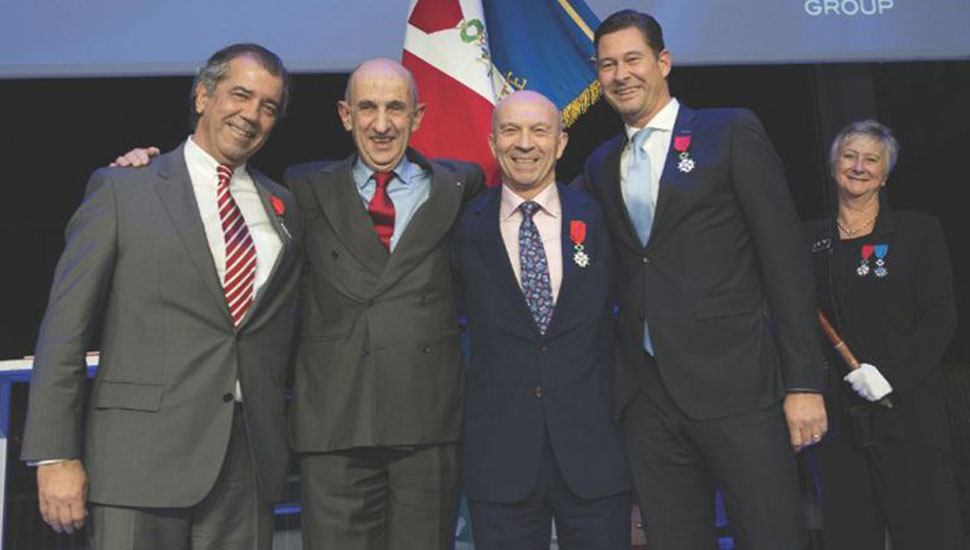 While aircraft manufacturers had worked with overseas partners and licensed aircraft designs across borders almost since the Wright Brothers, European industry in the 1960s was still a jealously protected national activity, on both the military and commercial front. After the war, the UK and France had launched programmes such as the BAC One-Eleven, de Havilland Comet, Hawker Siddeley Trident, and the Sud Aviation Caravelle with mixed success, while a reconstructed West Germany, now very much part of the anti-Soviet Western alliance, was seeking a route back into the industry after the devastation of 1945. The early to mid-1960s saw collaborations on the military side with the Anglo-French Sepecat Jaguar and Concorde in the commercial segment, but the steps to create Airbus took co-operation to a new level. While the Airbus of 1969 was far from the single entity it was eventually to become in the 2010s, the consortium was something entirely new in aerospace. 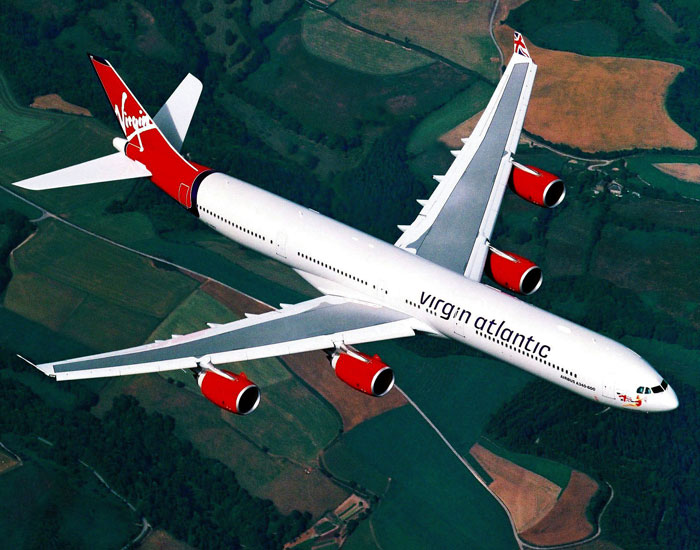 When the A380 wove almost silently and gracefully over the 2006 Paris air show, there was a feeling of awe among spectators similar to that which greeted the arrival of the 747 almost four decades earlier. The company that had created the first widebody twinjet had built the world’s largest airliner, a type it vowed would make long-haul aviation more efficient by allowing carriers to transport more than 500 passengers between hub airports, and put the hugely successful current jumbo of the skies, the 747, out of the passenger business. It was not to be. With Emirates the only real convert among the world’s leading airlines, Airbus announced in February this year that it was ending the programme in 2021 after just 234 deliveries and a handful still to be handed over to the Dubai carrier. We can see the A380 debacle as part of a very inconsistent performance over the years in the widebody market from Airbus. There have been successes – the A300/310, the A330 and earlier versions of the A340, while the jury is still out on the long-term impact of the A350. However, Airbus also got it badly wrong with the original A350 – a warmed over A330 that it quickly replaced with the A350 XWB – and its expensive bet on the appeal of quadjets in the 2000s. It was promoting the A380 and A340-600 as the solution to the industry’s long-haul large-cabin needs at a time when airlines were more concerned about fuel prices than the assurance of four engines on transoceanic routes. It cleared the way for Boeing to dominate that segment with the 777-300ER, after the airframer and GE Aviation managed to create a large twinjet with the necessary thrust to achieve the range required, leaving Airbus to play catch up. 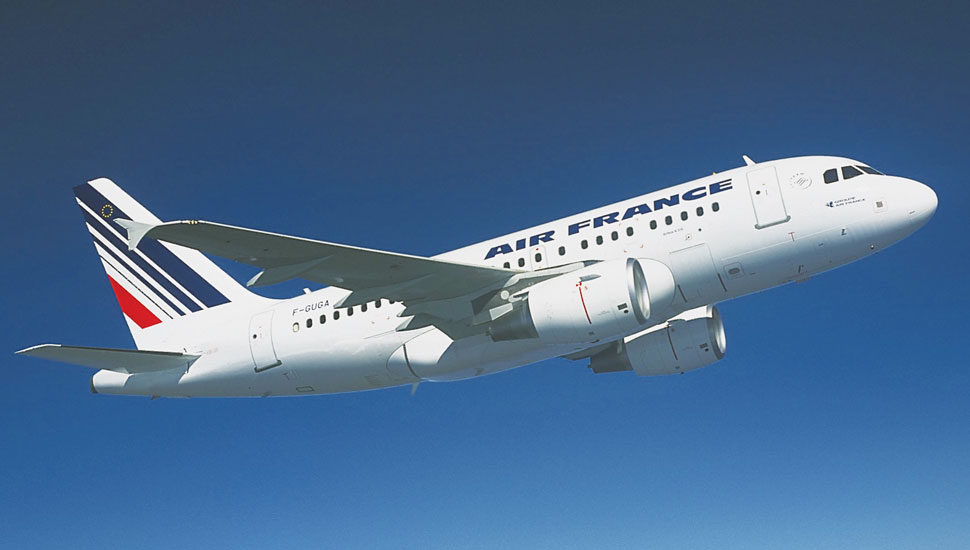 Smallest A320 variant failed to make the grade

While the A340-600 failed to match the success of the 1990s versions of the quadjet – at one point in the mid-2000s, the 777 was outselling its European competitor by 10 to one – the soon-to-be-abandoned stretch was not Airbus’s only family-addition flop of the decade. The double-shrink A318 followed attempts to develop a 100-seat derivative of the A320 with the Chinese, dubbed the AE31X, but the airliner – initially offered only with the Pratt & Whitney PW6000 – was widely regarded as too thirsty to be a short-hop commuter jet, and too small to be economic on longer routes. Airbus delivered 80 A318s in total, including 20 as corporate jets. The one consolation for Airbus is that the smallest version of the 737NG, the 737-600, fared no better. 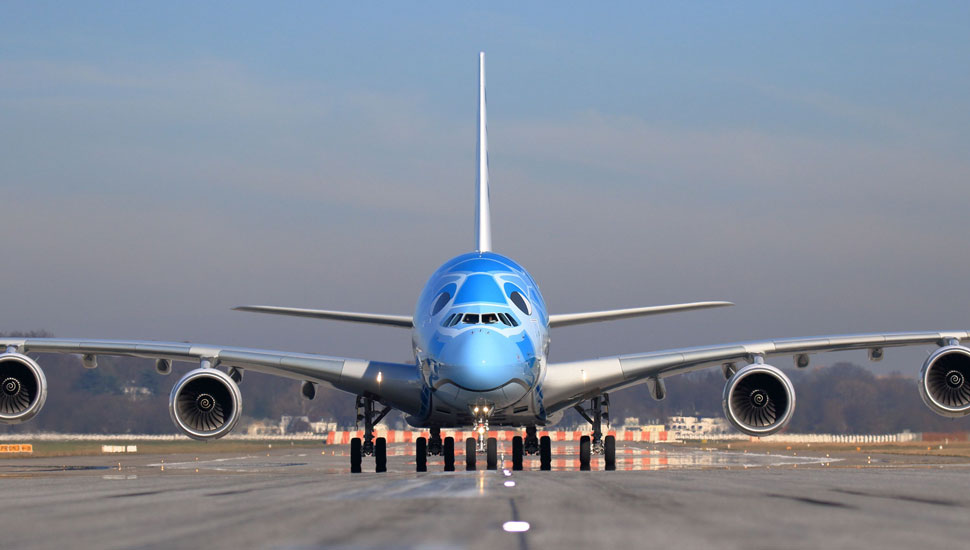 Use of the material unlikely to extend beyond A380

Glare – or glass-fibre reinforced aluminium – is one of the best-known technological innovations on the A380. Used for much of the superjumbo’s upper fuselage skins, the hybrid material was developed by Delft University in the Netherlands and is manufactured by GKN unit Fokker Aerospace. The versatile product, a sandwich of aluminium sheets and glass-fibre bond film, is drilled and milled like metal, and panels can vary in thickness according to need. According to Airbus, it offers up to 30% savings over aluminium, together with impressive anti-corrosion properties. However, despite Glare winning a number of industry accolades, Airbus decided against using the material on the A350 – roughly half of which is constructed from composites – and the technology is unlikely to survive in use beyond the A380. 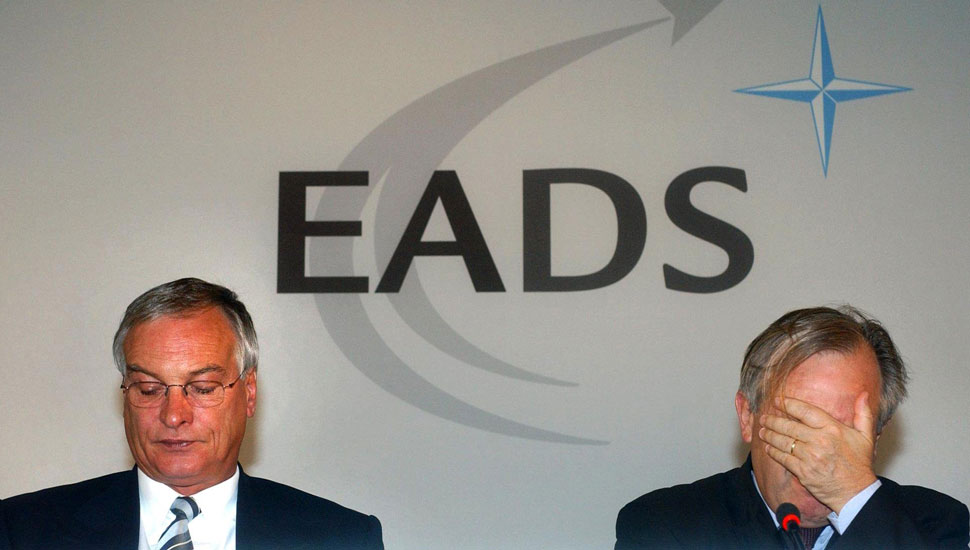 Two heads did not work better than one

We have listed dispersed production and Airbus’s pan-national structure as strengths. However, as Airbus’s output grew and programme management became more complex, the challenges of maintaining this complicated, cross-border set up came to a head in 2006 during the final stages of the A380’s development. Lack of visibility between production lines in Hamburg and Toulouse – each responsible for a fuselage section of the superjumbo – meant two incompatible sets of wiring harnesses were designed. Short-lived Airbus chief executive Christian Streiff explained in an interview the same year that an obsession with balancing power and positions between French and German interests was a reason behind his departure. “This formula could be efficient during a normal time,” he told Le Figaro. “But it is no longer appropriate for a company that is going through a serious crisis.” The parent EADS board took heed, setting in chain a process that saw the company replace the dual-leadership structure with a single chief executive – first Louis Gallois in 2007 and then Tom Enders in 2012 – followed by the umbrella organisation’s rebranding to Airbus Group in 2014, and then just Airbus (with the former airliner arm referred to as “Airbus commercial”). Although Enders’ proposed 2012 merger with BAE Systems failed, the recently-retired German will be remembered as the executive who turned EADS/Airbus into a single company run purely on commercial rather than political or national lines. 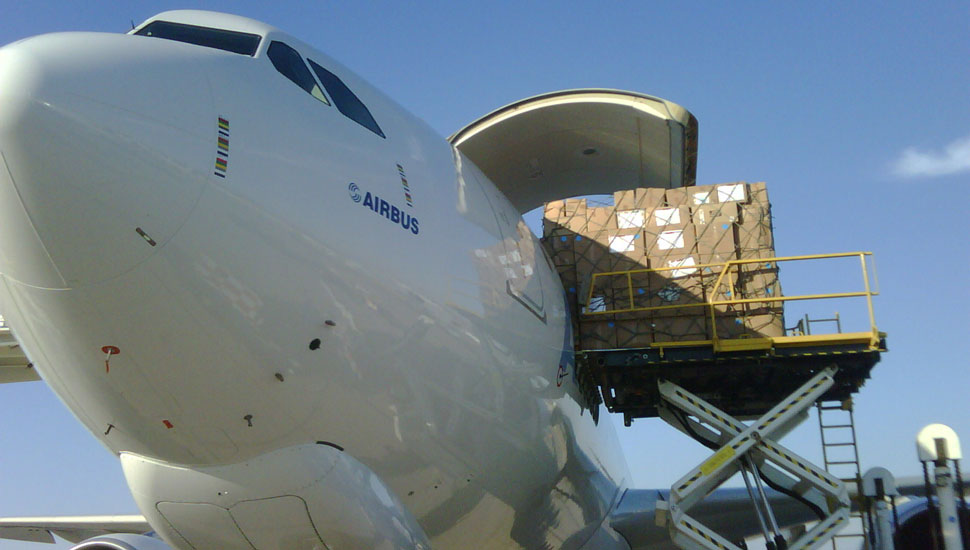 Despite some passenger-tofreighter success, airframer falls behind rival in cargo market

Airbus’s first widebody proved itself worthy in the cargo market, as has the A330-200 – both as a new-build and passenger-to-freighter conversion. The A330-derived Beluga, used by Airbus to transport aircraft sections between assembly lines in France, Germany and the UK, is arguably the most distinctive freighter aircraft in the world. However, the airframer’s overall record in the freighter segment has been patchy compared with its rival, which has many hundreds of 777s, 767s and 747s in service with cargo operators. Airbus has never seriously offered the A350 as a freighter, and it cancelled the A380F before any deliveries, forfeiting orders from UPS and FedEx.