Like much of the aeronautical industry, the slow evolution of Airbus Helicopters can be traced back to the early days of powered flight. Pioneering companies across both France and Germany slowly merged and coalesced – sometimes through pure economic decisions, sometimes with state direction – eventually transforming into a single entity.

Of course, this being rotary-wing aviation, the story is not that simple. While there were plenty of early innovators experimenting with vertical lift who paved the way for what came later – Talleres Loring, a Spanish autogyro manufacturer from the 1920s, is the earliest of Airbus Helicopters’ ancestors – mass helicopter production did not really begin until the 1950s. 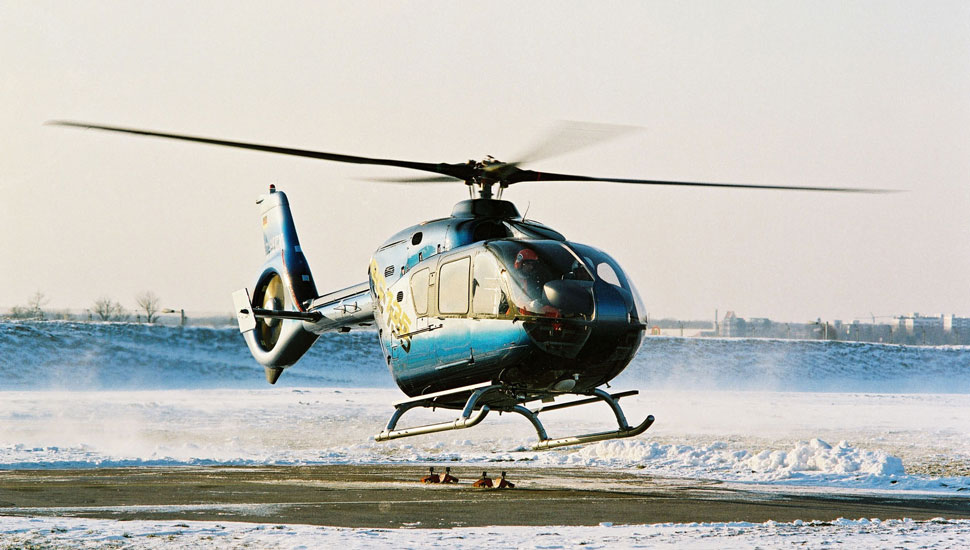 In fact, for many years, most of the manufacturer’s predecessors concentrated on the production of fixed-wing fighters and bombers. For example, in 1936, nationalisation of French industry created the Societe Nationale de Constructions Aeronautiques du Sud-Ouest (Sud-Ouest) by merging six aviation companies, including Bleriot and Bloch, building the Bretagne transport, Vautour bomber and Trident fighter.

Similarly, Societe Nationale de Constructions Aeronautiques du Sud-Est (Sud-Est) brought together a cluster of Provencal aerospace companies – CAMS, Liore et Olivier, Potez and SPCA in and around Marseille, and Romano in Cannes – producing an array of fighters and bombers.

Indeed, pictures from 1939 of the Sud-Est plant in Marignane – now the location of Airbus Helicopters’ headquarters – show rows of fixed-wing aircraft parked outside the assembly facility. 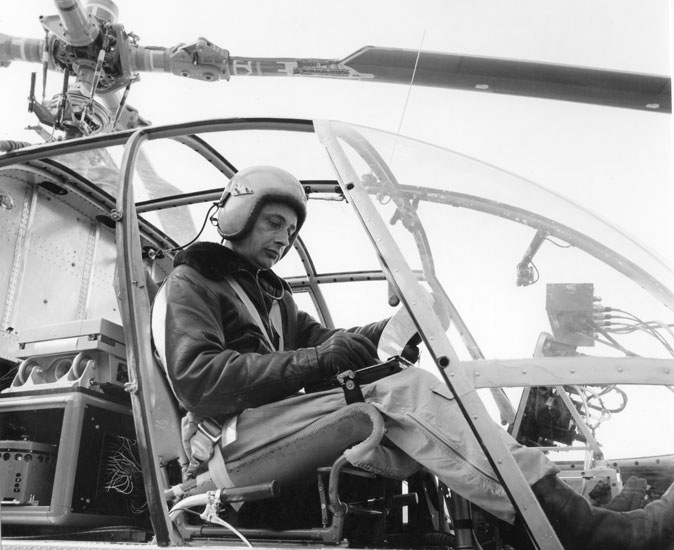 Experimentation with rotary-wing flight had not finished, though: Sud-Est, via the absorption of Liore et Olivier, was researching autogyro designs, having previously licence-built the Cierva C.30.

And in Germany, Heinrich Focke, having been removed from the Focke-Wulf company he co-founded, teamed up in 1937 with pilot Gerd Achgelis to form a new business specialising in helicopter production.

That company, Focke-Achgelis, built on the work carried out on the record-breaking Focke-Wulf Fw 61, and created the Fa 223 Drache, of which around 20 were built.

The Drache – Dragon, in English – also played a key part in ushering in post-war collaboration between France and Germany on helicopter development, with Heinrich Focke in 1947 joining Sud-Est to assist in the design of its Fa 223-based SE.3000.

But the real catalyst for the growth of the helicopter industry came in the 1950s with the arrival of the turbine engine.

In France, Sud-Est and Sud-Ouest – which merged in 1957 to form Sud Aviation – and Bolkow in Germany all made use of the new engine technology being brought to market by Turbomeca (now Safran Helicopter Engines) to power helicopters that were suddenly much more capable than those that had gone before.

Powered by a single Artouste turboshaft, the Alouette II first flew in March 1955, and by June that year had already set a new altitude record for helicopters (26,900ft). The Alouette II was the first serially produced turbine-powered helicopter and remained a cornerstone of the range until 1975, well into the Aerospatiale era.

Of course, technological innovation was not confined to the engine makers – it has been a constant at both the French and German businesses that later became Airbus Helicopters.

However, for all the recent advances in materials and manufacturing, two of the most significant inventions have been around for as long as Airbus itself.

In fact, both innovations – the hingeless, rigid rotor and the Fenestron shrouded tail rotor – slightly predate Airbus, having made their debut flights in the years before 1969. 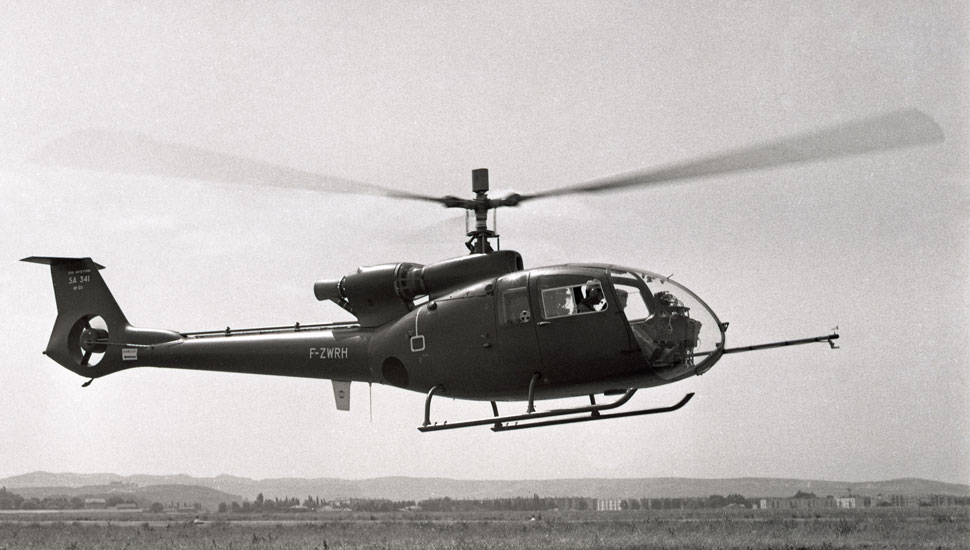 Work on the Bolkow-designed rotor system began in the 1950s, and in another early demonstration of Franco-German co-operation, was matured for over 1,000 flight hours aboard an Alouette II.

That rigid rotor system then went on to equip the Bolkow Bo105, which made its maiden sortie in early 1967. Writing that year, Flight International pointed to the “minimum drag” from the simplified rotor head and inherent “stability” of the design, also noting that it was “distinctly less noisy than the average helicopter design”; development costs for the rotor system were given as DM10 million (over £900,000).

“Meanwhile, work is proceeding on a titanium rotor head which will be some 150lb [68kg] lighter and run on elastomeric bearings which will require no maintenance,” the article noted.

A development of that original rotor design now equips the H135 (which started life as the Bo108) and will be fitted to the H145 from 2020.

Around a year after the Bo105 took to the air, on 12 April 1968, Sud Aviation performed the first flight of a Fenestron shrouded tail rotor aboard the second prototype of the SA340 Gazelle.

Invented by Paul Fabre and Rene Mouille – and originally called the Fenestrou, “little window” in Provencal dialect – the shrouded design was intended to provide additional safeguards for workers on the ground, and to offer protection for the tail rotor when operating in challenging environments.

Although Flight International in 1969 noted that the “buried” tail rotor had proved “more difficult than expected”, the Fenestron has been refined over the years – moving to a second-generation, all-composite design at the end of the 1970s, and a third iteration in 1994. With each change, the system has been optimised for power and sound reduction.

It equips several of the manufacturer’s iconic light and medium helicopters, including the H130, H135, H145, and both the AS365 and H155 variants of the Dauphin.

The latest iteration of the Fenestron will make its commercial debut in 2020 on the H160 medium-twin, which at 1.2m (3.9ft) diameter, is also the largest to date. 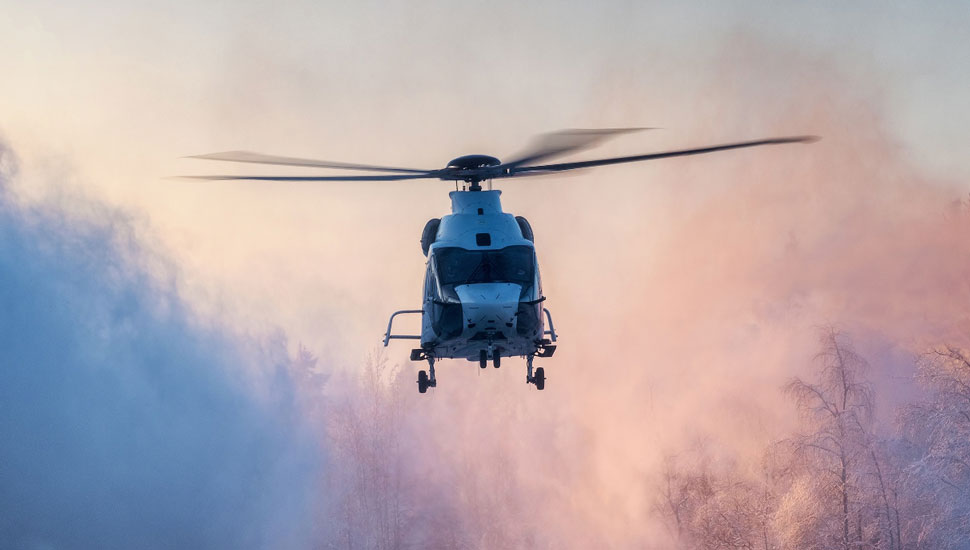 H160, launched in 2015, has benefited from processes shared across the group

Those developments and their intertwined applications are also illustrative of the continued industrial consolidation on either side of the Rhine.

State-owned Sud Aviation – formed from the merger of Sud-Est and Sud-Ouest – became Aerospatiale with the addition on Nord Aviation and SEREB in 1970. And in Germany, Messerschmitt and Bolkow joined together in 1968, adding Hamburger Flugzeugbau, the aviation division of Blohm und Voss, the following year to form Messerschmitt-Bolkow-Blohm (MBB). In 1980, that conglomeration gained VFW – the ultimate successor to Focke-Achgelis. Nine years later, MBB was integrated into Deutsche Aerospace.

This industrial concentration, of course, paved the way for the creation of Eurocopter on 1 January 1992. Although that was the official start date of the merged company, a marketing consortium – Eurocopter International – was up and running the previous year, an agreement on its creation having been signed in April 1990.

Interestingly, at the time, an even more comprehensive consolidation was contemplated, with the then-separate Agusta and Westland businesses also considered for inclusion.

But, speaking in the 15-21 May 1991 edition of Flight International, the airframer’s co-chairman Jean-Francois Bigay noted: “We must first ensure the good working of Eurocopter before seeking other European partners.”

As Flight put it, Eurocopter’s creation was a means to “enable the European companies to withstand fierce competition from rivals like Bell Helicopter and McDonnell Douglas Helicopters”.

At that point, the company had a combined turnover of $1.78 billion (around $3.32 billion today) with a joint market share outside the US and Soviet military segments of 41% over the 1985-1989 period.

However, there is only so much that can be done to tackle the dominance of Russian and US companies in the military segment (arguably not helped by the struggles of some of its own programmes such as the Tiger and NH Industries NH90 with budgets and deadlines).

Although there was some resistance to the adoption in 2014 of the Airbus Helicopters name – signalling a deeper integration with the rest of the group – that has largely dissipated.

On reflection, Eurocopter – the name, not the company – suggested a certain parochiality, whereas Airbus Helicopters is very much an international creature: it has a presence in around 30 countries, with manufacturing operations in Australia, Brazil, and the USA – and recently opened a new assembly facility for the H135 in China.

Explaining the rationale for the change, then-Airbus Helicopters chief executive Guillaume Faury (now, of course, in charge of the entire Airbus group), said it was not just a “new name or brand” but represented a change going “to the very core of our DNA”.

The intertwining with Airbus has also enabled processes and practices to be shared across the group. That is reflected in the H160 medium-twin – dubbed “the first of the H generation” at its 2015 launch – which, aside from its standard Airbus livery, is produced using methods adopted from the fixed-wing world.

Indeed, the change of aircraft designation unveiled at the time – dropping the EC prefix – also fits within that ethos. “It’s extremely simple – in Airbus the A is for airliners and H is for helicopters,” said Faury.

Meanwhile, Airbus Helicopters continues to battle a challenging market under the leadership of chief executive Bruno Even.

That situation means that competitors are “very aggressive”, he told Flight in late 2018, and customers are “more and more demanding” while “requiring excellence from the OEM”, all of which means the transformation started by Faury must continue.

“At the same time, we are still optimistic about the mid- and long-term in the helicopter market,” he said.

“So yes, today we are facing a difficult market – it has been declining since two or four years – but I’m really convinced it’s an opportunity for Airbus Helicopters, as long as we are launching the right transformation.”

Part of that transformation includes research and technology activities, including the development of the Racer high-speed technology demonstrator. With its V-wings, pusher props and a main rotor, it looks unique and, if successful, could usher in a new era of vertical flight.

Also currently in its early stages is the electrically-powered CityAirbus urban air mobility project, which will use four pairs of ducted fans to transport up to four people on short intra-city journeys.

Quite what the sector’s early pioneers would make of the futuristic-looking CityAirbus is debatable. Although they would likely embrace the spirit of innovation, they would also be re-assured by one familiar aspect of the design: its eight propellers are all made of wood.