Airbus Defence & Space is still aiming to deliver as many as 10 A400M Atlas tactical transports this year, but acknowledges that it recently missed a significant milestone to introduce military capabilities to the type, triggering a contract cancellation clause.

Speaking on a third-quarter results call on 14 November, Airbus Group chief financial officer Harald Wilhelm said that although the company is confident of hitting its 2014 target, the “profile of deliveries is obviously not smooth”.

Wilhelm describes the customer acceptance process as “painful”, but points out that Airbus has to acknowledge “that we did not achieve all the capabilities in time”. Any shortfalls are expected to be delivered by mid-2015, says the airframer.

A significant milestone – the so-called standard operating capability 1.0 – was due to have been attained by 1 November, but Airbus’s failure to do so has triggered a contract clause enabling European customers to cancel their orders.

However, Wilhelm says all nations working through the auspices of the OCCAR procurement body – Belgium, France, Germany, Luxembourg, Spain, Turkey and the UK – would have to agree “unanimously” to terminate their combined 170 orders. “That is why we see it as unlikely,” he says. 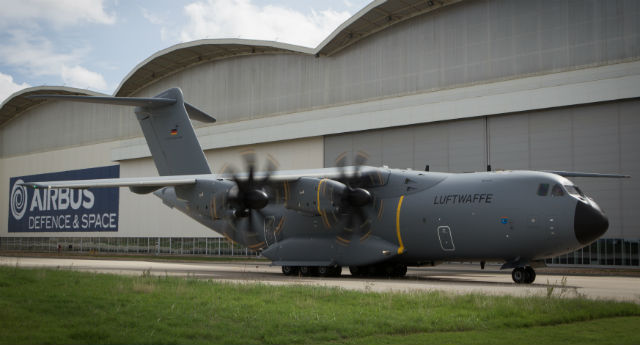 Airbus continues to work towards introducing further progressive enhancements on the A400M, says Wilhelm, with aerial delivery, in-flight refuelling and self-protection “the key capabilities to be in the course of the next year”.

However, in parallel with the capability improvements, Airbus will continue with deliveries and “industrial ramp-up”.

But Wilhelm concedes this is “not the most cost efficient way to do this”, due to the need for retrofit programmes for aircraft that have already been handed over.

So far this year France has received three examples of the Atlas and Turkey one, with the first deliveries to Germany and the UK imminent. Both France and the UK will receive a further two aircraft before year-end.