Airbus engineers have applied for a US patent on a wing root fairing technology the company says can reduce the drag penalty that comes from installing larger engines on existing airframes.

Speculation has been growing that the company may be considering installing larger diameter Pratt & Whitney geared turbofan (GTF) engines on a new and improved Airbus A320, a move that would require the aircraft to accommodate the GTF's larger diameter fans. Airbus has denied any intent to do so however.

During the testing of Pratt's GTF PurePower PW1000G demonstrator engine, Airbus requested to loan the engine to test on an A340, an effort that ultimately resulted in an abbreviated albeit "tortuous" flight test campaign similar to a certification programme, according to Pratt officials. Airbus testing included engine performance through 14 power-on stalls and manoeuvring up to 2Gs.

Combined with flights on its Boeing 747 testbed, the engine manufacturer accumulated more than 400h of ground and flight testing on the engine, with data supporting claims of a 12-15% reduction in fuel burn and more than 50% reduction in noise and CO2 emissions from today's equivalent thrust engines. Pratt officials said Boeing did not request a similar evaluation.

Pratt has not ruled out airframers like Boeing or Airbus re-engineering existing lines, but points out that the development cost for such a project would likely be in the $1 billion cost range, about the same amount the company has invested so far in the technology.

Two airframers are currently signed on to use the GTF technology - Mitsubishi for the MRJ and Bombardier for the CSeries.

Airbus in the patent application, submitted 26 March, says thrust of its fairing technology is to improve aircraft performance "under diverse flying conditions", but that it could also be used to boost useful load and to make the aircraft capable of increased autonomy.

The modified wing-root fairings, also known as central fairings, include local geometric deformations or bumps and valleys along the wing/fuselage interface that create pressure waves that propagate outward to the wing tips, influencing the drag created by the engines. Airbus analysed the devices for a range of aircraft, including the A320, A340 and A380.

The picture below shows the normal (top) and contoured fairing (bottom) looking down on the fuselage-wing interface for an A320. 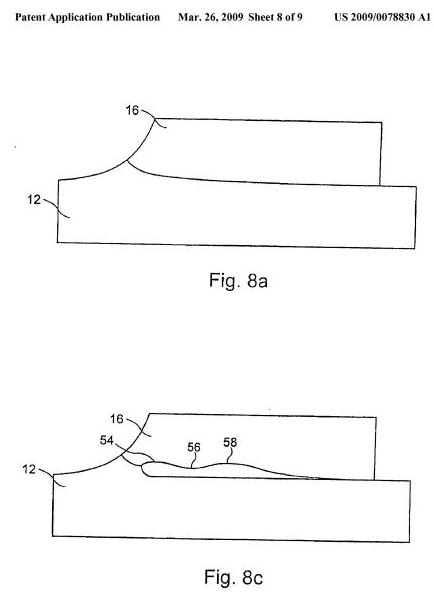 Below is a top-down view of an airflow analysis of the same design on an A320, with the associated pressure contours for an unmodified and modified fairing. The fairing contour is shown in bold. 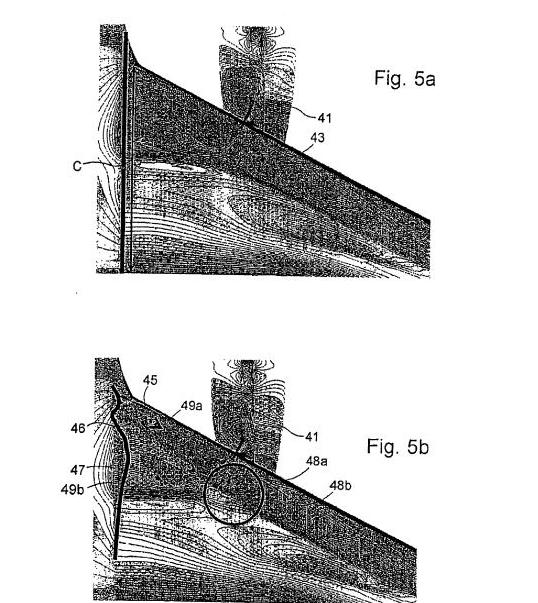 "It will be noted that the choice of local geometric deformations imposed on the fairing surfaces makes it possible to reduce the aerodynamic drag of the aircraft without significantly modifying its weight or its manufacturing cost," Airbus states in the application.