Airbus has written to its customers for the A400M military transport in a bid to reduce its financial exposure to programme delays, after the company’s charges on the programme hit €2.2 billion ($2.3 billion) last year.

Announcing its group results for 2016 on 22 February, Airbus said it was taking an additional €1.2 billion charge against the A400M in the second half of the year, adding to a €1 billion provision detailed last July.

Speaking during an online results briefing, Airbus chief executive Tom Enders described the project as “painful” and “frustrating”, and conceded that the company had made a serious mistake by agreeing to its original development and production contract. 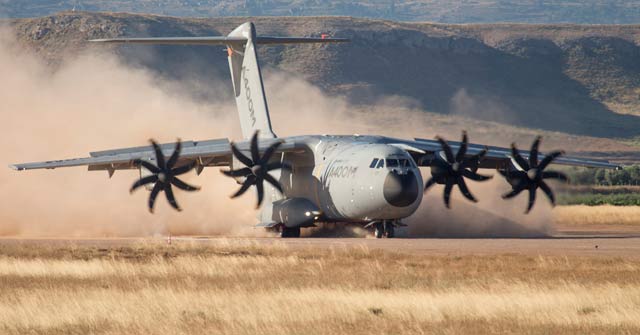 Referring to its launch deal with the governments of Belgium, France, Germany, Luxembourg, Spain, Turkey and the UK via Europe’s OCCAR defence procurement agency as an “original sin”, Enders says: “It was clearly too short on budget and too short on timeline, plus we made an incredible blunder: we took responsibility, liability for the engine. A huge portion of the problems we have had with this aircraft is due to immaturity issues of the engine, and that is not entirely solved.”

The discovery of a propeller gearbox flaw on the Europrop International TP400-D6 last year resulted in operating restrictions and delivery delays which saw Airbus hit with penalty clauses which had been agreed with its customers during a contract revision in 2009.

“We are operating in an environment that is heavily penalising us,” he says. “Customers keep cash back. Some put liquidated damages on top of that, because we have delays in the delivery schedule. All that adds up to a significant financial burden, on top of the additional costs we have through the industrial ramp-up.”

Enders says the company wrote to its customers on 22 February about the current situation. “We are asking them to re-engage with us in serious discussions to mitigate [penalties] and achieve a win-win situation, because the losses are unacceptable,” he says, describing the latter as putting “a huge financial burden on Airbus”.

While not attempting to hide from Airbus’s own shortcomings on the A400M, Enders points to the multinational deal as being hindered by “a lot of red tape and bureaucracy that limits our flexibility and the progress of certain military capabilities”.

One of the board-level signatories of the customer letter, Airbus chief operating officer Fabrice Brégier, used the same results presentation to compare damaging A400M penalties with a different set of operating conditions at a “proper company”: US rival Boeing.

“I don’t want to be part of a group which is obliged to use the revenues and earnings of commercial [aircraft] to invest in loss-making in defence,” he says, adding: “We need a level playing field.”

Enders says the requested discussions cover seven or eight items, including addressing “entirely inappropriate” financial penalties. Combined, these are intended to fix “lopsided risk-sharing between governments and industry”, and “give our customers more confidence in the delivery schedules and military capabilities”.

“Not every customer will like that, but it’s absolutely necessary, to continue with this important programme,” he says. “I have no reason to be pessimistic about the outcome – otherwise we would not enter into negotiations.”

Despite the A400M’s significant challenges, Enders says Airbus is “making good progress with giving it the military capabilities that our customers need”. It also is deploying its “best people” – including from its commercial and helicopters business areas – to address outstanding issues as a “top priority”, he adds.

“I’m absolutely convinced that it’s worth the effort, because we are building and delivering the world’s best-performing aircraft once it is mature, and once it has a mature engine,” Enders says.

Half of the delivered aircraft have now received interim fixes to the propeller gearbox issue, but Enders says other challenges exist, including with the transport’s aerial delivery capabilities and defensive aids subsystems.