Airbus’s continued difficulties with producing and delivering the A400M tactical transport have led it to announce a fresh charge of just over €1 billion ($1.1 billion) against the programme.

Five A400Ms were delivered during the first six months of this year, including MSN33 to the French air force – the service’s ninth example, and the programme’s first to be capable of conducting tactical duties.

Airbus chief financial officer Harald Wilhelm notes that almost as many A400Ms have been handed over so far during July. This follows the receipt of European Aviation Safety Agency certification for an interim fix to an engine propeller gearbox (PGB) issue that has severely restricted operations since early this year. 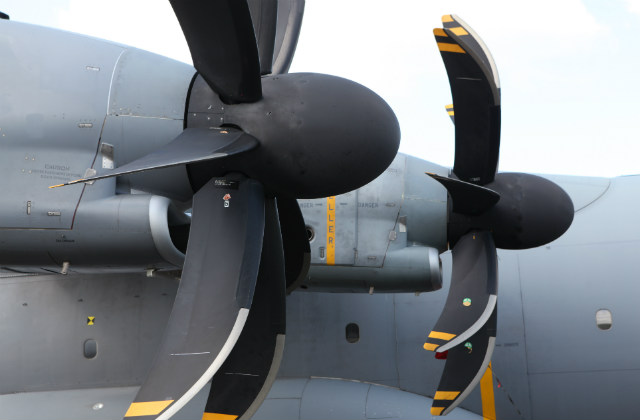 Expected to be available to customers from September, this fix will increase the period between inspections of affected parts from 100 flight hours to at least 650h.

“We have got a good co-operation spirit between us and the engine partners, including GE/Avio, to provide the necessary fixes to make the propeller gearbox really the robust key element of the [Europrop International TP400-D6] engine that it should be,” Enders says.

Enders confirms that the programme’s customers will be entitled to compensation as a result of delays, but says the “negotiation process has not even started” via Europe’s OCCAR defence procurement body. “Customers are dealing with us in a very constructive spirit,” he says, adding that they “want to get this aircraft as soon as possible".

“We are increasingly able to turn out capable aircraft now that the immediate PGB crisis, I think, has been mitigated by finding this temporary fix,” he says.

In a half-year results statement issued on 27 July, Airbus warns: “The potential impacts on the [future] financial statements could be significant.” However, Enders says he does not “expect additional charges that come close to the order of magnitude that we are booking right now.”

The development of tactical capabilities will continue over the next two to three years, but Enders says the effort is “very much in the court of the engine-makers, to outfit this aircraft with a very robust, long-living engine and propeller gearbox.”

Airbus also identifies “technical issues related to the aluminium alloy used for some parts within the aircraft”, and “recurring cost convergence issues and finally some delays, escalation and cost overruns in the development programme” as also affecting the A400M. It also has made an “updated assumption of export orders during the launch contract phase”.

Despite the challenges, Enders says Airbus Defence & Space is now “making good progress”, and that the Atlas is demonstrating “impressive performance” with the air forces of France, Germany, Malaysia, Turkey and the UK. France’s recently-accepted MSN33 is “an aircraft that you can send into harm’s way – not just a better freighter”, he says.