Silicon Valley-based electric vertical take-off and landing (eVTOL) developer Archer Aviation has decided to build its manufacturing facility in Covington, Georgia, about 77km (48mi) southeast of Atlanta, creating up to 1,000 jobs in the region.

The air taxi company said on 14 November that it will invest $118 million in the facility over the next three years, 33% of which will be financed by incentives including tax breaks and a grant from the state of Georgia. 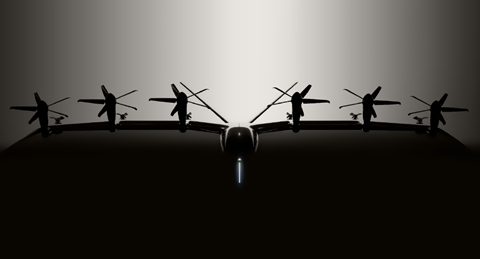 Archer will build its Midnight air taxi in Covingtion, Georgia

“After many months of discussion and evaluation, we’re excited to select Georgia as the location for our manufacturing facility,” says Archer chief executive Adam Goldstein. “The US has long led the world in aerospace technology, and Georgia has played a vital role in that industry. Our eVTOL technology can transform how urban and rural communities live and commute and this factory can create pathways to highly skilled manufacturing jobs and other ladders of social and economic opportunity.”

The route would connect Newark’s Liberty International airport in New Jersey to Downtown Manhattan Heliport, located at the southern tip of Manhattan near the city’s financial centre. The company said that the flight, covering a distance of about 7nm (12.6km), would take “less than 10 minutes”.

Archer is due to unveil Midnight later this week in California. The company has said it will also disclose details about its commercialisation strategy and Federal Aviation Administration certification plan. The unveiling, originally expected for next year, follows a successful preliminary design review of the four-passenger aircraft.

Archer claims Midnight – for which United has already made pre-delivery payments of $10 million for 100 airframes – will be able to carry around 450kg (1,000lb) of payload and be charged in 10min.