9
Can UAM developers turn their electric dreams into reality?
Airframers

Can UAM developers turn their electric dreams into reality?

Futurists have been talking up personal air transport vehicles for years, but the electric vertical take-off and landing (eVTOL) market has made slow progress. Technology development, certification by regulators and public acceptance of the new airframes is a lot more difficult than it might seem.

As dozens of companies aim to fly their vehicles commercially by the middle of this decade, what are the short-term milestones that will signal success? Will 2023 be a year of achievements, or is the eVTOL bubble on its way to bursting? 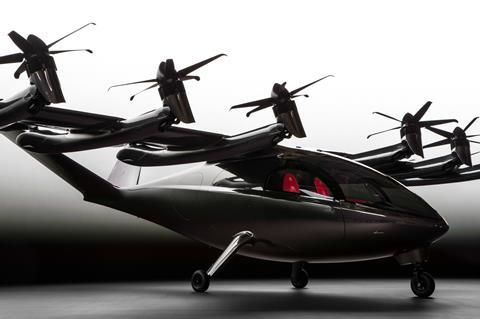 Robin Riedel, a partner at management consultancy McKinsey & Company, and global leader of the Disruptive Aerospace sector within the Aerospace & Defense practice, says that in 2023 eVTOL companies are going to have to step up their game. They are also going to have to pull in a lot more money.

“2023 is going to be about rolling up the sleeves and getting stuff done,” he says. “It will move away from the conceptual, higher-level discussions into actually doing things, especially if they want to certify their vehicles by the end of 2024.

“Second, the players will have to start building conforming prototypes. They’ll have to figure out how they are going to manufacture them because the FAA [Federal Aviation Administration] wants to see that they have the quality assurance and the process in place to build the same thing over and over again.”

And after manufacturing is addressed, what about the supply chain?

“A lot of the parts are still going to come from suppliers,” he says. “So how do they build a supply chain, especially with the uncertainty about when does [production] actually start, and how much volume is actually going to be needed. It’s an interesting challenge.”

In November, Archer Aviation, one of the leaders in the space, unveiled its second airframe, a four-passenger-plus-pilot vehicle called Midnight, and set out an aggressive certification timeline for the aircraft. It is aiming to conduct a maiden flight in the first half of 2023, and to be the first to have a vehicle approved by the FAA, in 2024.

But it is no surprise that creating all this new technology – and getting the FAA’s blessing – takes a staggering amount of money.

Archer’s chief executive Adam Goldstein says the price-tag for one aircraft design to reach certification could be up to $1 billion.

“He who has the money is the winner,” says Cowen aviation analyst and managing director Helane Becker. “These companies are creating a whole new industry from scratch, and there will obviously be winners and losers.”

A big loser in 2022 was Kittyhawk, one of the first eVTOL companies to hit prime time, but which folded in September when it ran out of capital.

“Everything is going to take longer and cost more than anybody thinks right now,” Becker says.

Riedel says that “about a dozen” companies have the potential to march through the next phase of development, but even the most advanced players like Archer and Joby Aviation do not currently have enough cash on hand to make it to commercialisation.

“Funding of these vehicles is much more risky than if you were to finance a traditional aircraft,” he says. “If you build a 737 you get pre-delivery payments, money up front, leasing companies know what the residual value is, and therefore people are willing to lend against it.” That is not the case with eVTOL products.

“What’s the economic value of these aircraft? How long are they going to be in service? How quickly do they become obsolete? There’s a billion [dollars] more needed just to finance the first couple of hundred aircraft,” he says.

On the flip side, though, “there’s a lot of dry powder out there – billions and billions of dollars – that needs to get deployed”, he adds.

Recent McKinsey data shows that venture capital cash, waiting to be invested, is about $550 billion, up from $375 billion a year ago. Growth funds, family offices and other major investors are also looking at the space. The total, he says, is potentially about $1 trillion.

Consolidation is inevitable and failures will occur, analysts say.

“I wouldn’t be shocked if we see two or three of the names that we always talk about call it quits next year because they can’t find the funding or they realise they’re not going to be competitive or that going together with someone else is better,” Riedel says.

And once the technology is stable, aerospace conglomerates might swoop in.

“You’re going to see some giants buying and bringing these technologies in-house because now they’re proven out and they have a good runway for growth,” says Raymond James managing director for global airlines Savanthi Syth.

“Airbus and Boeing want to be in this space, but I don’t think they’ve figured out how,” Becker adds. “They will do something. Maybe [they’re] waiting to see who has the best design, who’s closest to development, and then buy the company to scale it.”

For now, the eVTOL field is wide open, there is no clear winner, and there won’t be for quite some time. The current pack leaders still have a lot of work to do. But they are offering a diversity of projects and ideas which the industry has never seen.

“I think in the next decade you’ll still have a lot of companies because they’re all addressing very different things,” Syth says.

“In traditional aerospace everything kind of looks the same,” Riedel says. “But here we’re taking real risks, trying out things to see what could work.

“That’s great because it will accelerate the industry, and we’ll get to innovation faster.

“I’m generally very, very bullish on this industry, but I’m also a realist,” he adds. “And we shouldn’t be surprised when a bunch of these players fail.”