Canada’s federal government has proposed providing the aerospace industry with C$2 billion ($1.6 billion) in aid over multiple years to help the sector recover from the pandemic downturn.

The proposed aid, outlined in a budget released on 19 April, includes C$1.75 billion in funds “targeted toward aerospace, in recognition of the longer-lasting impacts to this sector following Covid-19”.

The government intends to disperse that money over seven years.

Canada is home to several aerospace centres, including an aerospace cluster in Quebec that is anchored by business jet maker Bombardier and A220 manufacturer Airbus. 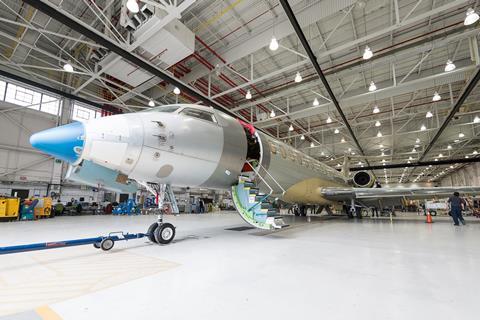 The budget also proposes to provide another C$250 million in aerospace-earmarked funds to regional economic development agencies over three years.

The C$250 million “would support small and medium-sized [aerospace] firms in improving productivity, strengthening commercialisation and greening their operations and products,” the budget says.

The document notes that the aerospace industry contributed C$28 billion to Canada’s economy in 2019.

“Highly dependent on purchases from airlines hit hard by the pandemic, the sector is facing reduced demand and a longer path to recovery, relative to other sectors of the economy,” it adds.

Story updated on 22 April to include the previous sentence about parliamentary approval.