The ground vibration tests were conducted at a facility belonging to German research centre DLR – namely its Institute of Aeroelasticity in Gottingen – as part of European Union project FLEXOP, which stands for "Flutter-Free Flight Envelope Expansion for Economical Performance Improvement".

Use of carbonfibre has enabled aircraft manufacturers to build longer, slimmer and thus more efficient wings than would be possible with conventional aluminium designs. But, as it is noted on FLEXOP's website, "the possibility of saving weight with conventional methods of construction is practically exhausted".

One of the tested demonstrator aircraft has a so-called "flutter wing", designed by the Technical University of Munich.

DLR says the glassfibre demonstrator was deliberately designed to flutter – a vibration that can entail increased oscillations as speed increases and, potentially, structural failure. To avoid this effect, the researchers tested a flight-control system to actively dampen the fluctuations through control-surface deflections at the outer wing's trailing edge.

FLEXOP project co-ordinator Balint Vanek of the Hungarian Academy of Sciences, estimates that "such a wing could in the future transport 20% more freight or save 7% fuel".

The second demonstrator has a so-called "aeroelastic wing", developed by DLR in co-operation with the University of Delft in the Netherlands. 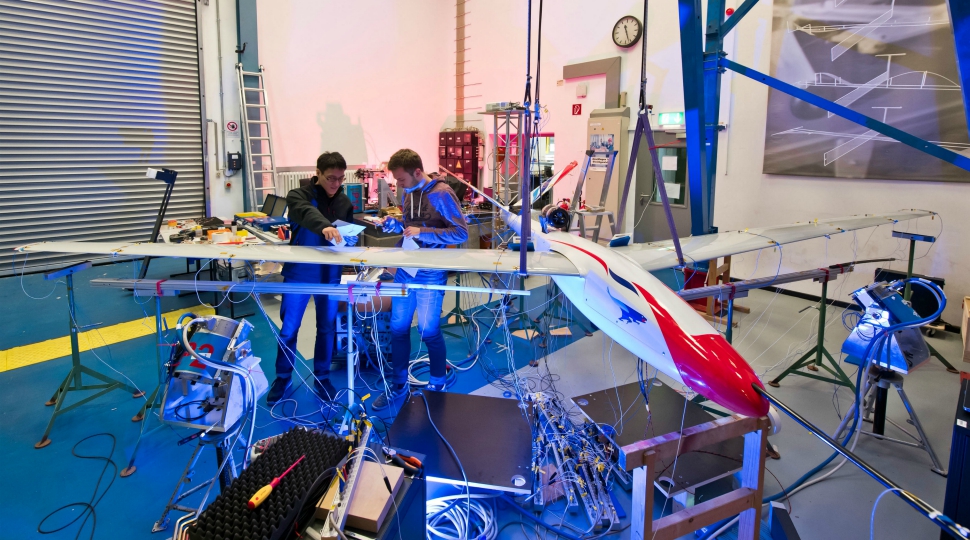 Made of carbonfibre, that wing not only bends under load – like a conventional wing – but twists much more than current designs, says Yves Govers of DLR.

The twisting – a result of a new optimised carbonfibre layer structure – enables the wing to "dodge" the heaviest loads in flight and to be as stable as a standard wing, while delivering a 20% weight saving, DLR says.

A demonstrator with conventional carbonfibre wing demonstrator was also tested under the project, to serve as a reference for the two new designs.

DLR says it will by year-end complete flight tests with demonstrators at its Oberpfaffenhofen site near Munich.

FLEXOP is part of the EU's Horizon 2020 research and innovation programme.